Disobedience has consequences. Raising our four children I often think of the hymn, “Trust and Obey.” The refrain says, “Trust and obey, for there’s no other way, to be happy in Jesus, than to trust and obey.” Our 4-year-old knows these lyrics well, as he’s often reminded, “If you disobey then there will be a consequence. We’re always happier when we choose to obey.” Sometimes the consequences of disobedience can be painful. A friend tells of a family vacation to Florida. Her daughter wanted to come back home with a perfect bronze tan, but the vacation was only a few days long. Against her mom’s clear advice, the girl decided to skip the sunscreen and spent the entire first day on the beach under a cloudless sky. Of course, that’s all it took for her to get a sunburn that kept her in agony for days. “I tried to tell her,” my friend said to me, “but sometimes you just have to learn the hard way.”

Consequences for Complaining
During the Israelites’ trek through the wilderness, they went through repeated cycles of disobedience, followed by God’s anger being stirred and Moses intervening on behalf of the people. Over and over again God was merciful, withholding the punishment they clearly deserved. But when we come to Numbers 14, God has had enough and declares judgment. “But truly, as I live, and as all the earth shall be filled with the glory of the Lord, none of the men who have seen my glory and my signs that I did in Egypt and in the wilderness, and yet have put me to the test these ten times and have not obeyed my voice, shall see the land that I swore to give to their fathers. And none of those who despised me shall see it” (Numbers 14:21-23).

The Lord is angered by the Israelites’ constant grumbling against him, along with their refusal to recognize the many miracles he has done for them. Their persistent disobedience and ingratitude have now brought about extremely serious consequences. Among those who left Egypt in the exodus, only Caleb and Joshua will enter the Promised Land; every other person will perish before their wilderness trek has ended.

But God speaks of his “servant Caleb, [who] has a different spirit and has followed me fully, I will bring [him] into the land into which he went, and his descendants shall possess it” (Numbers 14:24). So both Caleb and his offspring will be rewarded for his personal obedience to the Lord. In the same way, the judgment upon the Israelites of the exodus will also affect their children. “And your children shall be shepherds in the wilderness forty years and shall suffer for your faithlessness, until the last of your dead bodies lies in the wilderness” (Numbers 14:33). For each of the forty days Caleb and Joshua spied out the land, the Israelites and their children will spend a year wandering in the wilderness.

And so it was. For forty years, the Israelites received the consequence of their persistent disobedience and ingratitude to the Lord. If some two million Israelites had left Egypt, then on average, over the course of 40 years, about 130 of them died every single day. And every day their children watched it happen. Our choice to sin not only hurts us, but inevitably those who are closest to us. The Israelites’ disobedience affected their descendants, directly and painfully.

God keeps his promises. Near the beginning of their wilderness journey, when the Israelites were building the tabernacle, Moses took a census of the people (Exodus 30:11–12; 38:26). In Numbers 26, toward the end of their journey, a second census was taken. Verses 63-65 tell us that not one person from the first census appeared in the second . . . except for Joshua and Caleb. As God said, all the grumbling Israelites from the exodus had died in the wilderness.

Heart Check
This should be a sober reminder to us of the Lord’s desire for complete, heartfelt obedience by his people. Blessings will come to us when we choose to go his way. But severe mercies will befall us when we rebel and travel our own rocky path. Here are a few points to remember when we’re tempted to rebel against God…

1. Disobedience has consequences. Just as the complaining Israelites were disciplined through death in the wilderness, so we have consequences for our sin. Yes, God does forgive a truly repentant heart, but that doesn’t mean our lives are free from repercussions on earth. Living a life of gluttony will likely lead to health problems. Neglecting to teach our children about the Lord will often yield difficult relationships and unruly kids. Indulging in sexual immorality can wreak havoc on your marriage (or future marriage), as well as weigh you down with shame and guilt.

2. Disobedience affects more than just us. The grumbling Israelites weren’t the only ones reaping the consequences for their sin. Sadly, their children were also affected through their faithlessness and wandered for 40 years in the wilderness (Numbers 14:33). Our sin reaches far beyond our own life. The colleagues who witness you cutting corners at work, the children who see the duplicity of our lives when we’re one person at home and another at church, the spouse who is wounded through our infidelity. Our gospel witness is tainted when we walk in disobedience to the Lord’s commands.

3. True joy is found through obeying God’s commands. The lies of the world are eager for us to believe that money, or marriage, or beauty will bring happiness to our lives. But only Jesus will bring lasting satisfaction. “You make known to me the path of life; in your presence there is fullness of joy; at your right hand are pleasures forevermore” (Psalm 16:11).

How are you doing in living in joyful obedience to God’s commands? Our actions and words reveal the state of our hearts. How we live demonstrates what or who we’re putting our hope in, and whether we really believe the promises in his Word. Evaluate your heart today and repent of any stubborn, rebellious ways. And by God’s grace, choose to trust that his way will lead to ultimate satisfaction and joy in life. “Trust and obey, for there’s no other way, to be happy in Jesus, than to trust and obey.”

This excerpt adapted from Wilderness Wanderings: Finding Contentment in the Desert Times of Life.

Stacy Reaoch is a pastor’s wife and mother of four. She is passionate about studying the Bible and helping women apply God’s life-changing truths to their daily lives. Stacy is the author of Wilderness Wanderings: Finding Contentment in the Desert Times of Life. You can find more of her writing on Facebook and Instagram. 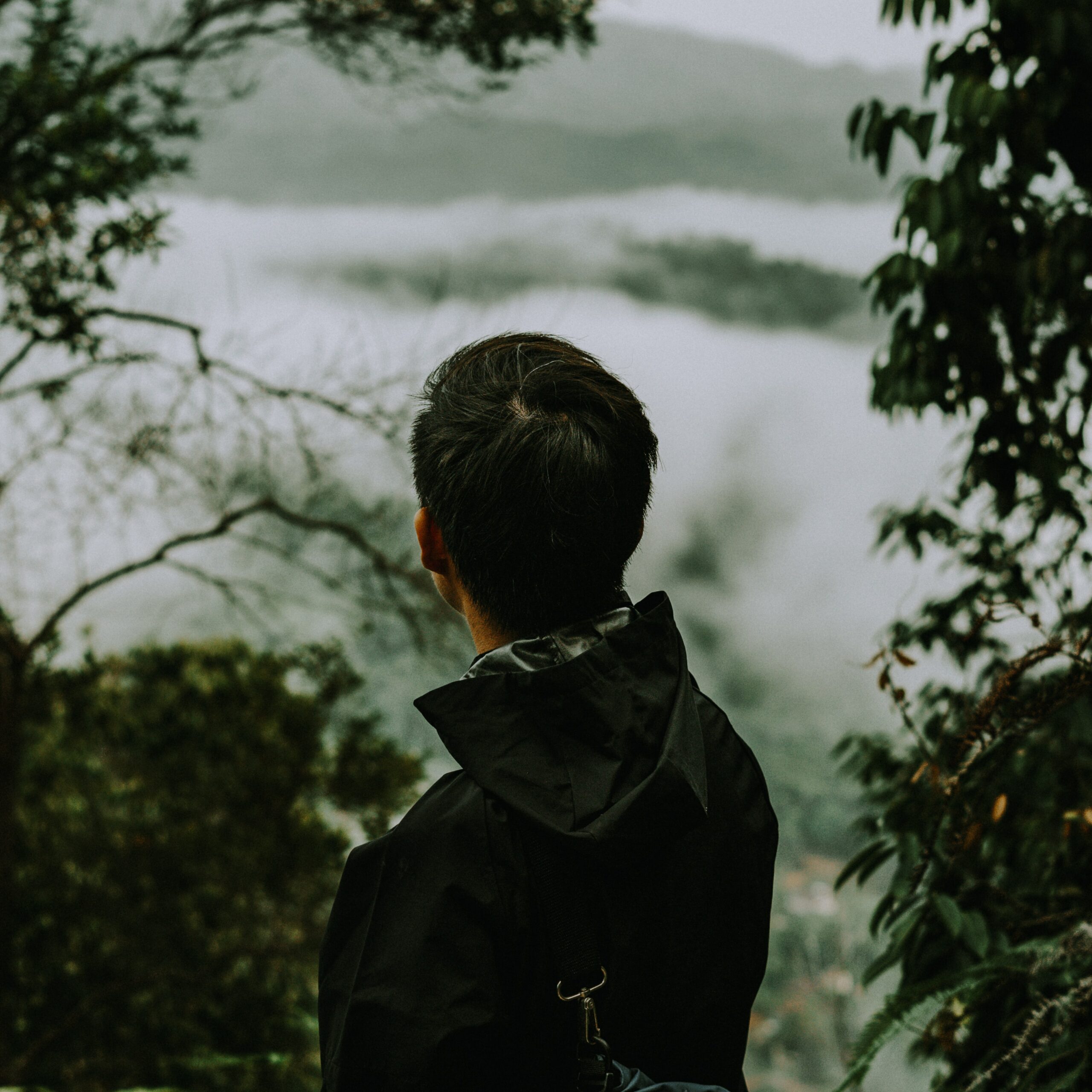 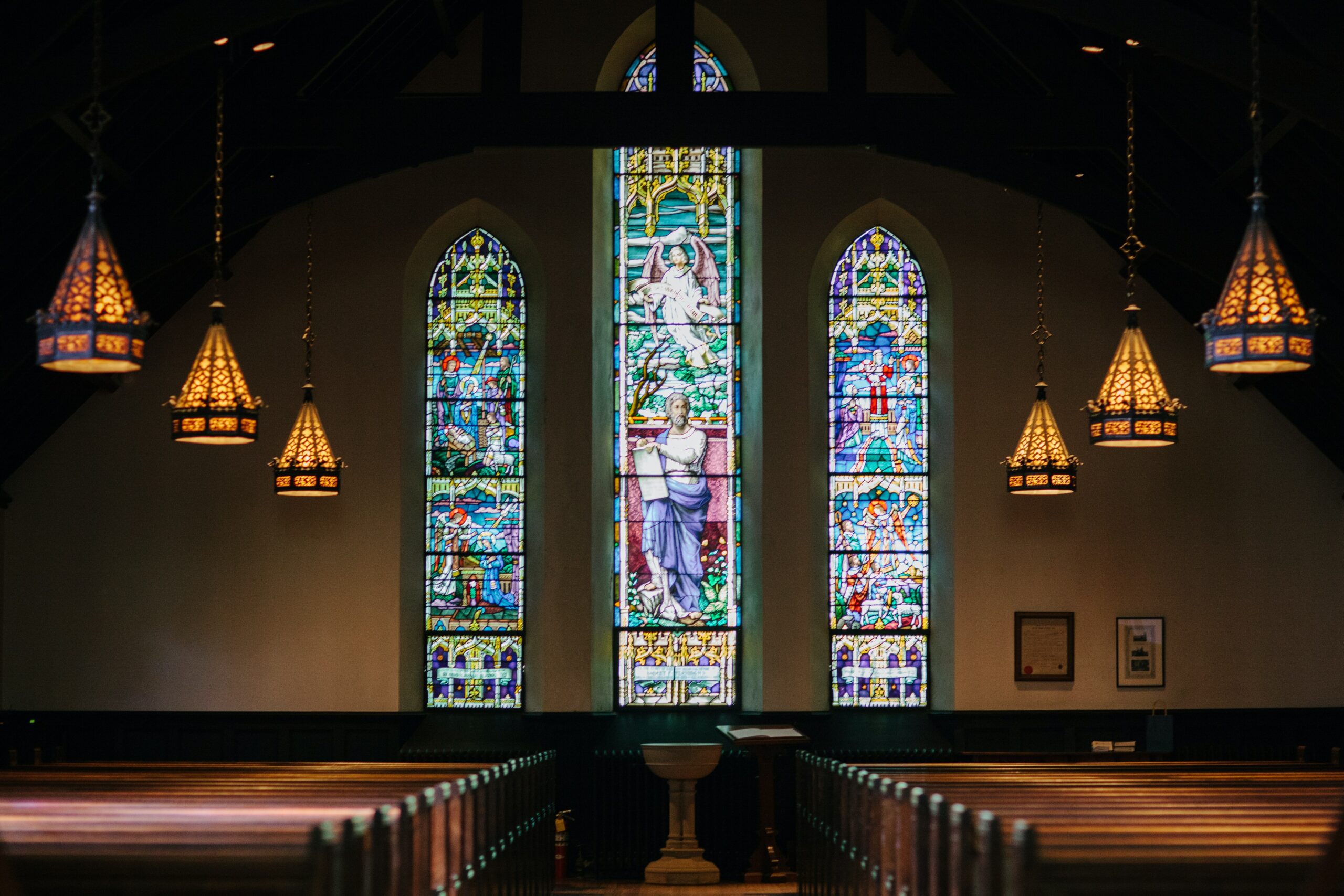 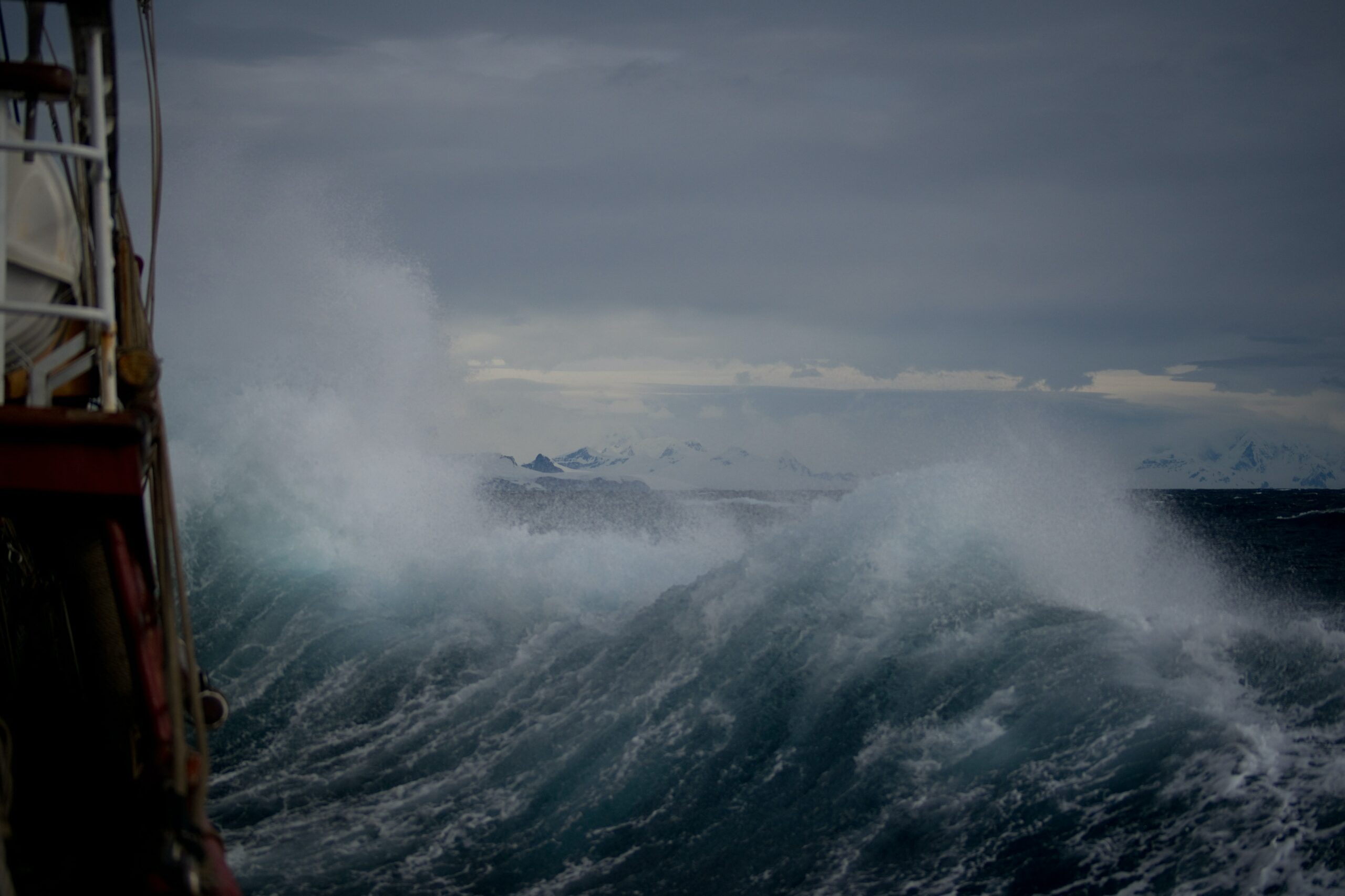 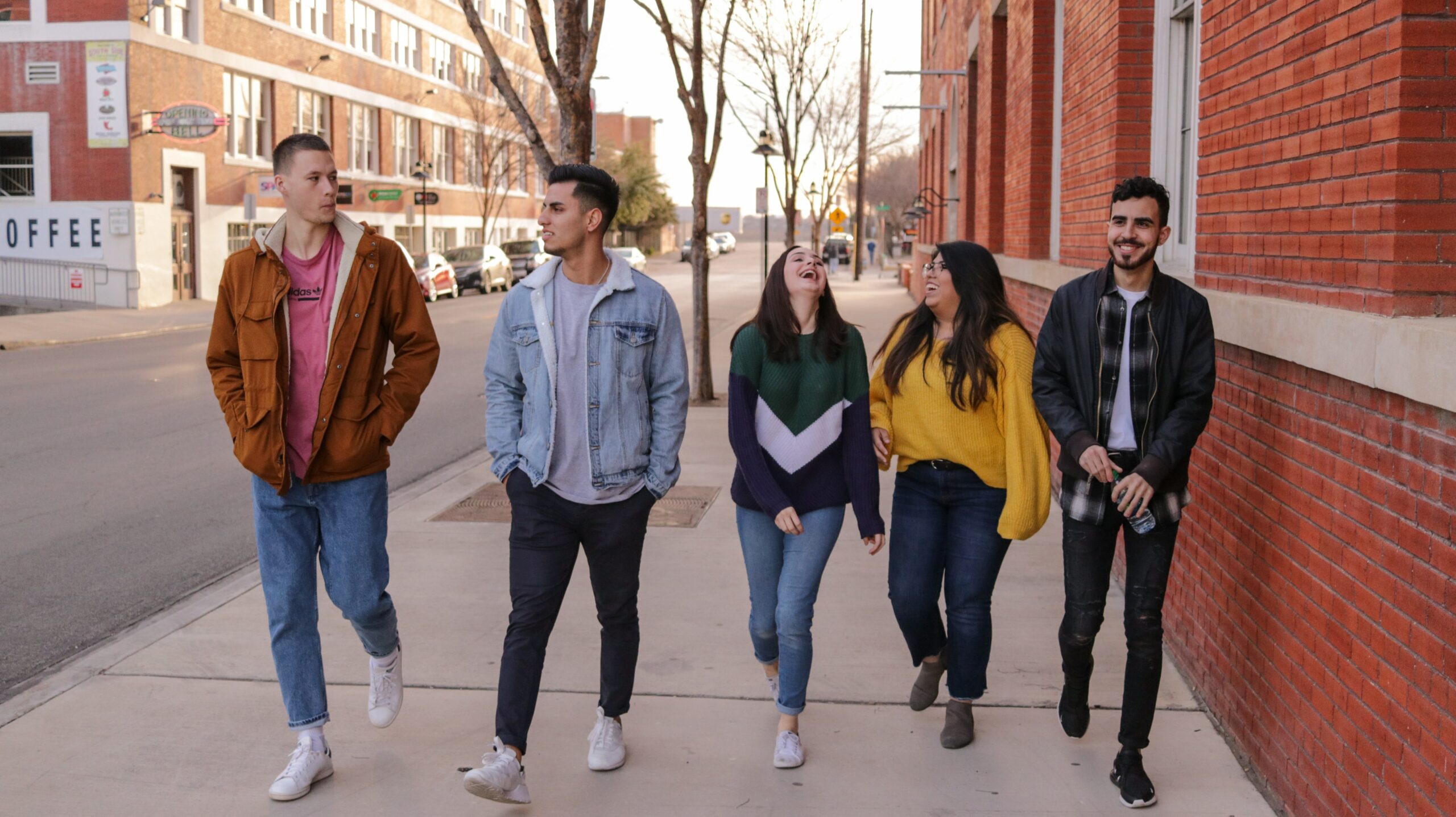 3 Ways College Students Can Have a Heart For the Nations