Reflecting on God’s glorious work in creation, David says the following in Psalm 139:13–14:

For you formed my inward parts; you knitted me together in my mother’s womb. I praise you, for I am fearfully and wonderfully made. Wonderful are your works ….

The way God creates people compels praise (Psalm 104:27-34). David says, “The way you formed my inward parts, the way you knitted me together in my mother’s womb—this work of creation evokes awe and amazement.” And it does!

David says this, but he didn’t even know what we know now. He didn’t know how God takes a little egg and sperm and brings them together; how two weeks later, a human heart is beating, circulating its own blood. Within a few more weeks, fingers are forming on hands, and brain waves are detectable. After just six and a half weeks, these inward parts are moving.

Two weeks later, there are discernible fingerprints and there is discernible sexuality. Kidneys are forming and functioning, then a gall bladder forms, and by the twelfth week, all the organs of a baby’s body are functional. And the baby can cry. All of this happens within three months—the first trimester! Heart, organs, brain, sexuality, movement, reaction, and God on high is doing all of this. This evokes awe and amazement, worship and praise.

The Crux of the Debate

Now imagine, during this time period, inserting a tool, taking a pill, or undergoing an operation that takes the life that God is designing and destroys it. This is without question an assault on God’s glorious work in creation. There is no way around this.

Most abortions take place between ten and fourteen weeks of gestation, what they say is the “optimal time” for dismemberment and removal. And the beauty of what God is doing, the intricacy of the person God is forming, is ripped apart. Now this is, in large part, the crux of any debate concerning abortion.

Some, maybe many, would take exception with me calling abortion murder. But any debate along those lines would revolve around what is going on in the womb of a woman. So what is going on in the womb? The Bible is clear on this—crystal clear. According to the Word of God, the womb contains a person formed in the image of God (Genesis 1:26-28). In the womb, God is forming a person in His image, knitting together a human being.

Now people have argued, and will argue, what full “personhood” is. When does an embryo, or a fetus, become a person? This is the most important question. Virtually every argument in the abortion controversy comes back to this one question: what is the unborn? What, or who, is in the womb? Because once this question is answered, every other question comes into perspective.

Think about it: if the unborn is not human, no justification for abortion is necessary. Some people say the unborn is not a human person. It’s just a non-viable tissue mass, merely a part of a woman’s body. Others say it’s only a “potential” human, or a human that is not yet a person.

If that is true, then the argument is over. No justification for abortion would be necessary.

On the other hand, if the unborn is human, no justification for abortion is adequate. This where I remain indebted to Gregory Koukl, who wrote a great little booklet called Precious Unborn Human Persons. It’s a great little resource that unpacks this issue. People say, “Abortion is such complex issue. There are just no easy answers.” But if that which is in the womb is a person, this issue is not complex at all. Think about it: if it is true that what is in the womb is a person, then every single justification for abortion falls apart. Consider some of these justifications that are commonly used…

“But women have a right to privacy with their doctors.” Certainly, we all have a right to a measure of privacy. No privacy argument, though, is a cover for doing serious harm to another innocent human being. We have all kinds of laws that invade our privacy when we start harming another human’s welfare. Privacy is not the real issue here.

“But more children will create a drain on the economy.” When human beings get expensive, do we kill them? Koukl mentions a little girl named Rachel, the daughter of family friends of his:

Think of a little girl named Rachel. Rachel is two months old, but she is still six weeks away from being a full-term baby. She was born prematurely at 24 weeks, in the middle of her mother’s second trimester. On the day of her birth Rachel weighed one pound, nine ounces, but dropped to just under a pound soon after. She was so small she could rest in the palm of her daddy’s hand. She was a tiny, living, human person. Heroic measures were taken to save this child’s life. Why? Because we have an obligation to protect, nurture, and care for other humans who would die without our help—especially little children. Rachel was a vulnerable and valuable human being. But get this…If a doctor came into the hospital room and, instead of caring for Rachel, took the life of this little girl as she lay quietly nursing at her mother’s breast, it would be homicide. However, if this same little girl—the very same Rachel—was inches away resting inside her mother’s womb, she could be legally killed by abortion.

This makes no sense. It’s utterly ludicrous, that is, if this is a person, if this is a child in the womb. Everything (everything!) revolves around what is happening in the womb, and Scripture is clear: the womb contains a person being formed in the image of God. You cannot believe God’s Word and deny this. Once this is realized, there is absolutely no adequate justification for abortion.

Though the unborn is visibly hidden from man, he or she is never hidden from God. Job says, “Your hands fashioned and made me …. You clothed me with skin and flesh, and knit me together with bones and sinews” (Job 10:8, 11). Oh, see what God sees in the womb. See how God is working, how he is forming, knitting, creating, nurturing, shaping, and crafting in a way that evokes praise and awe. And see how abortion is an assault on that glorious work of God.

—Editor’s Note: This article is an adapted excerpt from David Platt’s sermon titled, “Christ and Children in a Culture of Death.” Go here to view, listen to, or download a transcript of the entire sermon. 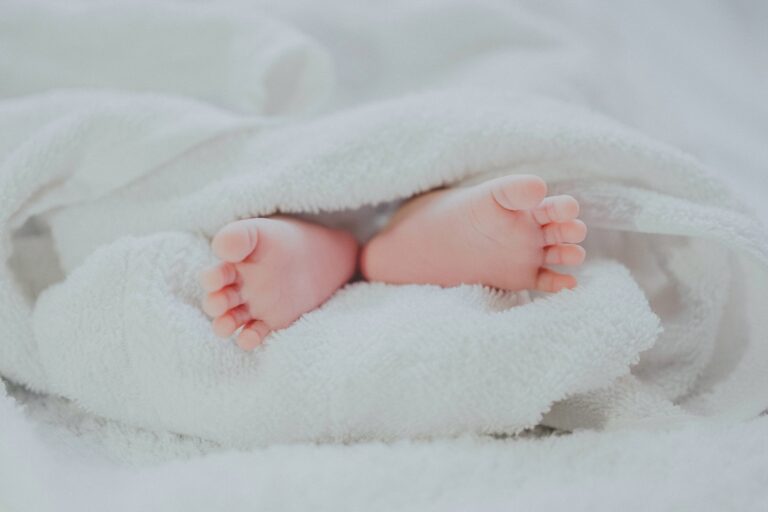