A fellow elder in our church recently warned us that false teachers don’t tell us to hate Jesus. Instead, they encourage us to think of Jesus differently, or elevate some other “value” over what Jesus taught and did. That’s happening today on the issues of sexual practice, sexual identity, and the politicizing of identity groups based on “race” and “gender” for self-righteous ends.

But clearly Jesus disapproved all sexual activity, desire, and even imaginations, outside a lifelong heterosexual monogamous marriage—whether those extra-marital desires and imaginations are heterosexual or not. And clearly, the gospel commands that we “should not call any person common or unclean”—no one is beyond the reach of forgiveness in Christ—no matter what their color, culture, or crime, since Jesus “is the one appointed by God to be judge of the living and the dead [and] all the prophets bear witness that everyone who believes in him receives forgiveness of sins through his name” (Acts 10:28, 42–43). It is our sin that must be canceled in Christ, not someone else’s skin or backstory.

Just as clearly, there have always been gospel haters, even religious ones, who “incited the devout women of high standing and the leading men of the city, [and] stirred up persecution against Paul and Barnabas, and drove them out of their district” (Acts 13:50). Unbelievers “stirred up the Gentiles and poisoned their minds against the brothers” (Acts 14:2). That too is happening still today—politicians and social influencers stirring up crowds and poisoning people’s minds against biblical Christianity, its ethic, and the people who hold to it.

But as Steven D. Smith notes, today’s battle is not so much between religion and atheism, as it is between a religion of transcendence and a pagan religion of immanence. As in the first century, so in the twenty-first, you’re free to worship the immanent all you want—anything internal, inherent, or innate—without incurring the ire of the mainstream. Everybody is fine with worshiping the creature— that’s what porn is about, or certain strands of environmentalism. You can feel free to “find your divine” in cosmic wonder or sexual ecstasy, in mind-altering substances or in the psychological self, in eastern meditation or yoga or the “god-within” of “spiritual” celebs like Morgan Freeman. The ubiquity of immanent spirituality is surely one of the reasons why the saccharine swoonings of boyfriend-Jesus ballads still waft over the airwaves of “Christian” radio.

But talk of a transcendent God—an objective Creator-Judge-Redeemer over all—and you incur vitriol and sometimes violence . . . usually resentment, at least contempt, often slander, sometimes cancellation, and increasingly, litigation. Sadly, the soft prosperity preaching of attractional evangelicalism remains as mute about these costs as a faith healer during a pandemic. But the Jesus of the Bible prepares us for persecution; so did his prophets and apostles. Pastors today should do the same.

So what are some ways that churches and pastors can equip us to stand firm against the world’s increasing opposition to the truth and ethic of the gospel, as well as those who proclaim it? Here are a few fortifications to stabilize our faith and calibrate our expectations so that we stand firm.

Consider the worthiness of Jesus.
Heaven thinks Jesus is worthy of all “power and wealth and wisdom and might and honor and glory and blessing” (Revelation 5:12). He’s worth losing all of that in this world in order to gain him forever. Why do they think that? Worthy is the lamb who was slain. The sinless Christ suffered for his people first. So he is worthy of their suffering, and their suffering for him is worth it. No one in heaven regrets suffering for Jesus on earth. Neither will you. The apostles took a beating from the Sanhedrin and left “rejoicing that they were counted worthy to suffer dishonor for the name” (Acts 5:41). Paul considered it a gift from God for Christians not only to believe in Jesus but to suffer for him and with him (Philippians 1:29). Paul found a kind of fellowship, a closeness with Jesus that he found nowhere else than in suffering for Jesus’s name (Philippians 3:8-10). Jesus is so worthy of our suffering that the apostles considered it a privilege. What is Jesus worth to you?

Consider the sovereignty of God.
Suffering with hope requires a robust view of God’s sovereignty over our suffering. For instance, Psalm 105:23–25 says, “Then Israel came to Egypt; Jacob sojourned in the land of Ham. And the Lord made his people very fruitful and made them stronger than their foes. He turned their hearts to hate his people, to deal craftily with his servants.” This appears to be happening today—God turning the hearts of unbelievers to hate his people. But that means God controls the intensity, pain, and duration of our suffering. And that is why we can suffer for Jesus with hope, because God has already sifted our suffering for us. It’s also why we can maintain a posture of forgiveness and compassion for those who persecute us, like Joseph did with his brothers (Genesis 50:20-22). Why did Saul try to pin David to a wall with a spear? “ . . . a harmful spirit from God rushed on Saul, and . . . he thought, I will pin David to the wall” (1 Samuel 18:10–11). David’s prayers in the Psalms are addressed to a God whom he knows to be sovereign … over all. He prays to the only one able to do anything about his suffering.

The early church in Acts 4 admitted in prayer that God was sovereign over the greatest injustice ever perpetrated by humanity—the crucifixion of the sinless Son of God (Acts 4:27–28). All suffering for Christ, then, is a lion on a leash. So it is still today. Those who reject Christ and lampoon his people do so because “… God sends them a strong delusion, so that they may believe what is false . . .” (2 Thessalonians 2:11–12). God is sovereign over our suffering, and even over the unbelief and anger that drives people to persecute churches and Christians. And the Bible designs this sovereignty not for our confusion but for our comfort. God reigns over our suffering, and he will end it as soon as his good purposes for it are accomplished.

Consider the cruciformity of the gospel and the Christian life.
The gospel, the life it produces, is cross-shaped. Our life comes from Jesus’s death. Our glorified existence in heaven comes from Jesus’s shame on earth. The pattern of Christ’s own life and ministry—the whole logic of the gospel—is suffering before glory. And Jesus said in John 15 that if the world hates us for following him, then we should remember that the world hated him before it hated us (John 15:18–25). We follow a hated Savior. To know Christ so as to become like him, then, we must be hated like him. This is part of our vocation, our calling as Christians. “For to this you have been called . . .” (1 Peter 2:20–21; cf. Rom 8:17).

This is what we signed up for; so we shouldn’t be surprised (1 Peter 4:12–19). On his first visit back through the churches he planted, Paul told those new converts, based on his own experience, “through many trials we must enter the kingdom of God” (Acts 14:22). Church history is summarized in Revelation 12:13, 17:

When the dragon saw that he had been thrown down to the earth, he pursued the woman who had given birth to the male child. . . . The dragon became furious with the woman and went off to make war on the rest of her offspring, on those who keep the commandments of God and hold to the testimony of Jesus.

Consider the crown of glory.
Jesus opens the Sermon on the Mount with the Beatitudes, which offer eternal reward for temporal suffering in his name. And the ones that get the most words are those about persecution:

Blessed are those who are persecuted for righteousness’ sake, for theirs is the kingdom of heaven. Blessed are you when others revile you and persecute you and utter all kinds of evil against you falsely on my account. Rejoice and be glad, for your reward is great in heaven, for so they persecuted the prophets who were before you. (Matthew 5:10–12)

Paul suffered a lot, but the reason he didn’t lose heart is that “this light momentary affliction is preparing for us an eternal weight of glory beyond all comparison” (2 Corinthians 4:17). Peter likewise encourages suffering Christians to look forward to the “inheritance that is imperishable, undefiled, and unfading, kept in heaven for you” (1 Peter 1:4).

Maybe our difficulty in hoping for that heavenly reward betrays the fact that our own theology has become so inundated by the immanent that we ourselves forget how to hope in the transcendent. Let’s remember how to hope beyond this world again. It bears repeating: no one in heaven regrets suffering for Jesus on earth. Neither will you—Jesus promises (Mark 10:28–30). 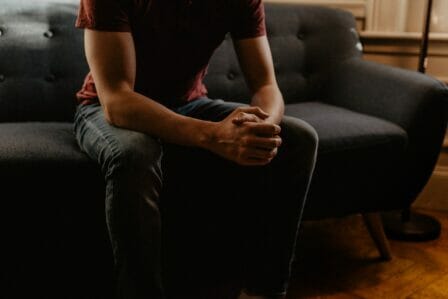 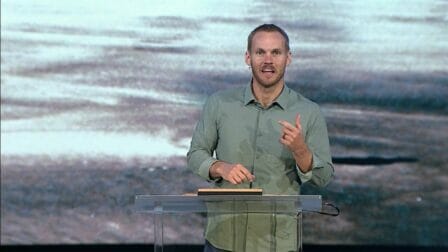 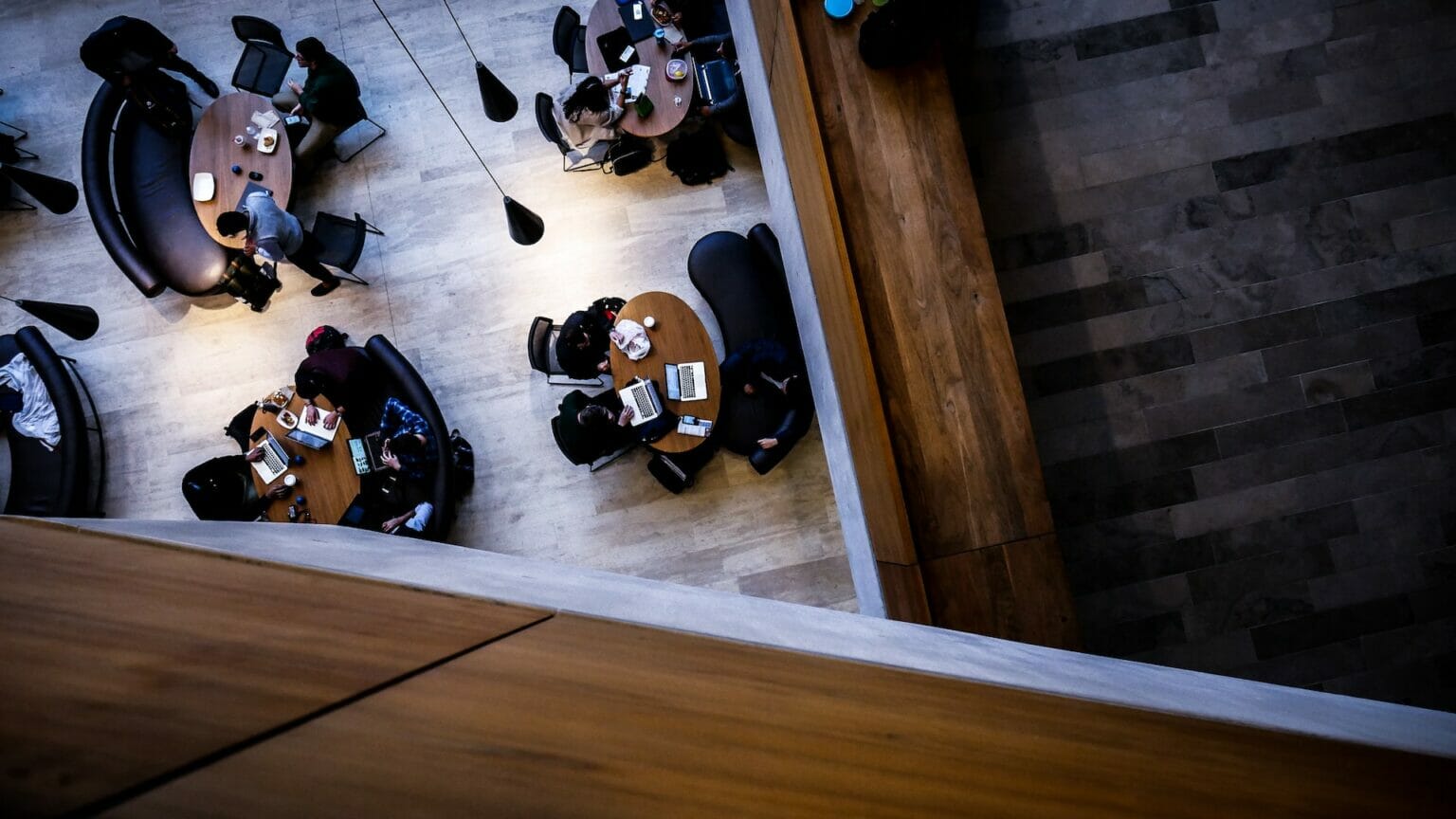 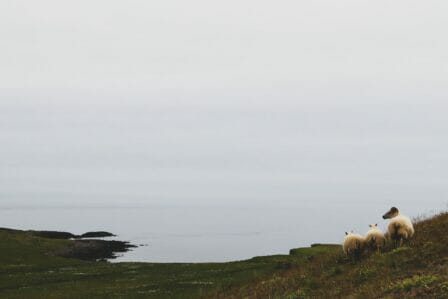