It’s third down and your team needs ten yards for a first down. Your quarterback runs from the sideline and kneels in the middle of the huddle to give you the play. Leaning in to hear the plan, you hear the words: “Once upon a time . . .” You lean in further, thinking that maybe you misheard him, and after a while you hear, “The end.”

Confused and hesitant, you look around at your teammates and ask, “Did you get that?”

You needed a play. He told you a story. Hmm. What are you supposed to do? (For our friends who don’t know the sport, feel free to replace American football with your more globally appropriate sport, and the coach is the quarterback!)

Same Book, Different Answers
It’s no secret that there is tension in the world of missions today. Much of the discussion centers on how we read and apply the book of Acts. Should we expect the gospel to run as rapidly as it did in the first century? Should we shape our strategies around Paul’s missionary journeys? Should we appoint elders relatively quickly, like Paul and Barnabas did in Acts 14? Should we shake the dust off of our feet and move on from hardened soils? These are just a few questions that emerge from the narratives of Acts. If these questions are based on the same book, why are there so many different answers? Why does Acts yield such varying approaches and practices of ministry?

One reason so few of our discussions result in a shared understanding is that we don’t go back to the root of the disagreement. I’m convinced that inconsistent application of Acts arises from our inconsistent approach toward Acts. This discussion usually centers  around whether or not the individual narratives of Acts are prescriptive, providing rules to obey or practices to imitate for the church today. That’s an important question, but it doesn’t address the underlying issue—how we approach the book as a whole.

Approaching Acts
I remember being trained in church planting before we served in Central Asia. We broke up into groups and looked at every church plant in the book of Acts. Each group looked for similarities and differences between Philippi, Corinth, Thessalonica, and the others in Paul’s missionary journeys. We saw general commonalities. We noticed some differences. Synthesizing our results, we developed a “biblical” approach to church planting to apply on the field where we were headed. Was that wrong? No. It was actually a helpful exercise. Is that approach best? I think not.

Why? Simply put, we let our agenda drive our reading. We jumped right into the middle of the story that was most applicable to our situation and dissected each episode of a church plant to find the “biblical pattern.” In an earnest desire to plant churches in the “biblical way,” our question demanded answers. We cornered Luke into giving us the “biblical method” that would yield explosive church growth like we saw in the first century. After all, who wouldn’t desire that? So, we asked the book of Acts to show us a biblical method, and to our great joy, we got it! Luke yielded the template, but we never stopped to consider if Luke wanted us to read his book in that fashion.

Our desire wasn’t wrong; we wanted to obey the biblical pattern. Our approach was off. We approached Acts as a “playbook” for modern missions. We huddled up around those tables like that American football team huddled around its quarterback. Luke knelt down in the middle of our table, having received the “play” by divine inspiration, and we leaned in, desperately wanting to know what we should do to see the mission accomplished. This is where many of us miss how the book of Acts works.

We want Luke to get straight to the point, to give us the “play.” But as we lean in, we hear him begin, “I wrote the first narrative, Theophilus, about all that Jesus began to do and teach . . .” (Acts 1:1 CSB), and then Luke continues the story for another twenty-eight chapters!  We look around puzzled. “Come on, Luke, get to the point!” We signal for him to fast forward to the church planting episodes. But Luke just stares at us and then continues on with his story. We want an action plan, but he wrote a story.

Do you sense the tension? J. Scott Duvall and J. Daniel Hayes recognize the tension when they write, “If you move straight from your initial reading of a passage to the application of that passage, you will remain tied to your previous understanding of that text.”[1] In our church planting exercise, we leaped over Luke’s intention and went straight to application, assuming that Luke simply wanted to give us the right play. We read Acts on our terms, not his.  We arrived at a “biblical model” that wasn’t first filtered through the meaning of the book as a whole.

A Story, Not a Playbook
The central question in our approach was how, and we looked to Paul for the answer. We thought running the same “play” as him would secure the same result. But is that what we mean by “biblical”? Or, to put it another way, should a biblical missiology attempt to imitate the “mission” episodes in Acts, or should it be the result of discerning the author’s intentions in narrating those episodes?

I would argue that discovering the author’s intended meaning is not only the safer path to mission implications—as opposed to the mere dissecting of each episode of Acts—but it’s also the way the Bible as a whole should authoritatively shape all our practices. Authoritative application must flow from and be tethered to an author’s intentions.

This is ultimately a question of authority and order: who gets to drive the agenda in our Bible reading? A biblical application of Acts must flow from the meaning of Acts on its own terms, not on ours. Events like shipwrecks and famines, or miracles through handkerchiefs, are “biblical” in the sense that they happen in the Bible, but we shouldn’t build patterns off of them and label them “biblical.” Why? Because events themselves do not justify emulation. Their significance flows through their meaning in terms of the author’s intentions and the wider biblical context.

Likewise, church plants in the book of Acts happen, but are they the biblical model? That question must be answered based on the meaning of Acts as a whole. So, does the book of Acts justify a “playbook” approach? Does Luke intend to tell us what to do on the field as church planters? The question for us remains: will we listen long enough to Luke on his own terms before assuming his agenda?

I think Acts does shape modern missionary practice. My encouragement to all of us would be to stay in the huddle long enough with the quarterback’s voice in our ears to hear the story, the whole story, on its own terms. Acts is no playbook, promising that if we memorize the template and run the “biblical” play, we will be faithful and fruitful. It is a story. In some upcoming articles I hope to show how understanding Acts as a story can shape our missions practices in biblically faithful ways.

Chip Bugnar
Chip Bugnar lives with his wife and four kids in Birmingham, Alabama, and serves as the Global Pastor at The Church at Brook Hills. Before coming to Birmingham, he and his family served among Muslims in Central Asia for seven years.
Topics 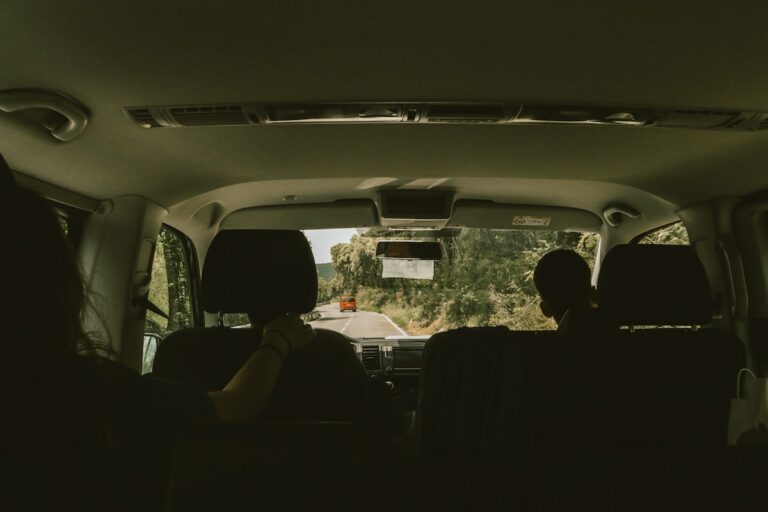 Your Conscience and Common Temptations

The Benefits of Preaching through Books of the Bible