Although my parents are American, I was born in Mexico and spent the majority of my first decade of childhood in Central America. This experience became a powerful, shaping influence in my life. As a matter of fact, it is probably the foundation for the last decade of my life, which has largely been spent focused on the mission of the church. I have passionately, and often painstakingly, developed curriculum in order to teach my own kids, as well as kids anywhere that would give me audience, about this joy-filled calling.

No guilt. No glory.

My children are nearly done growing now: three are in college and one is in high school. I am done with much of my parenting work. As a result, the temptation to wallow in the guilt or revel in the glory is strong. But by God’s grace, I will not live in the guilt of the shortcomings, and likewise, I will not boast in the glories either. Our kids are the Lord’s and He is sovereign over their hearts and lives. We, as parents, are tools that God uses in the molding of their souls. The fruit is His alone.

So “no guilt, no glory” is an excellent springboard off of which to leap into sharing with you ways we have sought to cultivate enlarged hearts for the nations in the lives of our kids.

The bottom line is this: kids can’t care about what they don’t know about. So if you want your kids to care about the spiritual needs of the nations, you must invest time together learning about them. A few tips:

Imitate: Sacrifice and Serve Together

In Paul’s letter to the Corinthian church, it’s clear he took seriously his role in discipling a generation of new believers: “For I became your father in Christ Jesus through the gospel. I urge you, then, be imitators of me” (1 Corinthians 4:15–16). In other words, Paul is saying, “Look to me and I will show you how to live.” What a beautiful but weighty example for us to follow. There is so much truth in the adage that values are ideas we catch, not merely found in teachings.

So how did we move beyond simply saying “no” to certain things in order to encourage our kids to act on the truth? Ephesians 4:22-24 was a passage we often quoted when they were young:

[You were taught] . . .  to put off your old self, which belongs to your former manner of life and is corrupt through deceitful desires, and to be renewed in the spirit of your minds, and to put on the new self, created after the likeness of God in true righteousness and holiness. (emphasis added)

When we were addressing behavior we wanted corrected, we would give our children both the “no” and the “yes.” In other words, “You may not do this, but you may do this.” While we wanted them to understand limits and boundaries, we also desired to fill their lives with freedoms and callings.

The Sacrifice of Service

With all of our shortcomings, our kids have definitely seen sacrifice and service for others modeled. They have seen their mom sacrifice her career (and therefore many dollars!) to give herself to her family and the mission of the church. The kids have seen their dad sacrifice and work tirelessly for the good of others. They have seen our family prioritize dollars for mission trips over dollars for vacations. And now, with nearly twenty mission trips between them––and personal and career skills leveraged for the good of the gospel––each of our kids has learned to sacrifice and serve others as God directs.

So pray and ask God to help your family find ways to learn together, sacrifice together, serve together, and ultimately to live more intentionally on mission together.

–– Find more on Tamarah Horton’s missions curriculum for kids and her writings at www.passporttothenations.com.

Tamarah Horton has been married for 30 plus years to Robert, her brilliant and servant-hearted engineer husband. She is also mom to four kids nearing ever closer to the end of their educational careers! She is a physical therapist by educational pursuit but functionally has operated as an educator for the past twenty years – both in her role as a homeschooling parent and as the Creator and Developer of a line of missions curriculum for kids called Passport to the Nations. 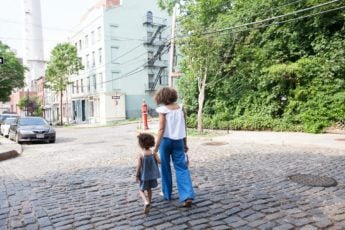