Called by a God of Love - Radical
Skip to content
Join us for Secret Church on April 21 as we study the book of Jonah. Registration is now open.

My brother gave me a Bible, and I wanted nothing to do with it. I was a good Muslim. I went to the mosque to pray regularly. Also, I fasted during Ramadan. My mother and I gave to many charities, believing that if we did good deeds, God would approve of us. But my brother brought danger into our lives.

My mother said the government would kill my brother as soon as they found out he was a Christian. She was always worrying, always afraid. He met with other Christians in secret places until one day he had to flee Iran. Before he left, he told me again to read the Bible, and he gave me a DVD about Jesus.

The message of the DVD was that God is love. It talked about love in a way I had not heard before, especially about loving enemies. Islam is always talking about an eye for an eye, but God says to love your enemies. I began to read the Bible, and I saw in the Sermon on the Mount where Jesus said if someone slaps you on the cheek, then let him slap your other cheek. This was so different for me.

I read further in the Bible into the book of John, and a passage went straight to my heart. There it says that people who believe in Jesus are sons and daughters of God. I lost my father when I was three years old, and there had been a void in me ever since. God’s Word says that we will no longer be called orphans, but God’s own children. This was a very powerful calling for me.

Giving Your Life to Jesus

It all came together one night as I slept. I dreamed that the world was falling apart all around me. The sky was red. The world was full of ashes—like Armageddon. I stood with my brother on the roof, and we saw Jesus coming in a white robe. He grabbed my brother and I yelled for him to stop. I said, “Why are you taking my brother? Why don’t you take me?” I begged Jesus to please come back, and he did. He brought my brother back and told me that one day he would come back and take both of us together.

When I woke, my pillow was completely wet with tears. I called my brother and gave my heart to Jesus. My life changed dramatically.

Now I am a refugee living outside of Iran. My brother connected me to a house church when I first believed, and I attended there, learning the Bible and meeting Christians, until my pastor was arrested by Iranian authorities. It is no longer safe for me to be in my country.

Christians in Iran need the body of Christ to support them. House churches must meet in secret, always making sure the neighbors do not see a pattern of people meeting together. They are isolated and have little opportunity to sharpen one another as iron sharpens iron.

I have a dream for my country, Iran, to become the first Christian nation in the Middle East and to spread the gospel all over the area. Iranians are open to the gospel. They are thirsty for God. My prayer is for God to save more Iranians just as he saved me. I will work for the gospel to spread in Iran and among Iranians displaced in other areas.

As Iranian Christians, we know that persecution comes with being a follower of Christ, but we follow him anyway. We share him anyway. Jesus is the way, the truth, and the life. He stands for me, and I am going to stand for him too.

Dalir* is an Iranian refugee who was forced to flee his home because of his faith in Christ. Once a devout Muslim, Dalir refused the gospel many times before he came to faith. This is Dalir’s story, although names and certain details have been changed for security reasons. 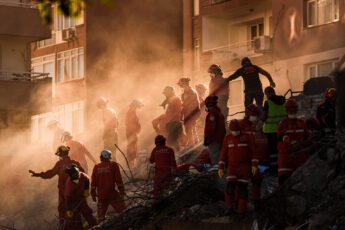 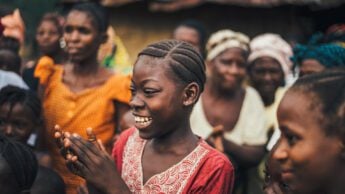 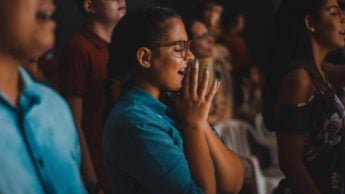