We Miss the Ordinances: A Missionary’s Perspective

Before Jesus ascended to His Father, He left His church two “ordinances”––baptism and the Lord’s Supper. Jesus commanded His followers to observe these ordinances as signs of the New Covenant and the future awaiting them in His coming Kingdom.

“For as often as you eat this bread and drink the cup, you proclaim the Lord’s death until he comes.” (1 Cor 11:26, emphasis added)

In the book of Acts, we see in the first church that “those who received his word were baptized,” (Acts 2:41), and in the next verse they “devoted themselves . . . to the breaking of bread . . .” (Acts 2:42). While we might debate the nuances of when, where, and how these ordinances were practiced historically, and even whether “ordinance” is the correct term to describe them, the fact is that these are gifts that our King has left for us as signs (or, some might say, reminders) of both our past and our future, and they ought to be practiced regularly.[1]

Unfortunately, however, because the presence of a gospel witness in our part of the world is still relatively immature, the result is that few of the fellowships calling themselves “churches” have a biblical view or practice of the ordinances. I spend lots of time with my students (I am a lecturer at a Baptist Seminary that trains pastors) guiding and directing discussions about the biblical mode, meaning, and subjects of baptism. But despite the frequency with which we discuss this topic, I rarely see it faithfully carried out. Cultural and traditional factors too numerous to discuss have virtually blockaded the biblical observance of baptism.

Similar things can be said about the Lord’s Supper; in our three years attending various Baptist churches in Africa, we have had the opportunity to observe the Supper only twice, and both times under leadership that included other Americans.

As I mentioned in an introductory post, my point is not to complain or to criticize the church in Africa, but rather to report on the status of the church’s maturity level in this region. I hope that healthier churches back home will be more grateful for the grace they regularly experience and that they will grow in their understanding of how best to pray for and minister to the missionaries they support and send out.

As Americans who have grown accustomed to observing the Lord’s Supper on a weekly basis and seeing a very regular stirring of the baptismal waters in our local congregation, the hunger and thirst for a taste of our heavenly home has gone largely unquenched. I remember well the feeling when we have travelled to neighboring countries and eaten a McDonald’s cheeseburger or a Taco Bell burrito, or the wave of familiarity and comfort we feel anytime we are visited by Americans, even if they are relative strangers. Their familiar way of acting and talking, including their topics of conversation, give us that feeling of “home.”

But this feeling should pale in comparison to the sense of “familiarity” and “home” we feel every time we witness a believer plunged beneath the waters of baptism or the bread being broken and the cup poured out. These are meant as signs of our true home, and we really miss seeing them!

This is the second article in a series dealing with the challenges of a missionary in a region where the church is less mature. For the introductory article in this series, go here.

[1]Baptists believe that baptism and the Lord’s Supper are the two ordinances that have been practiced by New Testament churches since the church’s institution in Acts 2. 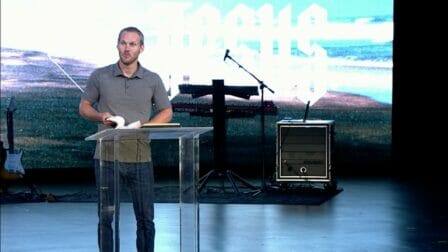