“The Lord, the God of their fathers sent persistently to them by His messengers because he had compassion on His people and on His dwelling place, but they kept mocking the messengers of God, despising His words and scoffing at His prophets, until the wrath of the Lord rose against His people, until there was no remedy.”
– 2 Chronicles 36:15–16

Jesus, we praise you for coming, for dying on the cross, rising from the grave, so we could be forgiven of our sin.

These verses are, in many ways, a summary of the story of Israel and Judah, the people of God, in the Old Testament, God having compassion on His people on the place he had brought them to dwell among them, but the people of God turning away from him, sinning against him, turning aside to all kinds of false gods, idolatry and immorality, and the Lord persistently sending messengers to them with news of His grace and His love and His forgiveness. And the people of God continually mocking those messengers and despising their words and scoffing at these prophets. And the Lord, in the end, giving His people over to themselves and their sin. This phrase, “until there was no remedy,” like you read 2 Chronicles 36:15-16, and it just feels so hopeless. You’re longing for a remedy for the unfaithfulness in God’s people.

And that leads to the second part of this chapter I want to read, verses 22 and 23. “Now, in the first year of Cyrus, King of Persia, that the word of the Lord by the mouth of Jeremiah might be fulfilled, the Lord stirred up the spirit of Cyrus, King of Persia, so that he made a proclamation throughout all His kingdom and also put it in writing. ‘Thus says Cyrus, King of Persia. The Lord, the God of Heaven, has given me all the kingdoms of the earth. And he has charged me to build him a house at Jerusalem, which is in Judah. Whoever is among you of all His people, may the Lord His God be with him. Let him go up.'”

So there was no remedy. It seemed like no hope at the end of 2 Chronicles 36:16, as God’s people are sent into exile. But years later, because God is faithful, even when His people are faithless, God makes a way through Cyrus, King of Persia, for the people of God to come back to Jerusalem and rebuild the temple there. This is such a powerful picture of hope that is found in God alone, not in ourselves, but in our God. And so, we pray in light of this, and 2 Chronicles 36.

God, help us today, we pray, to hear and heed your Word, to not turn aside from your Word as your people did over and over and over again in the Old Testament and in the New Testament. God, we pray. We pray that you would help us. Help us to obey your Word by the power of your Spirit in us. Help us to walk in obedience to your Word. Jesus, we praise you for coming, for dying on the cross. Rising from the grave, so we could be forgiven of our sin. And then, for sending your Holy Spirit and the New Covenant to live in us, that we might walk in obedience to you. We praise you for your faithfulness, especially when we have been unfaithful to you. God, help us, by your grace, by your faithfulness to us, to be faithful to you.

2 Chronicles 36:15–16 Prays for the Name of Jesus to be Proclaimed Among the Nations

God, may we lead more people to Jesus this next year than we’ve led to Jesus before. God, we pray it would be so in our lives. We pray it would be so among the nations. We pray all the time on this podcast for 7,000 people groups who have little to no knowledge of the Gospel. God, we pray that many of these people groups would be reached with the Gospel this year, as we pray, as we give, as we go, as we send.

God, we pray you would help us to faithfully make the hope of Jesus known among the nations this year. Oh God, we pray all of this according to Your Word in 2 Chronicles 36. In Jesus’ name. Amen. 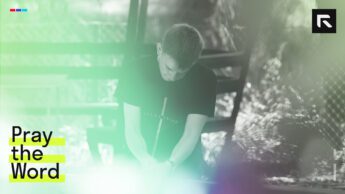 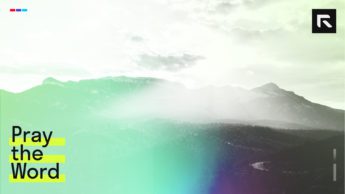 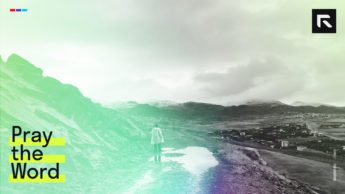