Holy Week: Resurrection Sunday (John 20:11–18) - Radical
Skip to content
Join us for Secret Church on April 21 as we study the book of Jonah. Registration is now open.

“But Mary stood weeping outside the tomb, and as she wept, she stooped to look into the tomb, and she saw two angels in white sitting where the body of Jesus had lain, one at the head and one at the feet. They said to her, “Woman, who are you weeping?” She said to them, “They have taken away my Lord, and I do not know where they’ve laid Him.” Having said this, she turned around and saw Jesus standing, but she did not know that it was Jesus. Jesus said to her, “Woman, who are you weeping? Who are you seeking?” Supposing Him to be the gardener, she said to Him, “Sir, if you have carried Him away, tell me where you have laid Him, and I will take Him away.” Jesus said to her, “Mary.” She turned and said to Him in Aramaic, “Rabbani,” which means teacher. Jesus said to her, “DO not cling to Me, for I have not yet ascended to the Father, but go to My brothers and say to them I am ascending to My Father, and your Father, to My God and your God.” Mary Magdalene went and announced to the disciples, “I have seen the Lord,” and then He had said these things to her.”
–  John 20:11–18

Christ has conquered death and united us with Him. In light of the reality of the resurrection, we live in this hope.

How fitting that it’s Mary Magdalene, who was among the earliest witnesses to this empty tomb. This woman who had been healed of demons. She was the epitome if who Jesus had come to love, to seek, to save, and now, because of her devotion to Him, she went to the tomb early on this Sunday morning.

She was obviously distraught when she saw Jesus’ body wasn’t there. And she assumed somebody had taken it away, and the idea of a resurrection was the last thing on her mind. When Jesus appears to her, she mistakes him for the gardener, and that’s what I love about this passage. It’s as soon as Jesus says her name that her eyes are opened, and she recognized Him immediately. Just like Jesus had said, remember in John, He said, “My sheep hear My voice, and I know them, and they follow Me.” That same holds true today.

God Invites Us Into A Relationship With Him

He who believes in Me, though he dies, will live. I think about people in my life, who I love, who have died, but they’ve died with faith in Jesus. I know where they are. They have eternal life. There’s hope beyond death. Think about somebody, two people that died this week that I know, and I know that they had put their faith in Jesus, to forgive them of their sins, so I know they have hope beyond death. This is glorious news, and to think that it’s personal news.

He calls our names. He makes that possible for us. That means we have nothing to fear in this world. If we don’t have to fear sin, we don’t have to fear death, then what do we have to be afraid of? We should celebrate that on this Easter Sunday morning. We pray, God, thank You. Thank You, thank You, thank You for calling our names. God, I am assuming that people who are listening to this right now have placed their faith in Jesus for forgiveness of their sins, and trusted in Jesus for eternal life, but God if there’s anybody listening right now who’s not done that, God I pray that today would be the day when they put their trust in You, and they hear You calling their name, and they trust in You. What Jesus did on the cross, in the resurrection, to be forgiven of their sins, to receive hope from You. God, we praise You for that hope. We pray, I praise You for the two people I know who died this last week. I just praise You that in the grieving for them, there is grief with hope.

Because we know where they are. We know they have eternal life with You. I just praise You for that truth, and not just in other people’s lives. I praise You for that truth in my life. Praise You for myself, and for others who are listening to this, that we don’t have to be afraid of anything in this world, because Jesus has conquered death, and nothing, nothing can separate us from Your love, not even death itself, and from the life that You have designed for us. Oh, glory be to Your name, Lord Jesus, the risen king. We love and we worship You on this Easter Sunday, and we pray these things in Your name. Amen. 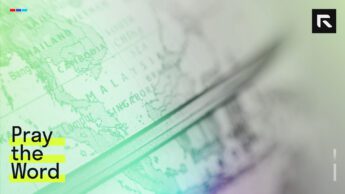 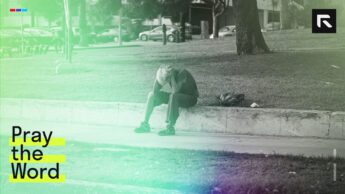 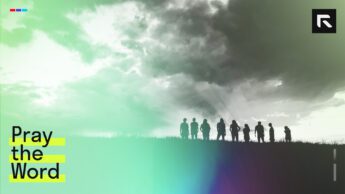 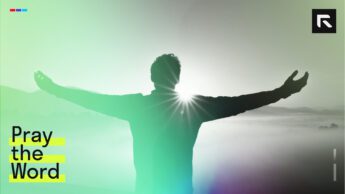