Even John the Baptist, the one whom Jesus referred to as greater than all the Old Testament prophets (Matthew 11:11), struggled with doubt when it came to Jesus. We get a small glimpse of John’s struggle in Matthew 11:2–3:

Now when John heard in prison about the deeds of the Christ, he sent word by his disciples and said to him, “Are you the one who is to come, or shall we look for another?”

By this time, John had likely been in prison for a while. And he was perplexed: what is going on? And what is Jesus doing?

This is an honest question from a guy who was struggling with faith. He says, in effect, “I’ve believed that you are the Messiah, but I’m starting to wonder, ‘Are you really the one, or is there someone coming after you?’” Which begs the question: what is causing John to even doubt Jesus at this point?

The Anatomy of Doubt

This is where I want to highlight the anatomy of doubt. Because I think we often find ourselves doubting for similar reasons. In order to see what’s behind doubt, consider three things in particular that arise from this passage.

Here was John, a prophet in the wilderness who had proclaimed God’s Word with boldness, preparing the way for the Messiah, pointing people to Him. But now, as a result, he was experiencing shame, hunger, physical torment, emotional struggle, sitting there alone in prison. You can’t help but think of Elijah, tired and running from Jezebel in 1 Kings 19, just ready to give up.

Accompanying difficult situations were unmet expectations. After all, this is the Messiah of whom it was prophesied, he will “proclaim liberty to the captives, and the opening of the prison to those who are bound” (Isaiah 61:1; see Luke 4:18). On a broader level, it was becoming clear by this point that Jesus was not meeting many of the expectations that many Jewish people had for the Messiah. John had prophesied, “Judgment is coming with the Christ,” but the Roman system was still in place. And John was in jail because of it!

Roman authority still reigned, sin was still rampant, and political and religious corruption still ruled. In short, everything seemed like it was the same as it had been for generations. So John is thinking, “Isn’t the Messiah the one who is going to deliver us from all of this? Instead, he’s spending time with irreligious sinners, teaching them about forgiveness, and he’s not fasting.”

John simply didn’t understand everything that was happening (or not happening) around him, so he sends these disciples with this question in Matthew 11:3. And the reality is, many of our questions and doubts often spring from these same things. It’s often in the midst of challenging and difficult circumstances when faith is hardest to come by. Especially when we have been walking with the Lord, faithfully serving and worshiping Him, and tragedy hits.

Or maybe its multiple tragedies. Or maybe even just varying trials. And you start to think, “God, where are you? Why is this happening? I don’t understand. I’m trying to serve you, and this seems to be keeping me from serving you.”

We need to recognize that we always have limited perception. John the Baptist had no idea how this story of Jesus the Messiah was going to play out; he had no idea all that God was doing to usher in a totally different type of kingdom that was more than just a political regime change; he didn’t realize that God was ushering in the redemption of the entire world. His perspective was small.

We too must remember this whenever we go through trials and difficult situations that leave us with unmet expectations when questions begin to rise up within us: “Is God real? Is God great? Is God good?” It’s then that we need to remember that our perspective is always limited, and we have no idea what God is doing.

The Answer to Doubt

In addition to seeing the anatomy of doubt, we also need to see the answer to doubt, both in this text and in our lives. And the answer seems to be twofold.

Jesus answered John’s disciples as follows: “Go and tell John what you hear and see,” and then he uses phrases taken from Isaiah 35 and Isaiah 61—and allusions to numerous other prophecies of the Messiah—to show that he, Jesus, is indeed the Promised One. For instance, the blind receive their sight, which never happens in the Old Testament. Yet, it was promised in Isaiah 35:5 that “the eyes of the blind shall be opened.”

Interestingly, the passages that Jesus is alluding to here from Isaiah 35 and Isaiah 61 (and others) refer not only to healing but to the judgment that the Messiah will bring. It’s as if Jesus is saying to John, “See evidence of the inbreaking kingdom in these works, and trust that I am going to bring full and final judgment” (which he addresses later in this chapter).

So the first antidote to doubt is biblical revelation, the Word of God. God will be true to his Word always, so to fight doubt without a foundation in the Word is futile. I was talking with someone recently who was going through an extremely difficult, trying time, and they said to me, “Apart from the Word of God, I would be lost.” And it’s true: God’s Word is a rock. That doesn’t make everything easy, but it does keep your feet out of sinking sand amidst difficult situations and unmet expectations.

After alluding to these verses in the OT, Jesus ends this section by saying, “[B]lessed is the one who is not offended by me” (Matthew 11:6) or as another translation says, “who does not stumble on account of me” (NIV). Jesus is referring to someone who trusts in him. Amidst difficult situations and unmet expectations, even when it’s not easy and seems contrary to reason and everything you think about the way things should be, based upon biblical revelation, Jesus says to trust in him. Trust in him, and you will be blessed—that’s a promise. 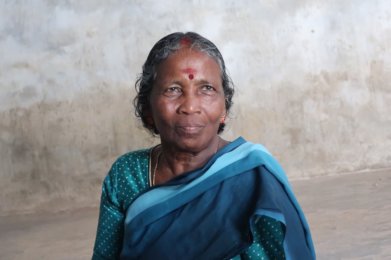 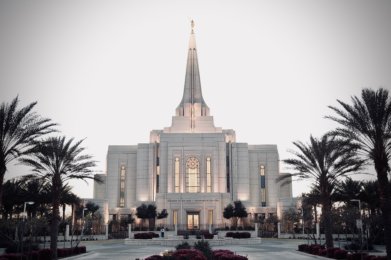 Four Things to Remember When Sharing Christ with a Mormon 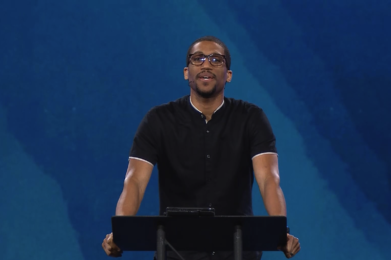 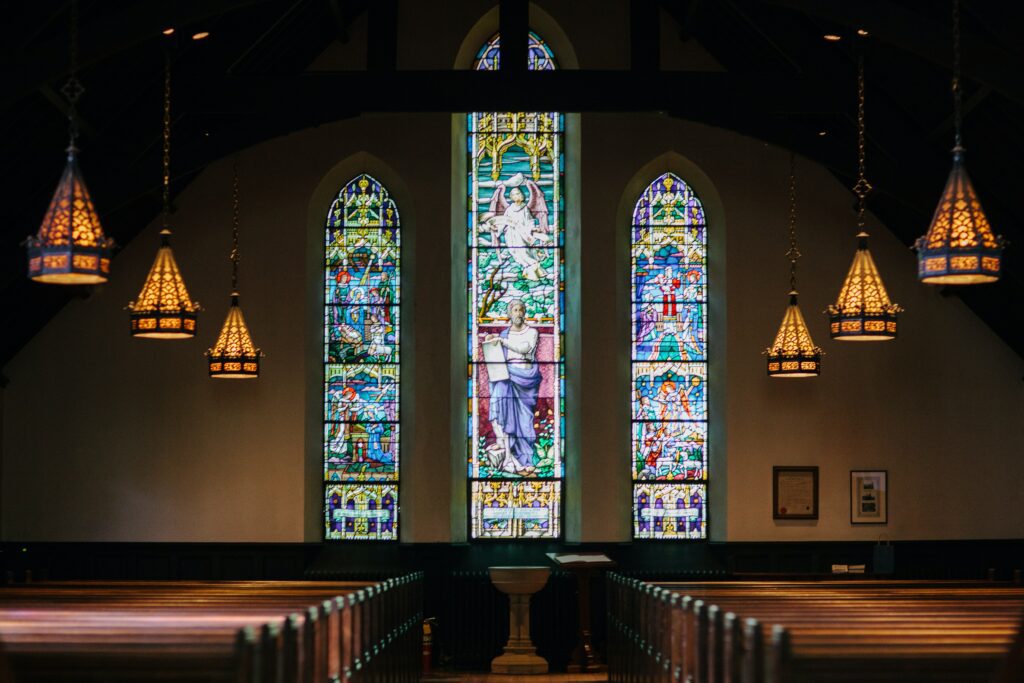