What Does it Mean to be Pro-Life? - Radical
Skip to content

Sanctity of Human Life Sunday can be a good reminder for Christians to seek justice for our neighbors, particularly the most vulnerable among us. And no one is more vulnerable than the unborn. But, if we’re honest, seeking justice for the unborn can seem daunting.

Looking at the Numbers

We Are All Image Bearers

If we believe each of these are persons, who bear the image of God, then we must first weep at a culture that considers their lives so worthless and expendable. We must lament our inability to find a home for the unwanted. And we must examine the way we use language to seek to justify what we are doing. Even the word “abortion” as a euphemism masks what is actually taking place when a baby is extracted from a mother’s womb and deliberately killed. Mike Cosper, writing of the way we politely discuss the taking of innocent human life, says we have, “imbibed a … disenchanted language that looks at bodies and refuses to assign them any meaning beyond being ‘products of conception.’”

It is even more sorrowful when we consider that the abortion industry disproportionately targets the most vulnerable. For instance, a high percentage of babies with Down’s Syndrome fall victim to abortion, often with the encouragement of those in the medical profession. This is done so that parents can escape the risk of parenting a special-needs child.[1]

Iceland recently boasted of “eliminating” Down’s Syndrome. in reality, the boast was of eliminating babies with Down’s Syndrome.[2] This kind of elimination of disabled children reflects a view that societies only want, and parents have the right only to choose, the fittest, most desirable children. This Implies that Down’s kids do not fully possess dignity and worth. Charlotte Fien, who has Down’s Syndrome, recently testified before the United Nations and pleaded, “We are still human begins. Human beings. We are not monsters. Don’t be afraid of us. We are people with different abilities and strengths. Don’t feel sorry for me. My life is great … Please do not try to kill us all off.”[3]

Also disturbing is the way abortion providers like Planned Parenthood seem to target predominantly minority populations. Women of color are five times as likely to have an abortion.[4] Abortion kills black children at three times the rate of white children.[5] There are a variety of factors that lead to this reality, but among them is the intentional placement of abortion clinics in high minority population centers.

If we believe that each human life is knit in the womb of a mother by a loving Creator, we must look past the euphemisms and champion human life, at its most vulnerable state. Where others speak of a fetus, a clump of cells, we have to say, “There is a person there.”

A decision to abort a child does not, of course, happen in a vacuum. A variety of factors, including a lack of adequate resources, form a perfect storm that leads a young woman in distress to choose to end the life of the child within her womb. Economic and social conditions—poverty, family dysfunction, systemic injustices, all contribute to the reality that for many young, pregnant, unwed women, there simply seems to be no other choice but abortion. They face an uncertain future, with little or no financial support, and (in some communities) the deep shame of living as an unwed mother.

So it is not good enough for us to claim we are pro-life simply by standing on the sidelines and shouting about abortion every four years. At times the pro-life movement receives criticism for having little concern for babies once they are born or for the dignity of the working poor. I think most of this criticism is unfair, given the generosity and good-heartedness of most who call themselves pro-life. Still, we should hear this criticism. We need to get involved, to understand, to help, to be pro-life after birth as much as we are pro-life before birth.

The Church and Pregnancy Resource Centers

It encourages me to see the way in which the church is present in many of these spaces, through ministries such as pregnancy resource centers (PRCs). I’ve visited many of these centers around the country and it always amazes me to see their effectiveness. And in particular, the way gifted, compassionate, gospel-centered volunteers love pregnant women and give them encouragement and hope.

For many young women, this is the first time they realize that there is an option besides abortion and that there is a community that stands ready to help them raise their child. The best PRCs not only offer medical services but also help provide important practical resources for their new babies. This includes resources such as parenting classes and counseling. Studies have shown that PRCs are some of the most effective ministries at lowering the abortion rate and also setting up young women on a pathway to flourishing.[6]

And yet we can do more to create better conditions to prevent abortion from becoming the first choice for women in crisis. We should consider the ways in which economic structures and health care policies might work against a culture of life and squeeze the poor or isolated into situations where abortion seems the only option.

Building a Community That Takes Action

We should also open up our homes for adoption, foster care, and other ways in which we can welcome vulnerable and unwanted children. Our churches should build strong communities around single mothers. As well as families with children who have special needs, and post-abortive women who wrestle with guilt and shame. We need churches where women are willing to give the time and emotional energy to guide young women to become flourishing moms. And also men who can help younger men become fathers who stand by their families and step up to their responsibilities. We need to speak out for any marginalized people group whose voices have been silenced.

This is not a Zero-Sum Game

We should also resist a zero-sum approach. Sometimes the pro-life movement hitches itself to unsavory politicians and power. This allows the pro-life movement to become a mascot for other political causes. Even some that deny the dignity of other people as if legalized abortion were stopped tomorrow. It would be the end of assaults on human dignity. But this is not a zero-sum game. If being pro-life is simply about unthinkingly voting for a political party that opposes legal abortion without considering other issues of justice, then we must ask ourselves if we are truly pro-life.

To be pro-life is a way of life. It is an approach that moves us to lend our voices, our prayers, our influence, and our resources to come alongside those whose flourishing is being threatened and whose dignity is being assaulted.

— This excerpt is taken from Dan Darling’s recent book, The Dignity Revolution: Reclaiming God’s Rich Vision for Humanity. Daniel Darling is one of the speakers for this year’s “Evangelicals for Life” conference in Washington D.C. To learn more about the conference, go here. 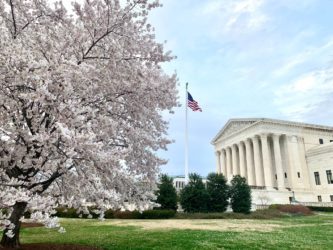 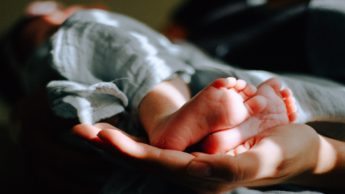 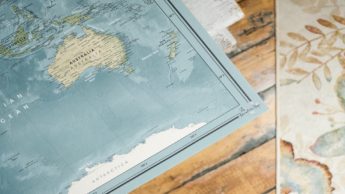 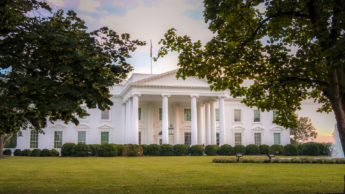 Some Things to Know about the Winner of the 2020 Election