In the fifth grade, I began going to a Christian school that regularly played the Left Behind movies. A substitute teacher or the teacher played them if they wanted to do something other than lecture. This was my introduction to eschatology—Kirk Cameron, America, and Israel. This is what I would have told you was the crux of the book of Revelation.

Missing the Point of Revelations

Many people have made predictions about the end of time based on their reading of the book of Revelation. I recall seeing charts in Sunday school classrooms picturing supposed, precise explanations of the millennium. All of this perplexed us, particularly given that our study of the Bible aimed to grow us in the grace and knowledge of Christ. However, when it came to the book of Revelation, we often missed the point. And we aren’t the only ones.

Recently, as I drove in my car scanning through random radio stations, I heard the following line: “I am not saying Donald Trump is the anti-Christ, but . . .” Apparently there are entire radio programs devoted to speculating about the end of the world. Sadly, this kind of speculative focus completely misses the point of Revelation. In the video above, David Platt helps us center our mind’s attention and our heart’s affection on the aim of this book:

Revelation was not written to create confusion for the Christian, cause division in the church, or promote speculation about the coming of Christ. God gave us Revelations as an unshakable hope to suffering Christians in the present.

The Church of Ephesus

When our emphasis in studying Revelation is simply on speculating about the end of the world, we miss the riches that are afforded to us in Christ. We become, in a sense, like the church of Ephesus that Jesus addresses in Revelation 2.

In the first of His letters to the seven churches in Revelation, Jesus commends the church at Ephesus for their intolerance of false doctrine. They would not allow heresy to exist in the church. They also labored and toiled for the advancement of the gospel. Yet, after these commendations, Jesus then pronounced a stinging indictment: these Christians had lost their first love (Revelation 2:4). They did all of these good things, knew all of this truth, all while failing to love the One who is the way, the truth, and the life (John 14:6).

Our reading of Revelation often leads us to be like the church at Ephesus. We do not gaze upon our first love but delve into speculation. We neglect the hope in Christ that this letter presents. Be like the psalmist who sees God as his “refuge and strength, a very present help in trouble” (Psalm 46:1). We should be able to see Christ in the book of Revelation and say,

In light of God’s goodness and grace, we can take refuge in Christ even when it seems as though the world is coming undone.

May we soak in the riches of the book of Revelation. We need to see it was meant for our unshakable hope as we wait the day when a multitude from every tribe, tongue, and people group on the planet surrounds the throne in the presence of our Conquering King.

Listen to the rest of this sermon on Revelation from David Platt. View the entire series of sermons on the book of Revelation. 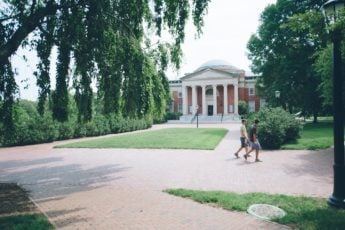