Children in Namibia on The Greatest Journey - Radical
Skip to content

How do you reach children in Namibia with the gospel? And beyond that, how do you teach them what it means to grow in Christ?

One way to do it is through the discipleship material from Samaritan’s Purse called The Greatest Journey (TGJ). In the interview below, Jimmy Nel, Namibia National Discipleship Coordinator for Operation Christmas Child, talks about the work that Samaritan’s Purse is doing in places like Namibia, where 22 of the 29 people groups are listed as unreached.

1. Share an example of how has The Greatest Journey (TGJ) has been used to change someone’s life?

Gideon Libondwa, age five, lives with his grandparents in a town called Tsumeb in Northern Namibia, Africa, while his parents live in another town due to work commitments. Because of his bad behavior, Gideon was expelled from several kindergartens, and he literally moved from one kindergarten to another. His biggest problem was bullying other kids, and he might even beat up ten children per day. This made his parents and grandparents feel hopeless. It was after joining Gifted Kids Kindergarten in Tsumeb in 2014 that his life changed for good. This was where he met Ms. Toneth Gases, who started teaching him The Greatest Journey (TGJ). He stopped beating other children, and when beaten by others, Gideon reported it to his teacher rather than take revenge.

Data from a Primary School in Namibia

A recent survey in a primary school in Windhoek, Namibia, revealed that 61% of the children indicated having been bullied. Bullying leads to further problems, such as school dropouts, suicides, etc., and this reality has prompted the government of Namibia to act. According to a newspaper in Namibia, The Ministry of Education, Arts, and Culture, with assistance from UNICEF, the European Union, and the Namibia Institute of Democracy (NID), officially launched their anti-bullying campaign called “Stop Bullying, Start Caring.” We believe that Gideon’s story is a true example of how we, through the TGJ, can play a key role in addressing and solving this problem in our nation.

The greatest impact we had since the start of TGJ in Namibia is the confidence it brought to children’s Sunday school teachers, as well as the way it involves children in a lesson. Gone are the days when teachers struggled to prepare and present a lesson in order to interact with children. TGJ is a powerful tool, a constant reminder of what Christ has done. Every time the children see the book they think about their relationship with God.

2. How is TGJ and the work you’re doing allowing you to get access to hard-to-reach places?

Through word of mouth, more and more partners and volunteers are coming on board as they too want their children to experience the same joy, being willing to take the program to the most remote areas. Churches in Namibia have been struggling for years to obtain suitable material and training for Sunday school teachers; seeing this program as an absolute solution to their problem.

3. Why do you stress ongoing discipleship?

We believe that the shoebox really excites the child, but does not necessarily change his or her character and lifestyle. Discipleship is a way of grounding new believers, without which many will fall away from the faith. It’s the backbone of our faith, and the only way to multiply the truth about Christ in the lives of His followers. Those who have questions should be allowed a platform to discuss them with mature Christian teachers. Discipleship produces a loving and lasting relationship with the Lord and with one another.

4. How does your work connect people to local churches, and why is that so critical?

We noticed that once a child’s life has been changed, it is only a matter of time before the parents will also join the church. One example that has been reported is Martha Urikos, Sunday school teacher of the Lutheran church Block E, Rehoboth, Namibia, who said that the parents of Carlos Uirab (age 12), Maria Witbeen (age 14), and Thando Schuster (age 11) came to the church asking what was being done with the children because the children were now praying in the morning at home, something that never happened before. Parents who have experienced the change in their children are so moved by it that they are now availing themselves as volunteers, and they want other parents to experience the same joy and peace as they have. So many mothers are now becoming Sunday school teachers.

5. What are some of the biggest needs you see?

The biggest problem in our communities revolves around broken homes and single parents. Children are victims of sexual exploitation in every form. Many Sunday school teachers in Namibia are not literate in English and they find it difficult to fully understand and present the discipleship lessons. This requires continual follow-up training for teachers as well as regular visits to support and mentor them. The process of translating the TGJ material has started, but we still have a few languages that we need translations for. 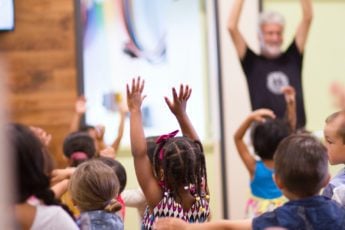 How to Pray for the Ugandan Church 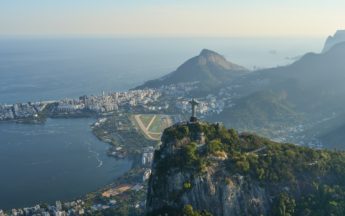