India is our prayer focus for Secret Church 16: A Global Gospel in a World of Religions. India is a country with rich culture and diversity. When you think of India what comes to mind? You might be surprised that many common beliefs about India are actually untrue. We’ve provided you with five common myths about India, though there are plenty more out there. Do any of these surprise you?

While the Taj is unquestionably one India’s most famous landmarks, there is much, much more to see in the country. India’s history dates back thousands of years. It is the second largest country by population and seventh by land mass. Enormous urban areas like Mumbai and Delhi are drastically different from rural Indian villages. Historic temples and landmarks abound. India stretches from the Himalayas in the north to the Indian Ocean in the south, with famous rivers like the Ganges in between. There is much to see and do in the diverse land of India.

3. All Indian food is spicy is a myth.

While this is mostly true, not every dish in India will leave you breathing fire. Indian cuisine varies throughout the country (See our previous blog post) and is all over the scale from not spicy to very spicy. If you’ve never tried the food because you have a low spice tolerance, go to a restaurant and ask the server to recommend something mild. The flavors of India are too good to miss! On top of that, not every Indian dish is curry based.

4. India is always hot and rainy.

As you probably read above, the terrain of India is as diverse as its people. Likewise, India’s weather is incredibly diverse. No doubt that many areas do get extremely hot and humid, some places in India get very cold in winter months and others are known for mild temperatures year round. Since India covers so much land mass, saying that the weather is all the same is like saying that the northern and southern United States are always hot and humid.

5. A myth about India is it is full of elephants and snake charmers.

Elephants can be found in India, but are not plentiful in most places. To find one, you would most likely need to go into rural, jungle areas. And though it may be disappointing to some, snake charmers typically go to where tourists frequent and are not plentiful throughout the country.

Stay tuned to learn more about India’s incredible culture and people. Join us as we pray for India and the persecuted church. If you haven’t already, sign up for the Secret Church Simulcast here. 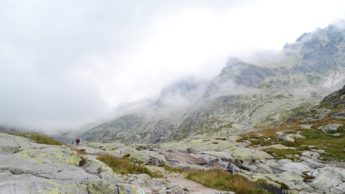