Trusting the Author of Your Story

Have you ever loved a certain author or filmmaker? Has the way someone told stories ever deeply moved you? If I enjoy a particular storyteller, I tend to devour all their work. There’s something about knowing the storyteller that gives me hope in how the story will go. And, after experiencing many of their stories, I tend to know what to expect. Predictability grows with our exposure to the storyteller.

Imagine if you were told an author was going to write the story of your life. You would ask, “Can I read the stories they have written before?” and you would pour over them fervently. What does this author tend to do to her characters? Can I trust her? How does she relate to her characters? You would want to read both the stories she tells as well as everything about her. What happened to her? Does she personally know what she is putting her characters through? What does she value? The list goes on.

While this may seem like a crazy thought exercise, there is a sense in which it corresponds to our own lives. There is an Author whose hand is in our story. And the story is already written out.

David captures this point poignantly in Psalm 139:16: “… in your book were written, every one of them,    the days that were formed for me, when as yet there was none of them.”

Our days have been written. God is sovereign over our story, in complete control of it. I think we tend to stop there in our discussion of God’s sovereignty. However, having an all-powerful being in control is not inherently good news. History shows us that, at a human level, having someone in control does not mean everything is automatically great.

The Question that Lingers
The question that lingers in our hearts is not “Is God in control?” (although this is also an important question to grapple with). The question our hearts are left with is actually, “Is this in-control God loving? Is he kind? What can I know about him?”

It isn’t good news that my story has an author if the author is dismissive and cold and uncaring.

The author’s values and heart towards me must also be good news. Therefore, God’s sovereignty is good news only because he has shown himself to be good and faithful. It is good news because he delights in his children.

This is huge. We have big questions about what exactly God will do with our stories, and why he does what he does. Which can at times feel nothing short of brutal. But we are not left to wonder about the character of God. We are not left guessing whether he is tender-hearted toward his people, or slow to anger. We have an entire book that tells us he rejoices over us, a book that includes a compilation of stories he has written and directed for his people. These stories include incredibly difficult circumstances, but his hand and plan can be traced through them all.

I often think of Habakkuk 1:5, where God says to his people, “For I am doing a work in your days    that you would not believe if told.”

How arrogant am I to think that I could fully understand exactly what God is up to at any given moment! I can’t. And according to Scripture, I wouldn’t believe it even if God told me.

It is so hard for me to remember that God cannot be easily comprehended. This means his plans can’t be either. A pastor recently told me, “You’re playing checkers, but God is playing twenty-seven-level chess.” This is also good news because we want the author of our story to have a much clearer picture than we do. As Flannery O’Connor put it, “A God you understood would be less than yourself.”[1]

Our Author sees much further ahead than what we, mere characters, can see. This is hard to swallow. I would love to believe that I have the clearest image of my life. That would be easier. But the God who cherishes me as his own not only sees my future but has planned it out of his love for me.

The story of how Dorothy Sayers relates to her novels is such a vivid image to me of how our Author relates to us. Here’s Tim Keller’s description:

This is a picture of what God has done. He is the writer of our story, but he is not distant from it. His heart is tender and passionate toward his people, so much so that he “wrote himself in,” that is, he came in the flesh to set everything right. Christ can help us in the trenches of day-to-day life because he has lived in them. We can trust our Author because he loves us.

So, my friends, read on. Read the stories that our Storyteller has already given to us in the Bible. And read on in the narrative of your life as well. It can be hard to live in it. But we know the One who has control of it. And He is for you. His “pen” and his heart can be trusted.

[1] Flannery O’Connor, The Habit of Being.

Emily Zell
Emily Zell is from Saint Louis, MO, and is a senior at the University of Missouri. She is studying Secondary English Education and Art History.
Topics 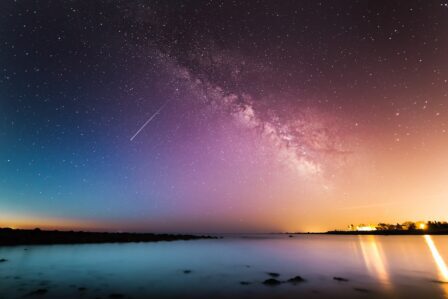 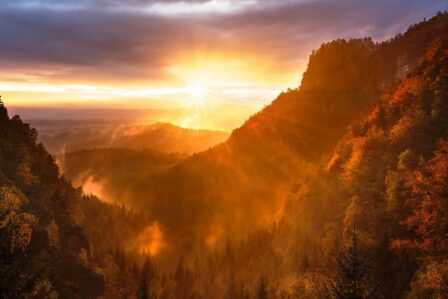