A new report from Open Doors reveals a stark reality for 245 million Christians. The Christian persecution we read about in Scripture is not a thing of the past. It still exists. And today, in the 21st century, we are living in a time when persecution against Christian believers is the highest in modern history. Christianity is under attack in the world’s two most populous countries, China and India. In China, Christians have been arrested and churches shuttered. In India, Christians are arrested, physically attacked, and even killed.

A new report from Open Doors reveals that more than 245 million Christians endure high, or extreme persecution in the top 50 countries where it’s most dangerous to follow Jesus. According to Open Doors’ 2019 World Watch List—an in-depth investigative report focusing on global Christian persecution—persecution is increasing at an alarming rate. That number is up this year from last year’s total of 215 million. Below, we look at the world’s 10 most dangerous places to be a Christian—countries where saying “yes” to following Jesus is truly a life-or-death decision.

For three generations, everything in North Korea has focused on idolizing the leading Kim family. Christians are seen as hostile elements in society that must be eradicated. There was hope that new diplomatic efforts in 2018—including the 2018 Winter Olympics—would mean a lessening of pressure and violence against Christians. But so far that has not been the case. In fact, reports indicate that local authorities are increasing incentives for anyone who exposes a Christian in their community.

If Christians are discovered, not only are they deported to labor camps or even killed on the spot, their families to the fourth generation share their fate as well. Communal worship is non-existent. Daring to meet other Christians for worship is a risky feat that must be done in utmost secrecy. Yet Open Doors estimates the number of Christians in North Korea to be 300,000 strong—believers who are defying the unjust regime and following Jesus.

2. Afghanistan—Where Christianity Is Not Legal

Afghanistan is once again a close second behind North Korea on the 2019 World Watch List. An Islamic state by constitution, the country does not permit any faith other than Islam to exist. To convert to a faith outside Islam is tantamount to treason because society sees it as a betrayal of family, tribe, and country. Very often, there is only one possible outcome for exposed and caught Christians: death.

In Afghanistan, many consider converts are literally insane to leave Islam. As a result, some may end up in a psychiatric hospital and have their homes destroyed. In addition to communal pressure, the security situation continues to deteriorate due to the influx of foreign militants who have pledged allegiance to ISIS. And the radical Islamic Taliban have also increased in strength; at least half of Afghanistan’s 34 provinces are either under the rule or contest of the Taliban. Afghan Christians (mostly those with a Muslim background) are in hiding as much as possible.

3. Christians Are High-Value Targets in Somalia

Estimates suggest that 99 percent of Somalis are Muslims, and any minority religions are heavily persecuted. The Christian community of Somalia is small and under constant threat of attack. In fact, persecution of Christians almost always involves violence. Additionally, in many rural areas, Islamic militant groups like al-Shabab are de facto rulers who regard Christians with a Muslim background as high-value targets—often killed on the spot when discovered.

In recent years, the situation appears to have worsened. Islamic militants have intensified their hunt for people who are Christian and in a position of leadership. An attempt to reopen a church in Hargeisa, Somaliland, failed; the government was forced to shut it down due to pressure from the local Islamic population. In the World Watch List 2019 reporting period, Christians in Somalia remained so vulnerable to attacks by Islamic militants that in the interests of security, Open Doors could publish no specific examples of persecution.

After the ouster of former dictator Muammar Gaddafi, Libya plunged into chaos and anarchy, which has enabled various Islamic militant groups to control parts of the country. Libyan converts to Christianity face abuse and violence for their decision to follow Christ. The country is also home to many migrant workers who fall victim to attacks, sexual assaults, and capture, which can be even worse if others discover your Christian faith.

Libyan Christians with a Muslim background face extremely violent and intense pressure from their family and the wider community to renounce their faith. Believers from other parts of the continent are also targets of various Islamic militant groups and organized criminal groups. Few will forget the horrifying video of Egyptian workers martyred by ISIS militants on the coast of Libya. The level of violence against Christians in Libya is very high, and Christians in Libya are subject to violent, inhumane, and degrading treatment.

5. Christians in Pakistan Live With Open Discrimination and Constant Threat of Mob Attacks

Under Pakistan’s notorious blasphemy laws, Christians continue to live in daily fear they will be accused of blasphemy—which can carry a death sentence. The most well-known example of these laws is the case of Asia Bibi. After sitting on death row for more than 10 years, the Christian wife and mother were acquitted of blasphemy charges in October; however, her life is still in grave danger from radical Islamists that have gained increasing political power in the world’s sixth-largest country. For that reason, the new ruling government must maintain good diplomatic relationships with some radical groups.

In Pakistan, Christians are second-class citizens, and conversion to Christianity from Islam carries a great deal of risk. Estimates tell us 700 girls and women are the victims of abduction each year. They are often victims of rape and forceful marriages to Muslim men in the community, usually resulting in forced conversions. While traditional, historical churches have relative freedom for worship, they are heavily monitored and have regularly been targets for bomb attacks (for example, the Quetta attack in December 2017 on Bethel Memorial Methodist Church).

All Christians suffer from institutionalized discrimination. Occupations that society views as low, dirty and derogatory are officially for Christians. Many Christians are very poor, and some are victims of bonded labor. On the other hand, many Christians belong to Pakistan’s middle class; however, this does not save them from marginalization or persecution.

Sudan has been ruled as an Islamic state by the authoritarian government of President al-Bashir since 1989. Under his charge, the country offers limited rights for religious minorities and places heavy restrictions on freedom of speech or press. The last year has been difficult for Christians in many ways. There have been arrests. And many churches undergo complete destruction while others are on an official list awaiting demolition. Furthermore, many Christians are under attack indiscriminately in areas like the Nuba Mountains where there is an ongoing conflict between government forces and rebel groups.

Christian converts from Islam are especially targets of persecution. So to disclose their identities, converts will often refrain from raising their children as Christians. This is because this might attract the attention of the government and community leaders (since children might inadvertently reveal their parents’ faith).

Christians from non-traditional church groups, such as evangelicals, face the harshest persecution. In 2018, Eritrea embraced an end to hostility with both Ethiopia and Somalia. We are not yet sure of how that agreement will playout for the situation of Christians. This extreme pressure and state-sanctioned violence are forcing some Christians to flee Eritrea—often called “Africa’s North Korea”—and seek asylum.

8. Believers in Yemen Especially Vulnerable to Civil War and Famine

The ongoing civil war in Yemen has created one of the worst humanitarian crises in recent memory, making an already difficult nation for Christians to live in even harder. The chaos of war has enabled radical groups to take control over some regions of Yemen, and they have increased persecution of Christians. Even private worship is risky in some parts of the country.

Christians are suffering from the general humanitarian crisis in the country, but Yemeni Christians are additionally vulnerable since emergency relief is mostly distributed through Islamic organizations and local mosques, which are allegedly discriminating against all who are not considered to be pious Muslims. Converts to Christianity from Islam face additional persecution from family and society.

In Yemen, the small church consists mostly of Yemeni Christians with a Muslim background who must live their faith in secret. They face persecution from the authorities (including detention and interrogation), their families, and radical Islamic groups who threaten converts with death if they don’t denounce Christ and re-convert.

In this gateway to the Middle East, Christians must not share their faith with non-Christians. Therefore, church services must not be in Persian, the national language. Converts from Islam undergo persecution from the government. If they attend an underground house church, they face the constant threat of arrest. Iranian society is under Islamic law, which means the rights and job possibilities for Christians are not fully available. The government sees them as an attempt by Western countries to undermine Islam and the Islamic regime of Iran. Leaders of groups of Christian converts face arrest, prosecution, and long prison sentences for “crimes against the national security.”

In December, to crack down on Christians sharing their faith, Iranian police arrested 100 Christians in one week, making a blatant statement to both Christians and Muslims. Iran is also infamous for its prisons and inhumane treatment of Christians in places like Evin Prison where well-known house church pastor Yousef Nardarkhani is serving a 10-year sentence.

In the world’s second-most populous country, Christians saw unprecedented persecution on numerous fronts from both the State and general Hindu society. For the first time, India enters the top 10 on the World Watch List, jumping one spot from No. 11 in 2018. Home to more than a billion people, even an incremental rise in persecution yields an exponential impact. Since the current ruling party took power in 2014, Hindu extremists continually fuel a crackdown on Christian houses churches. Consistently attacking believers with impunity. They do this believing that to be Indian is to be Hindu. So it’s common for the country to view any other faith as non-Indian.

In rural areas, people tell Christians that one church will close down every week. This is because they have been “destroying” local tradition and culture by “luring” others to convert to Christianity. And it is common for Christians not to receive access to local water supplies. Similarly,  Christians may not receive access to government-subsidized groceries. In India, saying “yes” to Jesus has become a risky decision that greatly costs you and your family.

Read more about these countries and the remaining 40 countries on Open Doors’ 2019 World Watch List (including China). To help you pray with these believers, Open Doors has a mobile prayer app that connects you with persecuted Christians around the world and alerts you to their prayer requests. Learn more about it and sign up to get regular updates delivered to your phone. 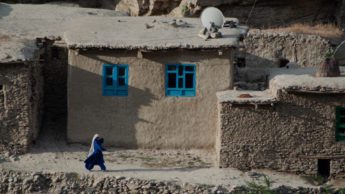