How Do I Share the Gospel with a Muslim? - Radical
Skip to content
Join us for Secret Church on April 21 as we study the book of Jonah. Registration is now open.

Muslims are coming to Christ as never before. Conversion to Christ is at a peak level in various parts of the world, including China, Iran, and North Africa. In droves, Muslims are not only questioning and abandoning Islam, but many are joyfully coming to the light of Christ. This is an unprecedented time to share the Gospel with Muslims.

As Christians, we should be immensely encouraged about the work of God among Muslims through our missionaries. Most media outlets point to Islam as the fastest “growing” religion in the world. Christians need to be careful not to adopt the untrue assumption that Islam is convincing multitudes with its message. On the contrary, what one sees is that Muslims tend to have more children and their marriage rate is higher in comparison to adherents of different faiths. Islam is not growing in terms of conversion. In fact, these days we are witnessing Muslims questioning Islam and its teaching for at least two major reasons.

First, the internet has opened the gate for Muslims to ask questions that were never easily voiced in the past. With anonymity, Muslims can enter or create chat rooms, allowing them to question what used to be untouchable in Islam. This is including Muhammad and the Quran. It is no surprise that videos and posts with hashtags like #ExMuslim attract millions, including Muslims from Islamic strongholds like Saudi Arabia and Egypt.

In the past, Muslims relied primarily on the mosque’s Imam to answer their questions about faith and practice. Now, they can search for themselves without the fear of being shamed by their immediate communities. They used to seek the favor of their community and their peers, which led them to follow the conventional religious norms, but now everyone has the means to be critical of their faith and there is constant questioning of traditional Islamic views and claims. This breakthrough in the Muslim world has been developing since the last decade of the twentieth century. However, it has grown exponentially in the past two decades, with the rise of social media and access of internet.

Second, the rise of radical Muslim groups—including ISIS and Boko Haram—and their atrocities carried out under the banner of Islam has forced many Muslims, quietly or openly, to question the true nature of their faith. While an outright rejection of associating Islam with violence has been adopted by many, especially in the West, cultural and nominal Muslims have noticed that violence has been justified primarily by quoting statements from Muhammad and verses from the Quran.

In a sense, the image of Islam advanced by these militant groups mirrors the acts and deeds of Muhammad and his followers as told in Muslim traditions. This has led many Muslims to begin taking the risky step of questioning the untouchables—Muhammad and the Quran. While Muhammad had always been identified by Muslims as the best example of humankind, Muslims began to read his biography and question many of his deeds, including marrying a child, massacring Jews, and attacking innocent tribes. The sacred halo that protected the Quran for centuries is also falling apart due to questions—voiced by both Muslims and non-Muslims alike—about its authenticity and preservation.

Three Suggestions for Sharing the Gospel with a Muslim

In light of these developments, this is a remarkable time to talk with Muslims about Christ. As you go and proclaim the gospel of hope to Muslims, here are three things to remember

More than you can imagine, Muslims are ready to talk about religion and spirituality. Unlike tendencies in the West to avoid religious conversation with people you just met, Muslims follow a different pattern, so feel free to avoid the small talk. Whether nominal or religious, many Muslims are ready to talk about God, and this fits with their cultural norms. If you wait, they will likely begin talking about God, and in some instances, they may even call you to Islam!

When a friendship with a Muslim is established, ask sincere questions, such as, when did you become Muslim? Of course, there’s an expected answer, as Muslims are likely born Muslim. However, the important point is to make an intentional attempt to share your faith, which may lead to a genuine conversation on religion. Then be prepared to ask questions and answer their questions.

Our goal is not to debate. Your aim is not to win in a discussion. Your focus is to make Jesus known, explaining his uniqueness and clarifying his supremacy. When a Muslim tells you he respects Jesus and loves him dearly, you might respond, have you heard of the true Jesus?

When the conversation turns to trivial, unimportant matters, remember to return to the main focus—Jesus. However, be clear about the fact that the true Jesus is different from what Islam presents. This is best done by sticking to the Word of God. For example, if you can read the Sermon on the Mount or reflect on the miracles of Jesus, your gospel goals will be better served. Your goal is not to denigrate Muhammad or the Quran but to emphasize the unmatched character of Jesus. You can definitely compare Muhammad to Jesus, but let Muslims reach their own conclusions about Muhammad.

For example, Muslims usually conflate Christianity with a Western culture known for its loose patterns of life. Therefore, you should emphasize how followers of Christ do not live according to these worldly forms. Or, to use another example, when a Muslim suggests that Christians are polytheists who worship three gods, you should respond with an emphatic rejection of polytheism as blasphemy. Ask them whether God’s Spirit and God’s Word are co-eternal with Him, which they should affirm. You can then clarify that the Christian God is One being who has never been without His Spirit or His Word. His Word, according to Scripture, is his Son and his Spirit is the Holy Spirit. We reject the profane and erroneous teaching that God married Mary and had Jesus as his son, a teaching adopted by many Muslims.

Today, the ability to share the Gospel with Muslims is like never before. Be one of God’s faithful laborers. Initiate conversations with Muslims. If you are facing a barrier, do not give up. Move forward, and seek the power of the Holy Spirit as you proclaim the crucified Christ, the Lord and Savior of the world.

Samir al-Qibti (a pseudonym) is a Middle Eastern Christian who holds a BSc in Engineering Science and a PhD in Islamic Studies. He has taught in many Muslim and non-Muslim countries for the past three decades. 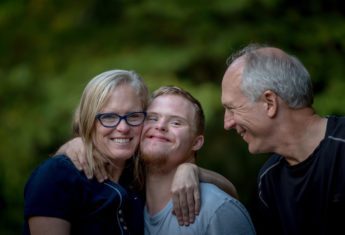