Can We Trust the Bible? - Radical
Skip to content
Join us for Secret Church on April 21 as we study the book of Jonah. Registration is now open.

.If someone were to ask you right now, “Why do you revolve your life around the Bible?” or “Why can you trust the Bible?”

You might say, “Because it’s God’s Word.” But what if they then asked, “How do you know that? What makes it different from the Quran? From the Vedas in Hinduism? Or any other religious or philosophical writings in the world?” Why should we trust trust the Bible above all else?

7 Reasons Why We Can Trust the Bible

Every Christian should have an answer. He or she should be able to say, “Here’s why I bank my life on this Book, and here’s why you should, too.” With that in mind, here are 7 quick reasons we can trust the Bible.

The Bible contains 66 books written by over 40 different authors in 3 different languages over the course of 1,500 years, and together they paint a picture of one story that revolves around God creating men and women, us sinning against God, and God making a way for the restoration of all things by His grace through the death and resurrection of Jesus Christ. In other words, they all paint a consistent and clear picture of the gospel of Jesus Christ.

That’s 40 authors over the course of 1,500 years. If I took 40 people right now and asked them to write down their views on God, what’s wrong in the world, and how it can be made right, there’s no way I could get them to agree. And that’s at the same time in history with the same language!

Just for comparison’s sake, and I say this with all due respect to anyone with a Muslim background, think about the Quran in Islam. The Quran was written not by 40 authors in 3 languages over 1,500 years, but by one man, Mohammed when he had a vision during one year. He was illiterate, so he dictated revelations from his vision to his followers. After he died, those recitations were written down, and there were discrepancies in different accounts of what Mohammed taught. So one particular person collated them and he alone determined what was authentic, and then he burned the rest.

That’s one man in one year with discrepancies that another man decided to clean up and then burn the differences. With all due respect, there is no comparison between the Quran and the Bible.

We base our knowledge of world history on writings where we have a handful of manuscripts, sometimes a few hundred. But we have over 5,000 full or partial manuscripts of the Greek New Testament, and more manuscripts are found every year, none of which have ever resulted in a major revision—just a relative few and extremely minor variations, making the Bible by far the most reliably attested writing in history.

Over and over again, the Bible has been proven historically, geographically, and archeologically accurate. One non-Christian, non-Jewish archeologist said, “It may be stated categorically that no archeological discovery has ever controverted a biblical reference.” Ever.

The Bible contains thousands of prophecies fulfilled with uncanny precision, including 300 specific prophecies in the OT written over hundreds of years that are fulfilled in detail in the life, death, and resurrection of Jesus. The odds of that happening by chance are less than one in 2000 zeros. In the words of R.C. Sproul, “The very dimension of the sheer fulfillment of the prophecy of the Old Testament Scriptures should be enough to convince anyone that we are dealing with a supernatural piece of literature.”

People were writing down what they saw, what actually happened so that others who were present could have easily disputed their claims. And keep in mind that those who wrote the Bible were often persecuted or martyred for what they were writing, but they wrote it anyway. Pascal once said, “I believe those witnesses that get their throats cut.”

The famous French philosopher and atheist Voltaire once claimed, “A hundred years from now the Bible will be a forgotten book,”.  Yet after he died, the house where he lived became a center for the distribution of Bibles across the world. People have totally forgotten Voltaire … but not the Bible.

This is the most important of the seven reasons. The Bible was written by 40 authors who were carried along, or inspired, by the Holy Spirit (2 Peter 1:21; 2 Timothy 3:16). Throughout history, in every age and place where this Book has gone, it has supernaturally changed lives. In every century it has been spread, this Book has shown itself inspired by God himself to transform people. It brings joy and eternal life to those who open it, read it, and bank their lives on it.

Editor’s Note: The following excerpt is adapted from David Platt’s sermon “Men and Women in the Church” (Part 1). 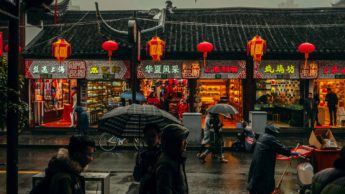 Why I Miss Christmas Among the Unreached