The reality that God’s salvation comes solely by his mercy and not by our merit has all kinds of ramifications for followers of Christ. Unlike the world, God does not favor the powerful or the rich. He shows his grace to those who are humble and recognize their need for him. In this message from Matthew 19:16–20:34, David Platt points us to the miraculous mercy of God and the way this mercy should shape the way we live as disciples of Christ. In addition to seeing Christ’s view of worldly wealth and its dangers, we’ll also see his concern for children (including the sensitive and difficult topic of those who die in infancy).

Why Jesus came …
So Jesus addresses these twelve proud disciples with words that are loaded with meaning, culminating in that last verse. Underline it, verse 28: “The Son of Man came not to be served but to serve, and to give his life as a ransom for many.” So starting with that verse and working our way back a bit from it into the verses that precede it, we see why Jesus came. He came to suffer. The title Jesus uses for Himself here – “the Son of Man” – signifies how He came to identify with us as men and women, not only in our lives, but in our suffering, for our sin, in our death. In this passage, Jesus talks about the cup that He will drink, a cup of suffering. He has just prophesied that He will drink down the wrath of God due sin and sinners. Jesus came to knowingly, willingly walk into the jaws of suffering and death on our behalf.
He came to suffer, and He came to save and give His life as a ransom. The Greek word used here is “lutron”. This is a payment to release someone from slavery. It’s a word we would use today to associate with hostages, and that is the point. We are slaves to sin, slaves to ourselves, slaves to death, and He gave His life so that we might be free: Saved from sin, saved from ourselves, and saved from death. How is this possible? Because of that word “for” – He came to give His life as a ransom “for” many. That word literally means “in place of.”
Jesus came to suffer, He came to save, and He came to be our substitute. Oh, feel the wonder of this. Jesus came and gave his life as a ransom – as a payment – instead of or in the place of those He would save. And the picture is you and I stand under the weight of our sin and under the wrath of God, deserving death, and Jesus took our place. Jesus took your place. Jesus became your substitute. This is the great and glorious gospel. Not just that Jesus died for you, but that He died instead of you. You deserved to die, and Jesus came to take your place! Oh, thrust yourself upon His mercy! If you have never trusted in His mercy trust in His mercy today!
He came to suffer, He came to save, He came to be our substitute, and based on this, He came to show us how to live. And so He tells His disciples to be servants, to be slaves of others. Don’t be like worldly rulers, lording authority over them. Love people by serving them. When Jesus tells James and John, “You will drink my cup,” He is telling them that they too will lose their lives serving others. Obviously, they will not experience the cup of suffering Jesus experiences on the cross, but their lives as His disciples would be about sacrificial service to others that would lead to their suffering. James would one day be beheaded, and John would be exiled as a prisoner on an island. Kingdom greatness is expressed in sacrificial service.
But that is not all in this text. One more reason Jesus came, and it’s really at the center of all the others. Don’t miss it because it’s the most startling of all. Jesus came to serve us. Now this seems simple, but ponder this for a moment. The word for “servant” here is what we use to get the word “deacon”. It literally means to wait on tables. This is Jesus saying that He wants to wait on you. Jesus did not come to be served by you; He came to serve you. Jesus did not come to be helped by you; He came to help you. Jesus did not come to be waited on by you; He came to wait on, to serve, you. He came to be our servant, our help, our slave. No religious teacher talks like this; this is lunacy! Jesus did not come as some potentate whose personal whims are to be catered to by lowly servants. He came to be the lowly servant of us. This is Jesus telling His disciples then and His disciples today that He does not want us to serve Him; He did not come to be served. He wants to serve them – to serve us. He is saying, “In my relationship with you, I will be the servant. I will serve you. I will work for you.”

What this means …
Now what does this mean? Step back and think about this. Jesus is saying, “I came to serve you, not to be served by you.” What does this mean? Well first and foremost, this means that Jesus is our servant. It’s that simple. Brother or sister, Jesus is your servant.
Now in order to understand what Jesus does mean here, we’ve got to make sure we also understand what Jesus does not mean. When the Bible says that Jesus is our servant, this does not mean we tell Jesus what to do. He’s not our servant in that way. This is what James and John were trying to do: “Give us what we want.” And Jesus was not their servant in that way. And He’s not our servant in this way. When we think of Jesus as our servant, this is not Jesus responding to our every bidding. That would be a perversion of the picture Jesus is giving us here.
Instead, when Jesus says He is our servant, this means Jesus gives us what we need. So pay attention real close here, because what I’m about to say is absolutely key to your understanding Christianity. Jesus has just told James and John that they are going to suffer, that following Him is going to involve radical sacrifice of their lives in service to others. He has just given them a radical call to discipleship. But don’t miss it: This radical call to discipleship is accompanied by a radical promise of service. And Jesus says to these disciples, “What I am calling you to do is not natural.” It is not possible on your own. To renounce the ways of this world and to give your life as a slave in this world, you cannot do this. But I am here to serve you, and to give you everything you need to live this out.
So don’t miss this: Salvation is all of divine mercy, none of human merit. That applies not just at this point of salvation, but at all points. Now, that you are saved, you live off of divine mercy. And you serve out of the overflow of divine mercy in your life. Your whole life is based on mercy, not merit. So, moms, you’ve got the toughest job in the world. Nurturing children, loving children — do you have the strength and wisdom necessary for such a task?
No! But Jesus does, and He gives it to you as you trust in Him. And mothering is based not on human merit, but totally on divine mercy. Do you see it?
Now apply that to everything in the Christian life. Jesus promises to give us what we need as our servant on a daily, moment-by-moment basis. Oh, I talked this morning with a brother whose wife just passed away, and I told him, “Jesus is there to serve you.” When Jesus leads us into difficult places or calls us (rich young man) to do difficult things, He enables us to do what He calls us to, because He is our servant.
Well, what about Paul? Paul says in the New Testament that we are servants of Jesus. The Bible talks about us serving Jesus. So aren’t we His servants? Yes, no question. We are Jesus’ servants. The Bible definitely talks like this. But don’t miss it – don’t miss what this does not mean. This does not mean that Jesus needs our aid, that Jesus needs our help.
When we talk about ourselves as servants of Christ, we often either explicitly or implicitly think of Jesus needing our help, or of God needing our help. But I want to remind us of Acts 17:25: “God is not served by human hands, as though he needed anything, since he himself gives to all men life and breath and everything.” God is Almighty, and He needs no support.
We cannot service Him. He never gets tired, He never gets hungry, He never gets lonely. He does not need us; we need Him.
So what does the Bible mean, then, when it says we are servants of Jesus? Well, this means that we submit to Jesus’ authority, that He reigns over us as Lord and King and Ruler. And this is the beauty of the gospel; put it all together. The Lord and King and Ruler over the Universe, the One who has all authority in all the universe – He has stooped to serve you.

How does Christ’s concern for children fit with the idea that salvation is completely a gift of God’s  mercy?

What is it about possessing worldly wealth that poses such a great danger for us spiritually?

What do you think God’s grace can seem so “unfair” to us? What does this teach us about our view of  our own worthiness?

How does Christ’s teaching about the “first” and the “last” in the kingdom affect the way you view  worldly influence, power, and prominence?

Explain how Christ’s ministry both secures for our salvation (in a unique sense that can’t be imitated)  and provides a pattern for his disciples to follow. 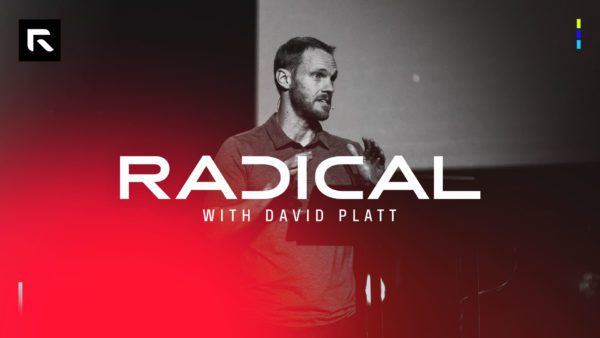 Good News for the Poor