The Role of Government (Romans 13:1–4) - Radical
Skip to content

“Let every person be subject to the governing authorities for there is no authority except from God, and those that exist have been instituted by God. Therefore, whoever resists the authorities resists what God has appointed, and those who resist will incur judgment for rulers are not a terror to good conduct, but to bad. Would you have no fear of the one who is in authority? Then do what is good, and you will receive his approval for he is God’s servant for your good, but if you do wrong, be afraid for he does not bear the sword in vain, for he is the servant of God, an avenger who carries out God’s wrath on the wrongdoer.”
– Romans 13:1–4

Oh, again, there’s so much that we could talk about, pray about based on these four verses, but as we are praying during these 31 days leading up to the presidential election in the United States, these verses are maybe one of the clearest pictures in the Bible of God’s design for government, how government is instituted by God. That’s exactly what Romans 13:1–4 says, and it’s instituted by God for a reason.

That reason basically, to summarize, is to promote good for people and to protect people against evil. Government is instituted by God and governing leaders given by God for the promotion of good among all people under the realm of that government and for the protection of all people under the realm of that government from evil. Government is even given authority by God to bear the sword, to carry out judgment against evil, all of this under the authority of God, according to His word and a way that reflects His character.

The Role of the Government

The biblical role of government is to promote good and protect from evil.

Romans 13:1–4 Praises God for the Government

With these simple, significant, basic principles of government, according to Romans 13:1–4, let’s pray, God, we praise you for government. We thank you for instituting a system, a structure to promote good and protect people against evil in a way that reflects your word and your character. We pray for our current president and political government leaders and for our future presidents, future political government leaders. God, we pray for leaders to be humble before you. God, we ask for that. Give them humility before you. Draw them to humility before you, recognition of the authority they have under you. God, do this in their hearts we pray.

God, I just think about my country, the United States right now amidst this presidential election. We have called so many things good that are evil. And so many things that are evil, we’ve called them good. God, we are so confused. We need your mercy, oh God. Help us. Help us in our lives and our government to humble ourselves before you and to align with what your word says is good and what your word says is evil and to carry out our government accordingly. God, we praise you as the one who has all authority, and we submit ultimately to you.

As we submit to you, we pray for governing leaders that you’ve called us to submit to under you. We pray even what comes later in this chapter that you would, God, help us to honor and respect governing authorities, governing leaders, and to pray for them as we see in other parts of your word and to work with them as citizens for the good of others and ultimately the glory of your name, for the good of others and for the protection of people against evil. Oh, God, we praise you for your ultimately good governance over us. We pray for governance in our country to reflect you by your grace and by your mercy. We pray for this in Jesus’ name, amen.

Even as I say, “Amen,” to that, just as a reminder, and I’m really not saying this to make a profit on books because, well, I don’t make any profit on books, and all the royalties from this book are going toward promoting the goodness and gospel and glory of Christ among the nations, but to the extent which it would be helpful for you as you steward your voice and your vote, I would encourage you to, either radical.net or Amazon, find out more about Before You Vote, Seven Questions Every Christian Should Ask in a way that I hope will help you as we do try to steward our voice and our vote according to Romans 13:1-7. In Jesus’ name, we pray, amen. 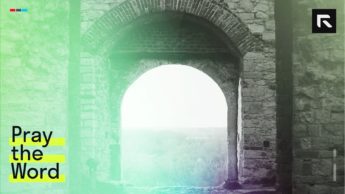 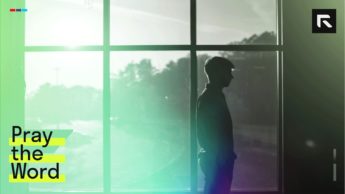 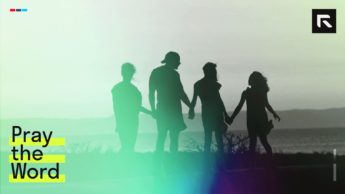 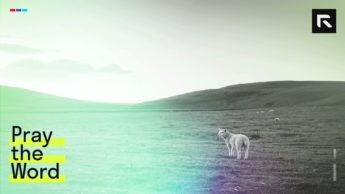