Media and Your Teenager

195. That’s the estimated number of additional teenage suicides that occurred in the nine months following the release of the Netflix series “13 Reasons Why.” Despite being warned by experts about the dangers of irresponsible portrayals of suicide, the producers of the show pressed on, breaking many of the standard rules for the portrayal of suicide in media. Another season is far more likely than an apology.

That is just one example of what has become ubiquitous in our culture; a corporate willingness to squeeze profit from teenagers without any regard to cost. There’s a lot we could say about these disturbing trends, but the question I want to ask is, What does this mean for the parents who are responsible for discipling these teens? For starters, let’s at least be aware of what we’re up against.

Know What We’re Up Against
Reminiscent of cigarette companies in the 70’s and 80’s, media companies of today are looking for an easy target, and they have chosen the same one as before––adolescents. The adolescent brain is not fully developed (it keeps developing until about age 25), and the last part to come online is the fully formed prefrontal cortex, the area of the brain responsible for impulse control. This makes teenagers the perfect recipients for addictive or exploitative media. And unlike television commercials for cigarettes, the new media giants can access teens twenty-four hours a day through their smartphones.

Have you ever wondered what exactly is so addictive about that video game your son is obsessed with?  Answer: the best operant conditioning and dopamine triggers that modern science can wield. One example of this is the phenomenon of “loot boxes,” which are random rewards that create the perfect psychological response to keep your child playing. The more they play, the more chances companies have to sell additional “in game” purchases. One game developer, EA Games, denied the danger of these slot machine features in video games, preferring to call them “surprise mechanics.” Meanwhile, several countries in Europe are looking to ban loot boxes because of how addictive and predatory they are, particularly on the teenage brain.

Or how about social media? The longer your child looks at their phone, the more ads they see. The more ads they see, the more money the tech companies make. This means that the big tech companies are incentivized to get your teen to look at their phone for as many hours a day as possible (I met one student who by 6pm on a school day had already logged 10 hours on Snapchat!). Again, enter modern psychology, and observe just how many times a teenager’s phone will buzz over the course of an hour. Despite the well documented negative effects of too much social media, new tactics are constantly being invented to extract more and more ad views.

If you want to see just how strongly these tech companies have conditioned our teens, just take the media away and observe the bona fide withdrawal symptoms that are unleashed. Why else do so many teens sleep with their phones under their pillow, like Gollum protecting his ring?

This addiction is, again, intentional; addicted teens are important for revenues! Features such as read receipts (and being “left on read”), streaks, likes, etc., are all important ways to keep teens hooked and coming back for more.

Have a Plan
What are we to make of all this as parents and as churches? Here’s one takeaway: Media companies have a plan and vision for our teenagers, which means we need one as well. Ultimately, of course, our confidence is in the fact that God is the one saving and preserving our teenagers by His Spirit as they face sinful temptations in this world. He will complete the good work He has begun in them (Phil 1:6).

At the same time, God has chosen to use us as parents in order to shepherd our teens as they seek to follow Christ. To do this, we need wisdom on at least two fronts.

The Wisdom of Knowing
We need to know and understand the forces at play each and every day in the lives of our children. We also need to know when to intervene. Parents are certainly called to protect their children, and this defensive posture is necessary in every culture as we evaluate the content and rate of our children’s exposure to media.

The Wisdom of Engagement
Even more important than playing defense is playing offense. No matter how much we protect and shelter, if that’s all we do, our children will never gain a vision for a vibrant life of following Christ. We must guide our children into an entirely new picture of life, one empowered by the transforming love of Christ, which rises above the emptiness of media consumption and seeks the good of others.

Do not be conformed to this world, but be transformed by the renewal of your mind . . .

The world of media will try and squeeze us and our children into its mold of addiction, narcissism, and emptiness. Therefore, our gospel-driven response should be to labor and pray for a Spirit-wrought work of new affections. Such affections compel us and our children to look up from our screens and see the world around us with the eyes of Christ.

The only answer to conformation is transformation.

John Lambuth
John and his wife, Jamie, met in Birmingham, Alabama, and have been married for eight years. They have three children, Noelle, Ben, and Peter. John received his Master of Divinity from Beeson Divinity School, and is currently the Pastor of Students and Families at Calvary Memorial Church in Oak Park, IL.
Topics 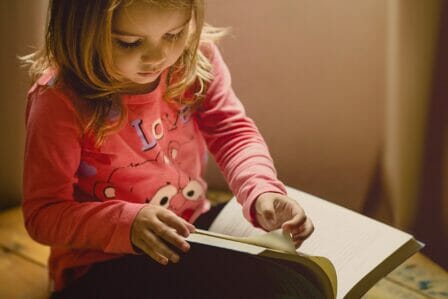 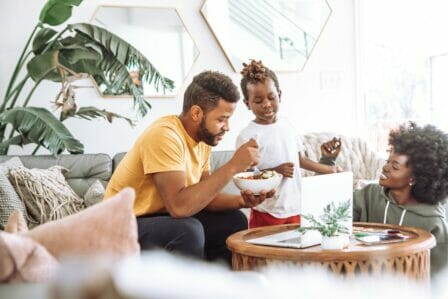 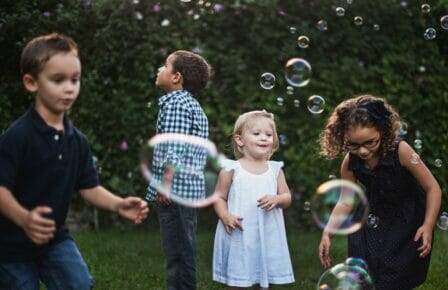