Help for Pastors Stuck in a Christmas Sermon Rut

The incarnation is certainly worth celebrating, but let’s be honest: how many more sermons on the nativity texts do you have in you? If you went back and listened to the sermons from every December of your ministry, would this year’s advent series sound any different? If we’re not careful, even ministers can find themselves on autopilot as we navigate the Christmas season. In light of this tendency, there are a few things for us preachers to remember in December.

Let’s not lose the forest for the trees, whether at Christmas or any other time. Make sure you’re showing people how any biblical text taps into the wider biblical storyline of creation, fall, redemption, and consummation. Make a good habit of including a clear gospel presentation in every sermon, every week—not as an awkward tack on, but as a demonstration of how your text testifies organically to the person and work of Jesus. If anyone is going to be saved from our preaching, then they need to hear about God—His holiness, His law, and His loving authority over us. They need to hear about our sin and rebellion against Him that drew down His righteous wrath and merits hell. They need to hear of God’s gracious initiative in sending Christ to live a sinless human life on our behalf, and to atone for our sins, in our place, by his death as a human person for all God’s people. And they need to hear that God is calling them to repent of their sins and trust in Christ for forgiveness and reconciliation with God.

Preach a text other than the nativity . . . I dare you.
If some non-Christians only come to your church on Christmas, and you only ever preach on Matthew 2 or Luke 2 during the holiday, then they’re hearing the same sermon from you every year—they already know what you’re going to say! Mix it up. Our church is doing a short series in Ruth that is designed to end the Sunday before Christmas—at the genealogy of David from Jesse’s line. Last year we did Psalm 40, “a body you have prepared for me…” Surely we can get to the manger from there! And when we do, we show our less frequent visitors the epic drama of redemption, and how the whole Bible coheres in Christ.

For example, you might preach the incarnation from a New Testament text that expounds its theological importance and implications. Texts like Philippians 2:5-11 and John 1:1-18 come to mind, and there are a host of others.[1]And don’t be afraid to preach Christ from the Old Testament at Christmas. Texts like Genesis 3:15, 2 Samuel 7, and Isaiah 9 are just the tip of the iceberg when it comes to highlighting God’s longstanding plan to bring salvation by sending His Son.[2]

In fact, you could even preach through whatever series you’re already in, to demonstrate that Christ fills not only the Gospels but also every other aspect of redemptive history.

Preach imputation from the incarnation.
We must preach the fact of the incarnation; but our sermons will fall short of the mark if we emphasize the sentimentality of the scene over the significance of the Savior. Why did the Son of God have to become the son of Mary? To achieve something in His humanity, on behalf of humanity. In order to save sinners, He had to live the sinless life of obedience that Adam, Israel, and we all failed to live, so that His spotless righteousness could be credited to our account by faith in Him alone. Incarnation is for imputation.

Preach the cross from the cradle.
But even the imputation of Christ’s righteousness will be of little help to us if our sins are not atoned for. The birth of Christ is ultimately for the death of Christ. The immortal Son of God could only die if he took on mortal flesh, and He did so to sacrifice Himself for the satisfaction of God’s righteous wrath against us for our sins. Incarnation facilitates propitiation.

He becomes the Lamb that taketh
Sin away and for aye full atonement maketh.
For our life his own he tenders
And our race, by his grace, meet for glory renders.

This Christmas, don’t leave Jesus in the manger; but don’t leave him on the cross, either . . .

Preach the crown from the cradle.
Jesus became a man not only to die but also to rise from the grave in order to rule and bless His people as the new and better Adam. He was born to be the king that we long for from Judges to 2 Chronicles. He is, finally, the One who did right in the sight of the Lord; and so God exalted Him to the highest place, to rule God’s kingdom until all God’s enemies become a footstool under his feet.

Preach the perpetuity of Christ’s incarnate priesthood.
Many people in the pews are hurting during the holidays. They’ve lost loved ones and endured hardships; they’ve committed sins, they’ve been sinned against, they’re tempted to commit more sins. Sentimentality is not sufficient for any of us. We all need to be reminded that the Son of God became a man not only to accomplish our redemption but also to become our High Priest. “For we do not have a high priest who is unable to sympathize with our weaknesses, but one who in every respect has been tempted as we are, yet without sin. Let us then with confidence draw near to the throne of grace, that we may receive mercy and find grace to help in time of need” (Heb 4:14-16).

Forth today the conquer goeth,
who the foe, sin and woe, death and hell, o’erthroweth.
God is man, man to deliver,
his dear Son now is one with our blood forever.

He took on our flesh, and still bears it, precisely so that he can forever be, in his own divine-human person, the place where God meets man.  He knows what it’s like to be human, because He is human—sinless and divine, but fully human nonetheless. He can sympathize with our humanity because he still shares it.

Come then, banish all your sadness
One and all, great and small; come with songs of gladness
Love him who with love is glowing;
Hail the star, near and far light and joy bestowing

Don’t forget the Father as you celebrate the Son.
Many non-Christians will have an unconscious Marcionite view of God. This the view that the God of the Old Testament is the God of wrath and judgment, while the Christ of the New Testament is full of love. But the incarnation was the Father’s idea, and he devised it precisely to satisfy his own wrath and displeasure over our sins. So lead people to praise Him for it.

Shall we still dread God’s displeasure,
who to save freely gave his most cherished treasure?
To redeem us, he hath given
his own Son from the throne of his might in heaven.

Assume Nothing.
Many people have tricked themselves into thinking that they’re Christians just because they call themselves Christians; but Jesus doesn’t just take everybody’s word for it (Matt 7:21). Neither should your preaching. You might be in a context where you expect to look out from the pulpit the Sunday before Christmas and see nothing but people who already claim Christ. If that’s so, then it’s not a reason to preach something other than the gospel. But it might be a reason to preach the gospel from a biblical text they’ve never heard preached, so that they hear it from another angle. It’s definitely a reason to call the congregation to fresh and ongoing repentance in view of how far Jesus went to save sinners like us.

Address Unbelievers.
As you study, take some time to think and pray about how an unbeliever might hear what you’re saying about Christ. Try to put yourself in their shoes, show some understanding of how foreign the incarnation might sound to them, and then use your preaching text to address some of their misguided intuitions and to show how Scripture corrects our assumptions and redirects our hopes beyond this world into the next.

Dearest Lord, thee will I cherish.
Though my breath fail in death, yet I will not perish,
But with thee abide forever
There on high, in that joy, which can vanish never.[3]

[3] All quotes above are taken from the hymn “All My Heart This Night Rejoices” by Paul Gerhardt, 1656. 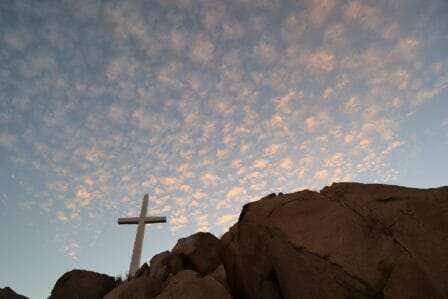 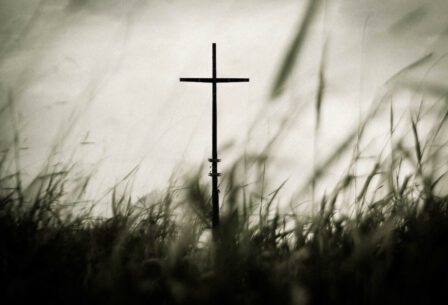