Where to Begin Working on Racial Injustice

Last weekend I saw the movie Selma. It is, in the truest sense of the word, moving. It stirs emotions, provokes thinking, sways opinion, and starts important conversations. In light of the issues now facing American Christians, it is an especially powerful film.

At the end of the movie, Martin Luther King, Jr. stands on the steps of the Montgomery capitol building and addresses the large crowd of people who had just completed the fifty-four mile march there from Selma. As the camera focuses on various faces in the crowd, their expressions are optimistic and triumphant. One such face was a white woman who, chillingly, just hours after MLK's speech, was murdered by the KKK while driving people back to Selma. Despite the air of victory surrounding the Montgomery speech, the fight was far from over.

I don't think our current scenario is exactly like that of the people in Selma, but if there's anything the last half of 2014 showed me, it was that there is still much work to be done.

This past fall, grand juries decided not to indict either of the police officers responsible for the deaths of Eric Garner in Staten Island and Michael Brown in Ferguson. The American people now have to sort through a confusing tangle of conflicting accounts, opposing opinions, differing perspectives, and deep-seated emotions to try and find a way forward. The ethnic injustice of our past, such as the hate that was clearly portrayed in Selma, makes this a heavy task. For the Brown and Ferguson cases represent much more than their specific circumstances; they represent the racial division that still exists today. And nowhere is this seen more clearly than in the strong and varied responses to the controversial legal rulings that came out on each of the tragedies.

Yes, there is still much work to be done… but where do we start?

Many of the ideas about addressing race relations have been thoughtful, charitable, and kind. Many of them have not. But with social media, all responses (and responses to responses) are instantly available for all – the good, the bad, and the ugly. Here's a notion I’ve noticed among white folks that, perhaps well intended, is left wanting: "Crime in poor black communities is disproportionally high; that's why there is tension, and sometimes violence, between them and police."

On the surface, that may seem fair enough. But notice what that response does not include – work. It's more of an attempted explanation than a proposal of how to move forward, and it's more of a pointed finger than a confession, at that. If there is work to be done, then we would be better served by looking actively at possible solutions than by looking passively at current problems. More importantly, we would be better served by asking "What can I do?" rather than "What should they do?"

So, instead of looking at predominantly black, crime-riddled neighborhoods and thinking, "Look at these statistics… it only makes sense," as a white male, I should be thinking "Is there anything I am doing wrong or anything I can be doing better?" That's because in the problem of racial injustice, the black community and the white community (and communities of every other ethnicity, for that matter) each have distinct responsibilities. Here's what I mean…

If there is a crime problem in a black neighborhood, I, a white guy from the suburbs, can do nothing to change the culture of crime fostered in that neighborhood; any lasting, inner change will have to come from within that community. Conversely, if there's a racial discrimination problem in my white neighborhood, black people do not bear the burden of fostering fairness and love in us; the white people in my neighborhood bear that burden.

Granted, we can help one another bear these burdens. In fact, we are called to. That's the beauty of the church. But we must listen more than we talk, and we must act more than we point. Thankfully, we have a gospel that breaks down the dividing walls of hostility and enables success as all ethnicities work together to find a way forward. Armed with the grace of Christ, the Church can actually set the standard for racial reconciliation rather than typify the division (as is often the case on any given Sunday morning from our segregated houses of worship).

There is much to be said on this, but even more to be done. Selma shows us that. And if we are to help our brothers and sisters in Christ remove the specs in their eyes, we must first clear from our own vision any logs that are in the way. There is our starting point. Let's get to work. 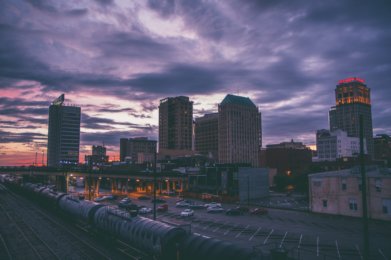