Motherhood in the Cosmic War

If you went shopping for a coffee mug for your mother, you’d find several mom-themed mugs to choose from:

But you probably can’t buy a coffee mug for mom that says, “Motherhood is war.”

Why not? We certainly engage in personal battles against our own selfishness. Who hasn’t considered the outcome of serving someone else versus only serving yourself?

Every serving role is a kind of war in this regard. But the war I’m talking about transcends time and space and omnipresent dirty laundry. It affects mothering women across the globe. It is more destructive than any natural disaster or man-made threat.  Motherhood is part of the cosmic war that is taking place in the unseen realm where Jesus Christ has tied up the strong man and is plundering his house (Mark 3:22-27).

You might want to fill up your favorite coffee mug, because the story of motherhood in the cosmic war starts like this… “Once upon a time, before there was time . . . ”

Motherhood in God’s Arsenal Against Satan

As otherworldly as this may sound, your everyday mothering work originated in the mind of the triune God. And as far away as this may seem (or close, if you live where I live), our motherhood is directly connected to events that took place in a garden in the Middle East.

God created man and woman to bear his image, steward his creation, and be in perfect fellowship with himself and with each other. But when Adam and Eve disobeyed God and fell into sin, they hid from God in the bushes and covered their naked bodies with fig leaves. In his great mercy, he did not let the man and the woman hide. God called out to Adam, “Where are you?” (Gen. 3:9).

The wages of sin is death. What would happen to them? As God pronounced his righteous judgement on the guilty parties, we can hear his heartbeat of mercy. God cursed the evil Serpent and revealed his plan to redeem his fallen children:

This is very good news for us, and it is very bad news for God’s enemy. Instead of obliterating mankind right there on the spot, the Bible tells us that God had devised a plan to give his children grace in Christ Jesus “before the ages began.” And God would vanquish his enemy through one of the woman’s offspring. A singular, male descendant of Adam and Eve… a man… would be God’s ultimate not-so-secret weapon.

Adam believed God concerning this promised Deliverer. In an act of faith, Adam gave his wife a name that was pregnant with hope:

Eve, and every woman after her, by the grace of God, would nurture life in the face of death. And that is how the war began.

Throughout redemptive history, the cosmic war raged on. God governed the course of history with divine patience, bringing about foreshadowing deliverances that would be pictures of the greatest deliverance yet to come. God delivered his people through the flood waters, through a ram in a bush, through the barrenness of matriarchs, through the Red Sea, through the wilderness, through judges, through famines, through kings, through exiles… you get the idea.

Even though he was on a leash, Satan sought to extinguish God’s people in many ways… inciting unbelief, reinforcing our pride, energizing demonic oppression, inspiring false teachers, propping up idols, affirming our violence, and blinding our eyes to the truth. Despite all of our great accomplishments, human history groans under the weight of our collective guilt before a holy God. We cannot save ourselves.

Then one day, in the fullness of time, a virgin was delivered through birth-pangs and cradled the promised Deliverer in her arms. But for the grace of God, the vile Dragon would have devoured the promised offspring of the woman. We read in Revelation chapter 12 that the faithful community of God’s people, which is pictured as a gloriously clothed woman who was writhing in labor, “gave birth to a son, a male child, who is to rule all the nations with a rod of iron.” Jesus, the promised One, was born.

Almighty God has always had the upper hand over the evil powers and principalities in this cosmic war. As the Son of Man cast out unclean spirits they shrieked in horror, “Have you come to destroy us?!”

Lo, their doom was sure. As Jesus was lifted up to die on the cross, he crushed the head of the serpent under his feet.

Three days later, Jesus walked out of his rock-hewn garden grave, the first man in God’s new creation. By his death and resurrection, Jesus has decisively won this cosmic war. Let the plundering of the strong man’s house begin. We know how it all ends, so we have no reason to fear anything that is frightening. Jesus is calling his sheep, they are hearing his voice, and he will keep every single one of them.

Mapmakers can’t draw lines around the kingdom, because it has no borders.

Lawmakers can’t issue passports for her citizens, because her citizens are from every tribe.

Weapons dealers can’t peddle their arms to the King, because his weapon is his cross.

The gospel of this kingdom has to be announced because it is not of this world, so the King ordained ambassadors.

His ministers of reconciliation are from everywhere to everywhere. The most obvious way we see Christ’s victory over the evil powers and principalities is in the existence of his Bride, the Church.

The Serpent-Crusher’s Sisters Have Beautiful Feet

When our church gathers on Fridays, I get to look around the room and see my sisters in Christ from all over the world. “We only have sixty or seventy nationalities among us,” an African brother once commented. Amen. Even in our beautiful diversity, we are but a fraction of the pan-ethnic body of Christ.

As I consider how all of my sisters in Christ are so wonderfully diverse in all the ways they care for people, there is one way we all share in common: we nurture life in light of the fact that Easter really happened. We work to mother and disciple in ways that speak to the reality of the ongoing war in the unseen realm. We fight for faith. We resist the devil. We pray for boldness. We tear down strongholds. We don’t preach our lifestyle preferences; we preach resurrection life in Jesus. We understand that every so-called mundane mothering and discipling moment in our lives is unique— unprecedented in history, never to be repeated, and meaningful in the mission of God.

We go, therefore, to the nursery, the favelas, the church lobby, the bus stop, the mejlis, the pregnancy resource center, the frozen food section, the laundromat, the board room, the zanana, the classroom, the cafe, and the track meet. Young and old, single and married, from all places to all places, we all go, and we go with the good news.

In the footsteps of the serpent-crusher, Eve’s daughters of faith are called to nurture (mother) life in the face of death. Our mothering work is cross-shaped. That means we fight in this war by grace through faith. As “earth-bound” as our work may seem, we remember that we are not wrestling against flesh and blood as we nurture life both inside and outside the womb. Our God-designed maternal instinct is a matter of spiritual warfare. Over all of the pan-ethnic cultural expressions in the global body of Christ, we all put on God’s own spiritual armor (Eph. 6:10-18).

Jesus invites women to missional motherhood: to follow his pattern, to trust his promises, and to nurture others by the power he provides.

This post is an excerpt from Gloria Furman’s book Missional Motherhood: The Everyday Ministry of Motherhood in the Grand Plan of God.

Gloria Furman
Gloria Furman is a wife, mother of four, doula, and writer. In 2008 her family moved to the Middle East to plant Redeemer Church of Dubai where her husband, Dave, serves as the pastor. She is the author of Glimpses of Grace, Treasuring Christ When Your Hands Are Full, and The Pastor’s Wife, and blogs regularly at The Gospel Coalition and GloriaFurman.com.
Topics 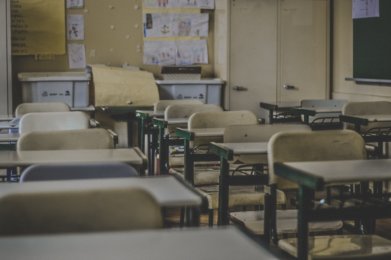 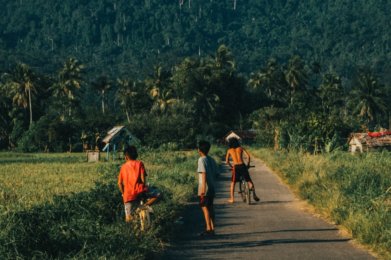 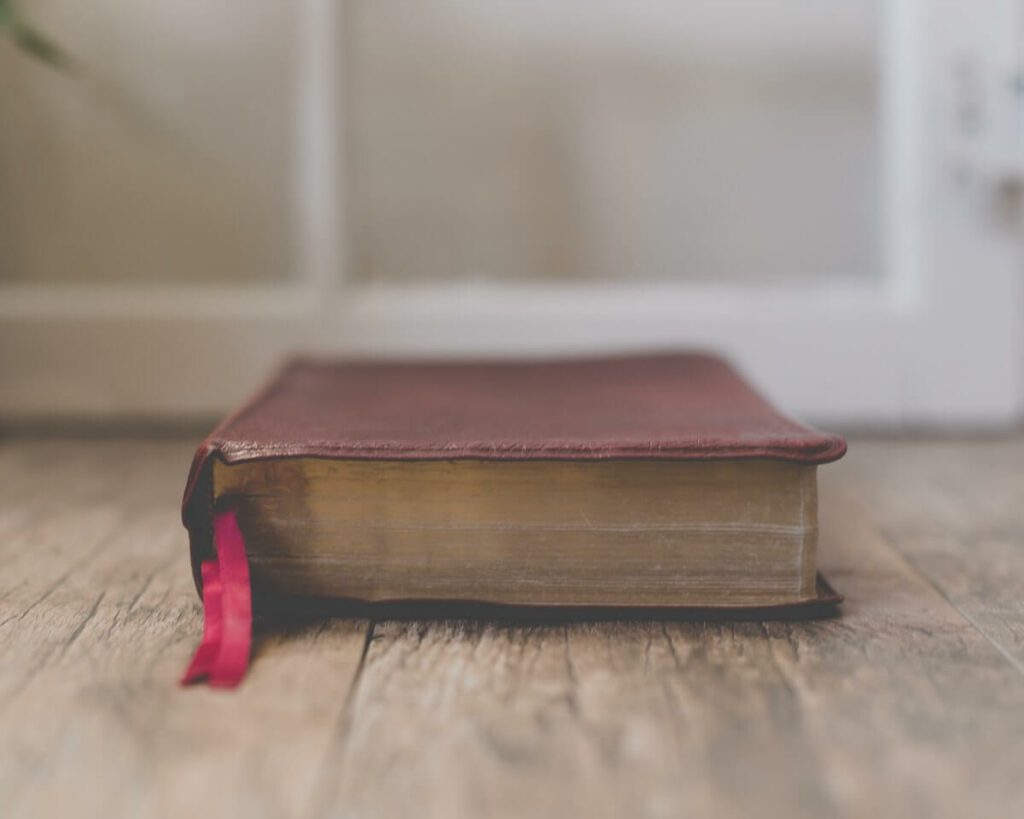 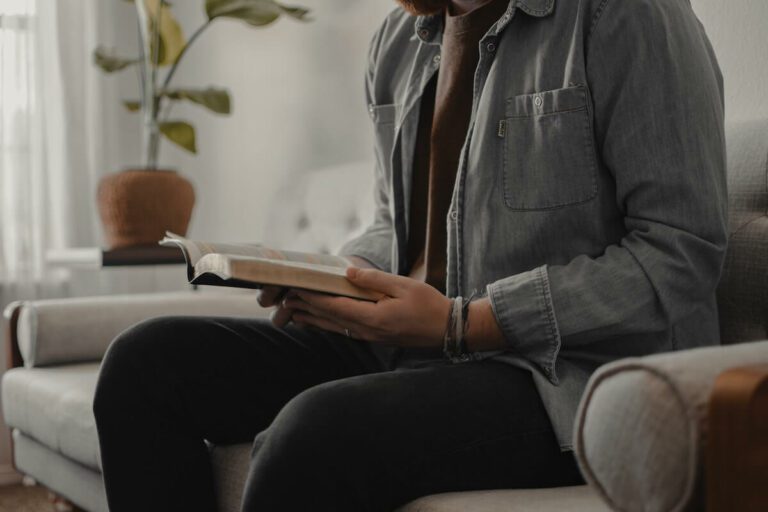