Four Ways to Let the Gospel Shape Your Response to Racism

Over the last two years, I have traveled my own journey of racial awareness, wrestling with definitions, with my own upbringing, with history, with other people. Many discoveries have been filled with painful truths and many conversations have caused emotional fatigue. The close association of American Christianity with white cultural supremacy and racism has created discouraging barriers for engaging my ethnic community with the gospel.

For the sake of the conversation, I will briefly define racism as preconceived views ascribing characteristics or abilities to other people based on the social construct of racial categories, and all policies and structures, whether economic, ecological, or political in essence, that normalize the construct, including the racial categories themselves. I am grateful for the gospel because it reveals the truth about our existence and has direct implications for how we view ourselves and how we relate to others. The gospel influences me to lament racism, repent of racism, emphasize imago Dei (God’s image), and fight for those I fight against.

1. Lamenting
According to a ‘Best Countries’ survey of more than 21,000 people from 36 countries in all regions of the world, about 60% agree that the world has become worse in the past few years, rather than getting better or staying the same.

Scripture and anthropology offer a different perspective of human history.

In fact, very early on in Genesis, we become aware of the intensity with which the evil among humanity covers the earth. The Lord’s response to looking upon His once flawless and harmonious creation is that of intense grief according to Gen 6:5-6:

Then the Lord saw that the wickedness of man was great on the earth, and that every intent of the thoughts of his heart was only evil continually.  The Lord was sorry that He had made man on the earth, and He was grieved in His heart.

The Lord sees all injustice and evil, and He does not respond with apathy or inaction. He is grieved and takes initiative.

As an African American, I am deeply grieved at the systemic injustice I see, as well as the responses of apathy and denial to those same injustices. I feel compelled to lament this reality, which requires that I remain actively engaged with the reality of racism. I don’t have sackcloth and ashes, but when I see my neighbor hurting and when I am made aware of systems that create orphans and widows, I weep and cry out for justice. I write poems and songs. I openly express my anguish and try to display solidarity. This eventually causes me to consider my own sins and how I’ve grieved the heart of God and hurt others.

2. Repenting
People who believe the doctrine of Original Sin regularly discuss the impact of Adam and Eve’s sins in Eden, but how many of the same individuals completely deny the possibility of sins of our founding fathers or modern leaders affecting our nation today?

We cannot afford to be naïve or remain ignorant about sin, including the sin of racism, individually and collectively. I regularly confess the unloving biases I hold towards my neighbors, and I pray for new ones to be revealed. This requires admitting I am in need of continual transformation through the renewing of my mind by the Word. This also requires a willingness to be directly challenged and changed culturally by proximity to people from other backgrounds. I have removed several words from my vocabulary, I have confessed to my biracial husband my wrongful attitudes, and I have disassociated with social groups spewing hateful rhetoric.

Racism is angering and saddening, but it is also convicting. For there is a difference between being rightly angry and having righteous anger. The Lord is far more appalled at evil and far more passionate about justice than I am. His response of the global flood (Genesis 6-9:17) is only trumped by His response on the cross (Matthew 27), accomplishing what only He could, crushing His Son with the weight of His wrath.

I am convicted that I must remain vigilant lest I conform to the worldly pattern of ethnic supremacy.

3. Emphasizing Imago Dei
The gospel compels me to assert the reality of the imago Dei in practical ways that create an alternative culture to toxic racism. The reality of fallen humanity possessing imago Dei is only possible by grace and through infinite wisdom and power. Human beings have been designed in such a way that inspires awe, reverence, astonishment, and godly fear (Psalm 139:14). However, our special position within the created order is not owing to our inherent human value or to qualities such as creativity, intelligence, capabilities, beauty, or complexity. It is solely because the Creator made us distinctly and bestowed upon us a position within the created order that we did not earn.

J. Richard Middleton describes the imago Dei as “the royal office or calling of human beings as God’s representatives and agents in the world.”[1] We have been given “power to share in God’s rule or administration of the earth’s resources and creatures.” Racism obscures and undermines the reality of imago Dei in several ways.

Instead of representing the Good King, seeking to align with His righteous, peaceful kingdom and orienting the rest of creation towards fellowship with Him, racism glorifies a few humans and tears down all others. The insidious nature of racism can accurately be described as satanic because it eventually sabotages our witness and prevents us from fulfilling imago Dei responsibilities together.

Not only do I emphatically affirm the dignity of those being oppressed, but also I remember that racists possess imago Dei. We see that Peter is rebuked sharply by a member of his own ethnic community, Paul, for mistreatment of members of the community of faith that did not share his ethnicity and customs (Galatians 2:11-14). In Acts 10, Peter shares a divine revelation to the community: “You yourselves know how unlawful it is for a man who is a Jew to associate with a foreigner or to visit him; and yet God has shown me that I should not call any man unholy or unclean” (Acts 10:28).

Peter wasn’t referring to an actual command in the Old Testament law (also known as the Torah), but rather to the man-made teachings that grew up in response to the law. Likewise, the Messiah, Jesus, tells the parable of the Good Samaritan to his own ethnic community, provoking and challenging their biases (Luke 10:25-37). Bryan Loritts, speaking boldly to an audience of mostly African Americans, said, “The gospel is not just for the lynched but for the lynch mob.” We are often the best candidates for speaking prophetically about the image of God to our own ethnic communities.

4. Keep Fighting the Good Fight
Despite racism, and arguably because of it, as an African American, I inherit a rich legacy that provides clear examples of faith, grace, loving one’s enemy, blessing those who curse you, praying for those who mistreat you, and being merciful, just as our Father is merciful.

One may be surprised to find that there are many historical parallels that can be drawn between the racial division of the American church and the historical estrangement between Gentiles and Jews in the early New Testament church. We read of the division that appears early on in the New Testament, and we can find encouragement to persevere. I have been challenged to become more aware of church history and see how many other areas of the Body of the Messiah, like Messianic Jews, are affected by prejudice, discrimination, or antagonism for being different. I think about how my expressions of patriotism might send the wrong message to my brothers and sisters where the American flag’s presence has resulted in the creation of orphans and widows. My personal hymnal is being crafted with the great multitude in mind, and I am committed to memorizing the songs of as many different cultures as I can in rehearsal for the ultimate congregational worship session to come in glory.

… pursue righteousness, godliness, faith, love, perseverance, and gentleness. Fight the good fight of the faith. Take hold of the eternal life to which you were called when you made the good confession before many witnesses. (1 Timothy 6:11-12)

Ultimately, I believe the gospel is the power of God and that through Christ, we can discuss these topics, with tears and anger and rage, and still manage to love one another and fight for one another. I believe corporate repentance allows me to identify with those I love while condemning their behavior and beliefs and correcting their worldview. I believe the glimpse of glory provided through Scripture is not simply telling us what will happen in the future, but also what should, by the Spirit’s power, begin happening now. May we walk in a manner worthy of the gospel, more and more until God’s kingdom comes.
________

Monet Robinson
Monét ‘Nefertiti’ Robinson is a singer songwriter and community advocate from Augusta, Georgia. She enjoys performing, writing, and traveling with her husband and son.
Topics 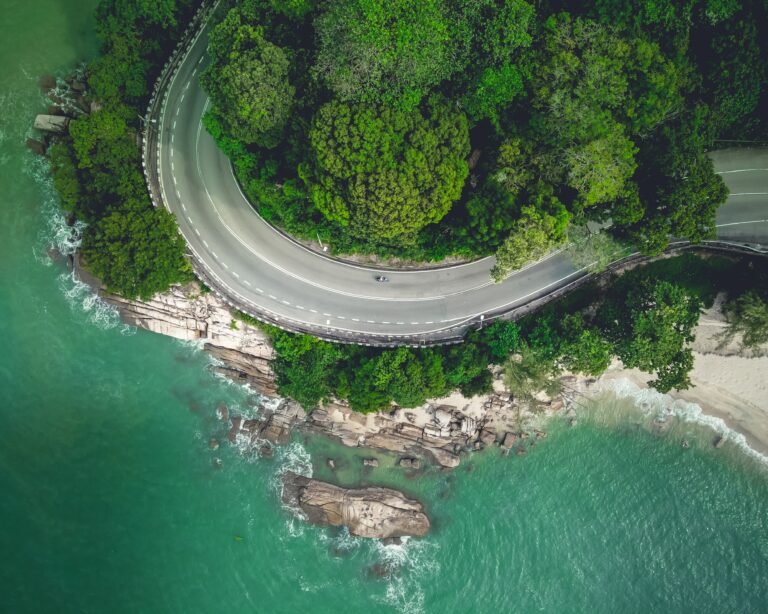