Every superhero has an origin story. A young Bruce Wayne saw his parents murdered in a Gotham City alley. Clark Kent’s spacecraft crashed in a farmer’s field outside Smallville, Kansas. Tony Stark was raised by a rich weapons manufacturer. Origin stories not only provide interesting material, but they also help the reader understand the hero’s identity, abilities, and motivation.

Who is in the Ironman suit? Tony Stark, brilliant inventor. How can Superman fly? Because he was born on an alien planet with stronger gravity. Why does Batman fight crime in Gotham City every night? He’s motivated by his parent’s death.

The Old Testament is the Christian’s origin story. By studying it, we learn more about our identity, abilities, and motivation. It begins with the creation account, where we discover that God made us in His own image (Genesis 1:26–27). Our dignity and worth come not from our accomplishments but because God breathed into us the breath of life. He equipped us with language and the ability to relate to Him and other humans, and He gave us a mission to act as His representatives, filling and cultivating His creation (Genesis 1:28). Not content to listen to God, we set ourselves up as His rival, ignoring His commands and seeking autonomy from Him (Genesis 3). And all this takes place in just the first three chapters!

The rest of the Bible adds depth to these initial observations. As the history of humanity unfolds, we learn more about who God made us to be, how we fail in various ways, and why we keep turning from Him. Apart from the Old Testament, we cannot understand ourselves or those around us, nor can we understand our real enemy. We identify other people as our enemy, even though every human being shares the common enemy of sin.

Those first acts of disobedience unleashed a virus that affects each of us and inevitably leads to our death. Though our ancestors explored every possible way to defeat sin and death, nothing worked. They didn’t possess the willpower to resist sin and temptation, nor the righteousness to counteract it. Our inability is splashed across every page of the Bible and leads us to long for a hero with the power to defeat sin.

The Old Testament not only contains the origin story of humanity, but also of humanity’s hero, Jesus Christ. When our first father and mother failed to obey God, God promised to send someone to rescue humanity from sin and death (Genesis 3:15). From that point forward, every law, promise, event, and account recorded in the Bible unveils more of the identity of our hero. It’s through the Old Testament that we learn Jesus will suffer and die in the place of sinners (Isaiah 53:4–9), rise from the dead after the third day (Isaiah 53:10; Psalm 16:10), and establish a kingdom of truth and justice (Isaiah 11). Apart from the Old Testament, our understanding of the identity, abilities, and motivation of Jesus Christ would be severely diminished.

Since the Christian’s goal in life is to know Christ (Philippians 3:10), and the preacher’s goal in ministry is to present everyone “mature in Christ” (Colossians 1:28), then Christ must be taught from all of Scripture. To ignore parts of the Bible is to present a disfigured picture of Christ and will inevitably lead to spiritually deformed Christians. Preaching Christ from all of Scripture provides an example to Christians, produces wisdom in difficult circumstances, encourages faith in God’s saving power, generates spiritual transformation, and fuels heartfelt worship.

When the young church in the ancient city of Corinth was struggling with idolatry, the apostle Paul reminded them of an event in Israel’s history recorded in the book of Exodus, saying, “Now these things took place as examples for us” (1 Corinthians 10:6). The Old Testament is filled with examples that teach us how to follow Jesus in a sinful and rebellious world and warn us about the allure and effects of sin.

What should Christians do when living in a country hostile to the gospel? The book of Daniel provides clear and helpful examples. What about when we suffer in spite of righteous living? Read the story of Abraham, study the life of David, and meditate on the book of Job. What about when we’re tempted to sexual sin? Contrast the response of Joseph with the response of David. These examples remind us of our weakness, assure us that through Christ we can be victorious, and clarify what faith looks like in everyday situations.

Tim Keller defines wisdom as “knowing the right thing to do in the 80 percent of life’s situations in which the moral rules don’t provide the clear answer.” How do we access this wisdom? Right in the middle of the Old Testament are five books referred to as wisdom literature: Job, Psalms, Proverbs, Ecclesiastes, and Song of Solomon. These books were written to help God’s people navigate that 80% of life’s situations not governed by clear commands.

Proverbs shows us how God’s world is intended to work. Job reminds us that even though it doesn’t always work that way, God can be trusted. Ecclesiastes informs us that apart from God’s wisdom, life would be empty and meaning elusive. Song of Solomon illustrates the difficulty and beauty of love in a broken world. Finally, Psalms teaches us how to talk to God and trust Him in the situations described in the other four books. The psalms were the prayers that Jesus and the disciples prayed in good times and bad. God’s wisdom guides our hearts in times of celebration and in times of suffering.

The writer of Hebrews was concerned his readers would follow the example of Israel into unbelief. He used their negative choices to encourage Christians to trust God and not fall away. At the climax of his argument, he lists story after story of faith from the lives of saints recorded in the Old Testament (Hebrews 11). He described these saints as a “cloud of witnesses” surrounding us as we journey through life. These saints have witnessed the faithfulness of God, and they testify to us that God can be trusted. The way we listen to them is by studying the record of their lives and seeing with our own eyes how God brought them safely home. Their example encourages us to persevere in the faith.

Christians change by “beholding the glory of the Lord” (2 Corinthians 3:18). Scripture records and illustrates the transformative glory of Jesus Christ. Apart from Scripture, our best attempts to help people fall short. “Without the Bible,” Sandy Willson wrote, “the Christ you preach is the Christ of your own imagination as you attempt to make others in your own image, not into the image of Christ.” People don’t change by looking at us but by gazing intently at the glory of God in the face of Jesus Christ (2 Corinthians 4:6). The way to show them Jesus is to preach Christ from Genesis to Revelation. Hearts burn with passion and eyes are opened in understanding when Jesus Christ is unveiled in Scripture (Luke 24:44).

One Sunday on the island of Patmos, the apostle John saw a vision of Jesus Christ that was so powerful he fell down as if dead (Revelation 1:17). He saw Jesus clothed in a majestic robe, hair as white as snow, eyes like fire and a voice like a mighty waterfall. Every part of Jesus’s appearance in this passage comes from a vision of God portrayed in the Old Testament. Understanding the origins of the vision produced in John a powerful impression of the power and majesty of Jesus Christ.

This was not simply his friend, Jesus, but the Creator of the universe, the God of Abraham, Isaac, and Jacob, the Holy One from Isaiah’s vision, and the God who sits enthroned upon the circle of the earth. As all of this information overwhelms John entirely causing him to collapse. But then Jesus lays His hand on John and tells him not to be afraid. How can one so powerful also be so kind? Just like John, the more we see of Jesus, the more amazed we become.

When the superhero, Black Panther, made his first movie appearance in Captain America: Civil War, fans went crazy. They wanted to know more about him. Where did he come from? What were his powers? What made him tick? Those questions and more were answered two years later in the movie, Black Panther, which detailed his origin story. Because fans loved him, they wanted more, and the more they learned, the more they loved him. If it’s true for a fictional hero, it’s even more true for Jesus.

Jesus is the real hero who conquered our greatest enemy and ushered in a new kingdom—one where truth and justice reign. The more people hear about Him, the more they love Him. So let’s tell His story—the whole story—week after week, leaving nothing out. Let’s not stop until He returns and the credits roll.

Josh Wredberg (DMin, Southeastern Baptist Theological Seminary) serves as the Lead Pastor at Redeemer Community Church in Fuquay-Varina, North Carolina. He is the co-author of Exalting Jesus in John and the author of 30 Days to 1 Samuel. He is a contributor to the online resource Christ-Centered & Clear, a website designed to help preachers and teachers in the development and delivery of clear sermons that point listeners to Jesus from every biblical text. Josh and Cari have three sons, Jack, Max, and Caed. 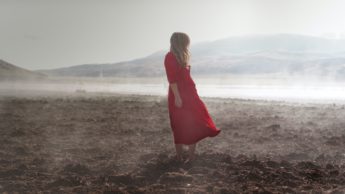