Why Should Gospel-Loving People Care about Politics? - Radical
Skip to content

We just endured perhaps the nastiest presidential campaign in modern history, an affair that left most with a bad taste in their mouths and relieved it was over. Many followers of Christ are wondering if politics should even be a part of faithful Christian witness in the world. Why should Christians even care about politics? So why not, many often say, simply preach the gospel and live out our faith in our communities?

Why Christians Should Care About Politics

This is a good question. Jesus desires his people to be wise about their time and resources and influence. But I would like to make the case that politics is not antithetical to our mission, but is part of what it means to live fully in God’s world.

Here are a few reasons why:

1. We should engage the political process as a matter of Christian stewardship.

We learn this from both Jesus and Paul. Jesus, in a famous statement to the Herodians and Pharisees of his day, said, “Render to Caesar what is Caesars and to God what is God’s (Mark 12:17; Matthew 22:21).” This was not simply a trite phrase, a clever pushback to two groups who attempted to trap him with their questions. Jesus is making a statement about the authority of government and the authority of God.

Jesus is saying that, contrary to what the Romans believed, Caesar was not God. He ruled only at the discretion of God. All human authority is a temporary stewardship. Caesar has his role, but there are things that are not his domain. He is not to be worshipped. We are not created in Caesar’s image, but in God’s image. Only God owns the conscience.

Paul echoed this truth in Romans 13, where he declares that all authority and power is given by God for the welfare of humanity. In a representative democracy like ours, this not only means that the leaders will be held accountable for the God-given power they possess; it also means the people who have the agency to elect their leaders, to influence public policy, to drive the debate in the public square—they too will be held accountable.

In other words, Jesus’ words and Paul’s words are not just pithy sayings designed to make us feel better about God being in control or to encourage us to pay our taxes. They remind us that in many ways, in a representative republic, the people themselves function in certain ways as Caesar.

Our freedom as Americans—our opportunity to vote, to shape policy, to influence the public debate—is a gift and a stewardship from God. To disengage is, in my view, an abdication of this stewardship.

2. We should engage in politics because we love our neighbors.

A consistent theme of Christian witness (in both the Old and New Testaments) is that the people of God are to love him and love their neighbors (Matthew 22:40). Christian witness is not simply vertical piety, but horizontal love.

There are many ways we show love for our neighbors. We serve them by looking out for their needs, respecting their property, and caring for them in a crisis. Mostly we love our neighbor by declaring to them the good news of the gospel, that in Christ they can be reconciled to the Creator who made them in his image.

But our neighbor-love can’t stop there. We have to ask ourselves this question: Can we adequately and fully love our neighbors by ignoring the opportunity to shape the social structures that affect him and the government that will rule over him? Consider . . .

Christians Should Care about Politics to Represent the Kingdom

Often when I hear people say we should take a break from the culture wars, I want to ask, “Which ones?” Every time Christians apply the gospel to their communities, they are, at some level, engaged in “culture warring.” They are bringing the kingdom of Christ to bear on this fallen world, a world that has been corrupted by the enemy. It’s a battle of light against darkness.

Every time you worship Jesus. When you go to church. Every time you sing a Christian song or read a Christian book, this is, in some ways, culture-warring. You are saying, like the apostles in the first century, “There is another King, Jesus. The rulers of this world are not ultimate and not king.”

This is what a real culture war timeout looks like. This is a half-gospel that stays cloistered within the four walls of the church, failing to move God’s people to love their neighbors, to care about human flourishing, or to embody the ethics of the kingdom. It is not the triumphant, world-altering good news Jesus delivered.

3. We should engage culture and politics because we seek the welfare of our cities.

In Jeremiah 29, the prophet told the humiliated and exiled people of God living in a pagan culture that their role was not to huddle together and wait for deliverance, but to build and plant, create and shape. They were to “seek the welfare of the city” (Jeremiah 29:7).

Today the people of God are similarly called to live on mission in the cities where they have been placed. Do you love your city? Do you seek its welfare? Can you love your city if you disengage from the public debates that help shape it? The truth is that if Christians don’t engage, who will? We do this knowing that we’ll never create a utopia. In many ways we are only working to establish pockets of hope in a world of brokenness. But when we do this, we show, in some small part, a glimpse of the kingdom to come.

4. We should engage politics because we speak to consciences.

Why should Christians care about politics? Because when we use our freedom to speak up for the vulnerable, to point to a kingdom ethic, to work for good government and good leadership, we are speaking to consciences still being formed by the Spirit of God. When we speak a gospel word, a prophetic word to the culture, we know that some who hear us will have their heads and their hearts stirred. Some who most vociferously oppose us may one day be transformed by the Spirit of God and become our brothers and sisters in Christ. We speak to the law written on the hearts of men, a conscience that points them toward what is true. 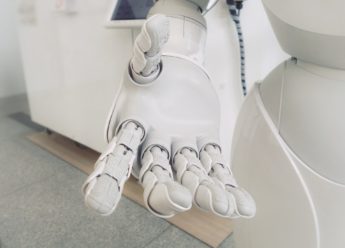 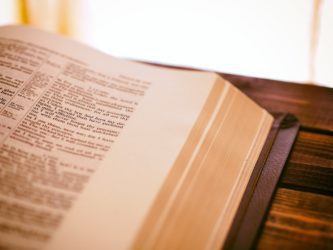