When the children of Israel passed through the waters of the Jordan on dry land, they took twelve stones out of the Jordan and set them up as a monument. Thus, in generations to come, when their children asked about those stones, they could tell the story of God’s power, allowing them to hear the gospel. But these peculiar stones also had a much broader purpose:

So that all the peoples of the earth may know that the hand of the LORD is mighty, that you may fear the LORD your God forever. (Joshua 4:24)

Monuments are important to finite human beings, for we tend to forget God’s wonderful works––even His extraordinary miracles––the moment we make eye contact with something else that piques our interest.

The Monumental Moment of Hearing the Gospel

In 2007, the Inapang people of Papua New Guinea were unreached. Without God. They were steeped in their own form of animism, having intricately woven their attempts to manipulate the spirits together with bits and pieces of organized religion. They had chased after every dream and tried every road, but their spiritual quests had left them unsatisfied.

As we grew in our relationships with these people, their deepest questions began to surface. They revealed their hidden fears, including their confusion about death and the afterlife. Amazingly, after hundreds of years of living these lies, God was about to reveal Himself and His Truth (through His Story) to the Inapang people.

In our minds, this was a monumental moment.

As in Joshua’s day, we wanted to mark this day as a monument so that we, and the Inapang, would remember God’s indescribable grace. However, we didn’t have a stone bigger than a quarter in our area of the jungle. Mud we had aplenty, along with jungle rope and trees. But no large stones. So we decided on coconut saplings and asked each family in the village to bring one to the teaching that first morning. Our family carried one as well and we planted them (as a village) in lines on either side of the thatched meeting house area. Then we gathered together inside to begin the greatest story ever told in the heart language of the Inapang. All 349 souls in the village came that day.

Over the next four months the Inapang listened to the stories (in chronological order) from Creation to Christ. My favorite lessons are the early ones that teach about God and His attributes. He is triune, holy, omniscient, omnipotent, omnipresent, immutable, good, sovereign, loving, and the list goes on. As we talked about this One True God, we kept hearing, “We’ve never heard of or seen a God like this.”

As we moved through the story of Creation and the Fall of Man, many of the Inapang began to put away their old stories and believe this new one. God was revealing to them how all things came to be. And this story was different because God Himself had written it down as the gospel and preserved it for them to hear and believe. It was the truth about creation written by One who was there!

Together, we cringed together as we heard about the first sin and the effects it had on our physical world. We learned how the payment for sin was physical and spiritual death. We trekked through the Red Sea and the desert with the Israelites. Together, we watched them set up the tabernacle as a place to make their sin offerings and sacrifices. The Inapang were engrossed, for they acted as if each day’s story was happening right before them. After the lesson on sacrifices, one lady was clearly aware of her sinful standing before God and her need of redemption.

The Need of Redemption

I have so many sins myself and then I think about our whole village. We are full-up with sin. And we don’t have sheep or goats. We don’t even have many pigs. I’m so worried that we won’t be able to pay for our sins. Do you think that the next time the helicopter brings you supplies, you could ask them to fill it up with sheep instead?

The tender, child-like heart that believes the truth is so precious! We assured our sweet friend that there was an even better answer coming. “Just keep listening,” we urged. We made our way through the prophecies of the coming “Deliverer-One” and it began to confirm in their minds that someone was going to have to die for their sins once and for all. As they heard new stories and learned about new characters, they wondered, Is this the One?

Finally, they learned that Jesus entered the world and they immediately fell in love with Him because of His power and His mercy and His kindness. Then, on September 21, 2007, after four months of oral gospel-storying, they heard the climax of the Story. God’s Son was crucified and then raised from the dead. The sacrifice had been accepted. The sin debt was paid. Humans, including the Inapang, once again had hope. By God’s grace, most of the Inapang village professed faith in Christ that week.

Today, ten years later, in the same village where mature coconut trees line the borders of our thatched meeting house area, many Inapang are still walking with Christ. Some have held on to their monuments through persecution and verbal attacks. Others, as Jesus predicted, have been choked out by the cares of this world (Mark 4:1–9). Still, others have grown into faithful men and women who have become spiritual leaders. And, gratefully, many have helped take this good news to nine other villages in the Ramu Valley.

All who speak Inapang have now had the opportunity to come into contact with the Creator God and His Truth. The coconut trees stand as a monument to God’s love, reminding the Inapang that they can trust His future grace as they weather new storms. For they have already witnessed His love and power.

Our God is passionate in His pursuit of His unreached children, and He is faithful to complete the work that He commissioned. The work in this valley is still not finished. Like thousands of language groups around the globe, many in Papua New Guinea––there are people groups here other than the Inapang!––still have not had the chance to hear God’s Story. Almost monthly, we receive handwritten letters asking for missionaries to come to various people groups. The Spirit is still moving to reach the unreached, and He has graciously given this work to His church––simple human beings like you and me.

Missionaries are just normal, everyday sinners who want to walk in obedience, need God’s grace, and care about lost and dying souls. If this sounds like you and you know the old, old story well enough to tell it again, consider making a career move that could affect the eternity of human souls. Don’t be afraid. Set up a monument to rehearse God’s grace thus far. And remember, when the King returns, the reward will be worth the cost.

To view a short video update from 2008 documenting the teaching from Genesis to Romans. 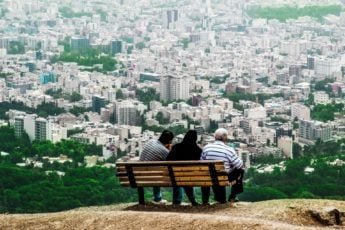