I was born on the edge of a technological revolution, just old enough to cling to the analog world while cautiously embracing all things digital. Consequently, I live between these worlds. I love the simplicity of a rotary phone as much as the complexity of an iPhone. I enjoy the crackle of a record as much as the clarity of an MP3. On road trips, I am as easily entertained by singing the songs of my childhood as I am by wading into the latest true-crime podcast.

In an age before portable televisions and satellite radio, my parents taught us to pass the time in the car by singing. All these years later, it only takes a few miles on the road and I am back in that familiar place singing the Ballad of Davy Crockett, the Kellogg’s jingle, or the University of Alabama fight song. Of course, the silly gave way to the sacred often enough on those family trips that now my heart seems to plead, “Sing it again!” as I recall the hymns of adoration and assurance my father sang over us time and again.

There is nothing new under the sun, including singing on road trips. Though they never loaded up the family sedan, the children of Israel were accustomed to singing as they made annual pilgrimages to Jerusalem to celebrate the feasts. So common was singing on their journeys to worship the Lord in His holy city that a portion of their hymnal was devoted to traveling hymns.

We know these songs as the Psalms of Ascent. The Israelites did not wait to arrive at the place of worship to sing their prayers and praises. Instead, as they made their way to Mount Zion, they proclaimed God’s protection (Ps 121), pled for God’s mercy (Ps 123), and pursued God’s favor (Ps 128). Over time, these songs were engrained in the hearts of the Israelites. Just like the roads they traveled, these hymns became well-worn paths into which God’s people could settle as they prepared to meet with the Lord. Every journey was an opportunity to sing them again.

One of those traveling hymns is Psalm 126. It is a song that both celebrates the surprising restorative work of God in the life of his people and cries for the divine restoration work to be continued:

Dependent on His Grace

Recognizing the dependent nature of discipleship, this psalm contends that there is never a time when God’s people can claim to have arrived, not even after experiencing his overwhelming grace. Instead, the people of God are perpetually dependent on God to extend grace to them. This is underscored by the sudden yet certain line drawn in the middle of the psalm. God’s people live in a space between: between adoration and supplication, between grace and groaning, between reaping and sowing.

But we do not live in the land of immediately. We are not given an opportunity for independence. We do not dwell on the far side of total restoration yet.

Opportunities to Depend on God

Instead, God continuously gives us opportunities to depend on him. He uses our difficulties and distresses to mold us to the image of Christ. Through our weeping and wanting, God brings us to a familiar road and says, “Sing it again!” And so we do. Like adults recalling the road songs of our youth, so we, the people of God, face the challenges of life with a song that both celebrates the grace of God toward us and contends for more grace to be extended, confident that one day the pleading will end and the praise will go on forever.

Indeed, that day will come. The sovereign Lord will bring human history to its final consummation, meting out justice upon his enemies and vindicating all of his saints. On that day, the traveling will have come to its end, our pilgrimage having arrived at its final destination. We will reside in the presence of God and the Lamb, in whose light we will walk and by whose grace we will reign. On that day, we will no longer inhabit a space between two worlds, for the kingdom that is now coming will be the kingdom that has come, and the not yet will be the already.

But until that day comes, sing it again!

Nicholas Gandy serves as pastor at Friendship Baptist Church in Springville, Alabama, where he lives with his wife, Mary Rhea. 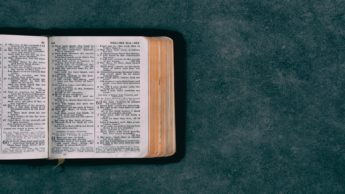 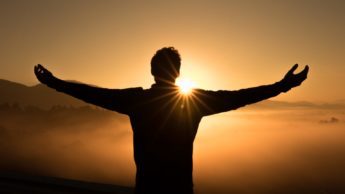 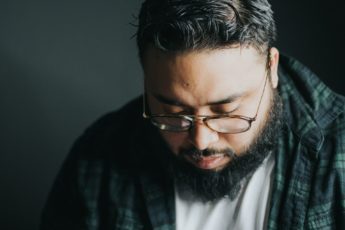 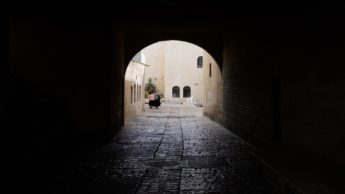