Religious Liberty is Not Primarily a Political Issue - Radical
Skip to content
Join us for Secret Church on April 21 as we study the book of Jonah. Registration is now open.

As brothers and sisters who believe the Bible, we believe religious liberty for Christians is not primarily a political issue; it is a gospel issue. This is so important. And I know there are some people thinking right now, “David, I thought you didn’t speak on political issues. Why are we talking about this?”

And if you’re thinking that, I just want to affirm what you’re thinking. I have no desire to give political speeches. That is not my job, nor do I want that to be my job. But when we, as a church, address issues like abortion, for example, we’re not addressing abortion as a political issue. Far before abortion is a political issue, it is a gospel issue. Abortion is an issue that deals directly with the character of God, the sinfulness of man, our need for Christ, and the reality of how faith in Christ compels us to action in a culture of abortion around us. Religious liberty is similar, which is why I don’t see this as a political speech but as a biblical message because the Bible addresses this issue.

Religious Liberty in the Beginning

In light of the whole of Scripture, we believe that freedom of religion and religious liberty for Christians is ultimately given by God, not just granted by government. Another way to phrase that: freedom of religion is ultimately given by God before it’s ever granted by government. We see this in the beginning of the Bible. When God created man and woman, he gave them a choice of whether or not to obey or disobey him. He did not force faith upon His creatures.

We talk often about God’s sovereignty over all things, and God is sovereign over all things. But God’s sovereignty never negates or removes man’s responsibility. Each of us has the choice of whether or not to obey God or to disobey God, and we have that choice because God has given it to us. This reality is seen in the ministry of Christ, who came to earth and invited people to receive Him and, at the same time, allowed people to reject Him.

The Example of Christ

Some listened to Him; others reasoned with Him; some argued with Him; many disagreed with Him. Ultimately, they all abandoned Him to a cross, but He didn’t force faith on people. In fact, in Luke 9 He rebuked His disciples for their desire to call down condemnation on Samaritans who were rejecting Him. In the next chapter, Luke 10, Jesus encourages His disciples to respect people’s freedom to reject Him.

We see this principle in 1 Peter 1:17: “Honor everyone.” Why? Because as men and women made in the image of God, all people have the capacity and the opportunity to choose to obey God or disobey God. Therefore, based on this biblical, theological foundation—this gospel foundation— it would not be right for you or me or any government to force faith upon people when God Himself does not force faith upon people.

The Essence of Faith

Genuine faith, in its essence, cannot be forced. Faith is a willful decision in the human heart to believe or not believe in someone or something. Augustine, an early church father, rightly wrote that “when force is applied, the will is no longer aroused. One can enter the church unwillingly; one can approach the altar unwillingly and one can receive the sacrament unwillingly; yet, no one can believe except willingly.”

You can be forced to come into a church, and you can be forced to take an ordinance. But you can’t be forced in your heart to believe something. Faith in its essence can’t be forced. We choose to believe. Religion is a matter of voluntary choice, not involuntary coercion. And this applies to all religion, not just Christianity. All people everywhere in every country and every culture are made in the image of God, and God Himself has granted them the right to choose how they will respond to Him. And we honor people by protecting that right.

Religious liberty for Christians, then, is not primarily a political issue; it’s primarily a gospel issue. The gospel itself comes with an invitation to choose to receive or reject Christ. Jesus says, “Come to me, all who labor and are heavy laden, and I will give you rest.” You and I have a choice whether or not to come to Jesus or to go to Muhammad or to worship Buddha or to reject the very idea of God altogether. God has created you with that choice.

For more on God’s design for government and how we should respond, join us for Secret Church 20, “God, Government, and the Gospel.” This excerpt was adapted from David Platt’s sermon “The Gospel and Religious Liberty.” 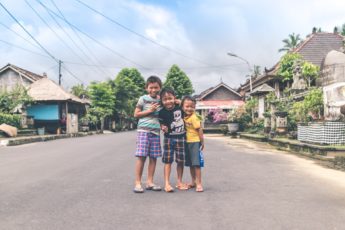 Why We Care for Orphans and Vulnerable Children 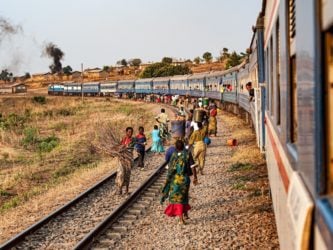 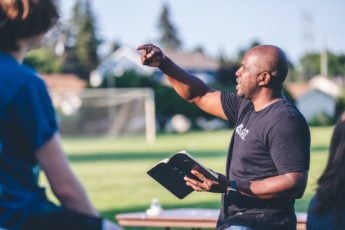 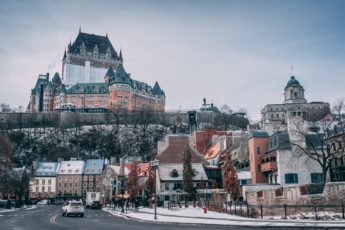 How to Pray for Canada