How to Pray for the Malaysian Church - Radical
Skip to content

To prepare for the prayer focus of Secret Church 18, we interviewed several Christians in Malaysia from many different walks of life—ethnic Malays, Chinese Malaysians, Indian Malaysians, Christians from “near” cultures, and expatriate Christians. We asked them to share with us how we could pray for them and for Malaysia. While many of these people walk in different circles, several similar themes arose from their requests. Read below the prayer requests from your brothers and sisters in Malaysia and join with them in prayer for this nation.

A Prayer for Freedom

“I have a dream that all people can have freedom of religion, and that one day more people will believe in Jesus.” – ethnic Malay believer

“My hope is for my people, the Malays, to be freed.” – ethnic Malay believer

One of the biggest barriers to the gospel in Malaysia is that religion isn’t free for all Malaysians. While Malaysians from some backgrounds can choose which religion they want to follow, ethnic Malays are bound to Islam for life. They have no option to legally change religions and face persecution from their families and the government if they try.

Pray for religious freedom for all people in Malaysia and for many more ethnic Malays to come to Christ.

“First of all, then, I urge that supplications, prayers, intercessions, and thanksgivings be made for all people, for kings and all who are in high positions, that we may lead a peaceful and quiet life, godly and dignified in every way.” (1 Timothy 2:1–2)

A Prayer for Obedience and Courage

“My prayer is for God to take out fear from our church leaders and change it with courage.” – ethnic Malay believer

“I would like you to pray for us [the church] we are not willing to sacrifice our lives. Pray for boldness and faithfulness. Fear is not as real as God, and God will prepare us.” – Malaysian pastor

Restrictions on churches and laws against sharing the gospel with ethnic Malays tend to cause fear and uneasiness among Malaysia’s churches. Recent kidnappings of prominent Christian leaders has further incited fear among Christians. Believers feel pressure to keep quiet and not go against the cultural norms. But some Christians in Malaysia are praying for a breakthrough. They are praying to push past fear and reach out to all lost Malaysians with the good news, even ethnic Malays.

Pray for Malaysian Christians to let go of fear and trust God as they step out to be obedient witnesses to those around them, especially Muslims.

A Prayer for New Believers

“The problem with new [ethnic Malay] believers is that we do not have proper guidance. No church is going to let you in because you have to fill out a form and register. Most Muslim background believers are in their own cave. We don’t have community. We don’t form churches.” – Ethnic Malay believer

“Ethnic Malay believers don’t like meeting other ethnic Malay believers because they’re not certain of the other person’s level of faith and whether they are safe. They have trust issues and fear exposure. There have been people who have backslidden and turned others in.” – Malaysian Christian

When an ethnic Malay comes to faith in Jesus, often they do not know where to turn for spiritual guidance. Going to a church is risky, and some churches are not ready to openly welcome ethnic Malays for fear of the government. Many times, ethnic Malay believers are isolated from others like them who have left Islam to follow Christ because they are not sure who to trust. There are few discipleship opportunities, and ethnic Malays typically meet secretly in small groups.

Pray for Malaysian Christians to step up and lovingly disciple ethnic Malays who come to faith, despite the risks involved. Pray also for ethnic Malay believers to begin to trust one another so that they can have fellowship and build one another up in the faith.

A Prayer of Encouragement

“May the God of endurance and encouragement grant you to live in such harmony with one another, in accord with Christ Jesus, that together you may with one voice glorify the God and Father of our Lord Jesus Christ. Therefore welcome one another as Christ has welcomed you, for the glory of God.” (Romans 15:5–7)

Our brothers and sisters in Malaysia face many pressures, both legally and socially, but Christians are beginning to step out in faith to reach more ethnic Malays and other Malaysians with the gospel. Join with the church in Malaysia as they pray for God to move mightily among the peoples of Malaysia so that all Malaysians might give glory to God. 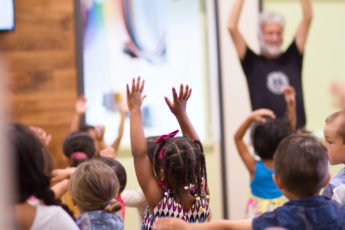 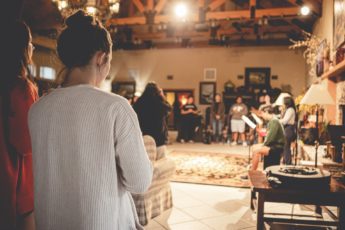 What to Look for in New Small Group Leaders 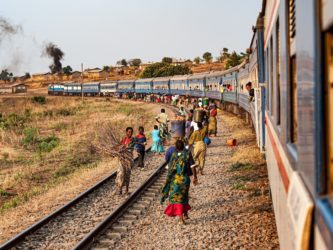