How Does the Bible Define Justification? - Radical
Skip to content
Join us for Secret Church on April 21 as we study the book of Jonah. Registration is now open.

The Bible defines Justification as the gracious act of God by which He declares a sinner righteous only through faith in Jesus.

Justification is an Act of God

Justification is a Declaration

For the rest of the definition of how the Bible defines justification view Session 3 of Secret Church 10. 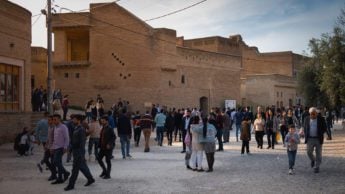