How Do We Become Free From Sin? - Radical
Skip to content

Have you ever been totally overcome by an urge? Not just tempted, but literally unable to help yourself?

Say you have a weird (and totally made-up) condition in which you must always get eight full hours of sleep at night. I’m not talking about being cranky if you get less; I’m talking about not being able to wake up after being asleep for seven hours and 50 minutes because you’re ten minutes short. Like, if you went to bed at midnight and set your alarm for 7:15am, there’s no chance you wake up when it rings. If there was such a condition and you had it, would you describe yourself as free or enslaved? Obviously, you’d be a slave to your unyielding sleep requirement.

When we think about sin, we can liken it to this odd sleep condition. If we’re totally overcome by it, then we are enslaved to it. On top of that, we’re blind to it. We are not free from sin.

Second Peter 2:19 states it plainly: “They promise them freedom, but they themselves are slaves of corruption. For whatever overcomes a person, to that he is enslaved.”

The sobering fact of the matter is that we are all naturally unable to stop sin from overcoming and enslaving us. What’s more, we dangerously deceive ourselves by explaining our sin in terms of personal autonomy. I can do whatever I want to, we think. No one’s giving me any orders. Maybe that’s not actually freedom, though. Maybe we’re actually freer when we’re able to not do whatever we want to.

It seems like that’s what Peter is saying here. If you are unable to resist sin, it’s got your number. You can’t overcome it because it’s overcoming you, making you bend to its will. You can’t not sin.

But here’s the good news. In Christ, we have been set free from sin.

“For we know that our old self was crucified with him in order that the body of sin might be brought to nothing, so that we would no longer be enslaved to sin. For one who has died has been set free from sin” (Rom 6:6-7). The gospel truth is that if we’re united with Christ, our old corrupted self has been brought to nothing and we are free from sin. And as we are formed more and more into the image of Christ, the less we’ll fall under the crack of sin’s whip and the more we’ll be able to practice self control (Gal 5:22-23).

In other words, believers can say no to sin. And that is true freedom. 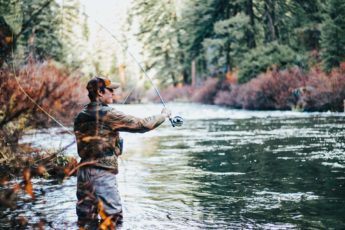 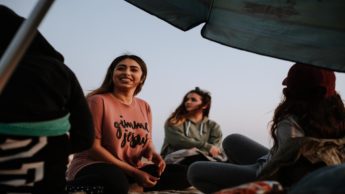 How Do We Evangelize with Love and Humility?