Biblical Manhood and Unhealthy Masculinity - Radical
Skip to content
Join us for Secret Church on April 21 as we study the book of Jonah. Registration is now open.

Twenty-seven-year-old male, unkempt facial hair, obsessed with video games, frequent consumer of pornography, lives at home, part time job, has taken a few classes at a community college, not sure what he wants to do in life.

Twenty-three-year-old male, fifth year at a state university, drinks heavily on the weekends, loves watching sports, works out five days a week, carefully manages his Tinder profile, not looking for a serious relationship.

Meet the “adultescent” male. He is in no hurry to grow up and has found ways of enjoying many of the privileges of adulthood without incurring any of the costs. He has plenty of masculinity, but it has run amok. Unshaped and uncultivated, his masculine impulses have become toxic and turned him into a “man-child,” a man in age and stature but a boy in maturity and self-control.

The Answer to Masculinity

Masculinity isn’t the problem in the above examples; it is the raw material. It will be expressed, either in healthy or unhealthy ways. This means the answer isn’t to try and suppress masculinity or to feminize it, but to form it into something useful. Masculinity is the raw lump of metal; biblical manhood is the forged sword. The work comes in shaping and molding the unbridled masculinity of adolescence into a force unleashed for good upon the world.

So how can the gospel shape masculinity into something useful for the kingdom of God? Let’s consider three components of masculinity, their modern shortcuts, and the Bible’s answer.

Young men are eager to be good at something. In times past, their ability to master a skill or trade was the doorkeeper to setting out on their own, getting married, and having the independence that they so desperately craved. Competence and mastery give a young man a sense of self-worth, help him participate in conversations, and shape him into a valuable member of society.

Most young men I know are masters of something. Unfortunately, many of the things mastered have no value in the workplace and offer no real skill in adult life. I’ve met students with encyclopedic knowledge of fantasy universes, musicians, sports teams, video games; the list goes on and on. The danger is that these easier pursuits can keep them from mastering the difficult things that are far more valuable in the workplace and in their own lives.

While Jesus is certainly unique in terms of His divine-human identity, he nevertheless provides us with a good model in this (and other areas). Jesus, empowered by the Spirit, worked a trade in his early years, mastered the Word of God, and grew in wisdom and in relationships (Luke 2:52). He focused on the essentials, and He didn’t let distractions keep him from communing with his Father. As his ministry began, he felt prepared and competent to fulfill his call.

If you want to get middle or high school guys interested in something, make it a competition. Young men are wired to test their mettle and see how they measure up. They want to conquer challenges in whatever shape or form they find them. This often leads to risky behavior, where young men try to find their limits. But, as noted earlier, the world needs risk-taking men!

Media, and video games in particular, have a way of satiating this impulse without any real risk or reward. The thrill of victory from the comfort of your own couch! Winning that first game of Fortnite after dozens of attempts lights up the male brain’s reward centers and gives an amazing rush. The problem is that these shortcuts to real achievement don’t teach young men the perseverance and toughness needed to succeed in the real world.

Since young men long for this, older men need to step up and provide opportunities for young men to test themselves and be initiated into the fellowship. Experiences like the one described here are great ways for fathers, or other male mentors, to usher young men into manhood.

Picture Jesus in the wilderness for forty days, tempted and tested, His Father preparing Him for the years ahead. Jesus faced down constant opposition in His public ministry. He confronted the Pharisees, cast out demons, and ultimately turned toward Jerusalem to be abandoned by friends and crucified. Jesus shows us how to enter into hardship for the joy on the other side.

3. Love and its Pursuit

With some degree of competence and a willingness to take risks, many (though not all) young men will want to pursue a mate. They initiate with the woman, which requires vulnerability and sacrifice, and open themselves up to rejection. Biblical dating requires men, not boys, in order to work!

Jesus could not offer a stronger contrast. Full commitment, total sacrifice, total vulnerability, and total commitment to His bride. Instead of taking advantage of women, Jesus exalts His bride.  Instead of being obsessed with receiving, Jesus came not to be served, but to serve, and to give his life for His bride (Matt 20:28; Eph 5:25).

We must intentionally train up young men to take up roles that God has laid out for them. When good men do nothing (or don’t exist), wicked men will rise up and wield their power to hurt, abuse, and control those around them to suit their pleasure. The stakes are high.

John and his wife, Jamie, met in Birmingham, Alabama, and have been married for eight years. They have three children, Noelle, Ben, and Peter. John received his Master of Divinity from Beeson Divinity School, and is currently the Pastor of Students and Families at Calvary Memorial Church in Oak Park, IL.

How Should Elders Serve Their New Church on the Mission Field? 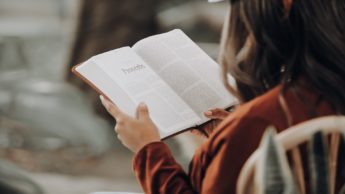 Bible Reading as a Spiritual Discipline 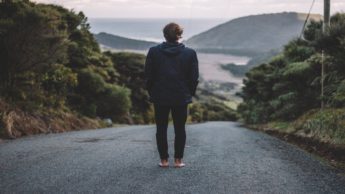 Where are the Men in Missions? 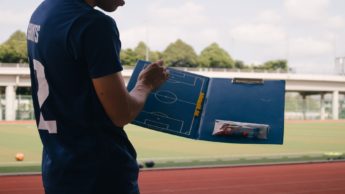 Coaching and the Gospel