The Sufficiency of Scripture as Fuel for the Mission of God

Few things are as encouraging as hearing the voices of the saints singing the truth of the gospel. A hymn that always comforts my soul when sung corporately is “How Firm a Foundation.” The first verse of the hymn ends with,

What more can He say than to you He hath said,
To you who for refuge to Jesus hath fled?

This is a truth we constantly need to remind ourselves of, namely, that Scripture is sufficient.  Second Timothy 3:16–17 says it this way:

All Scripture is breathed out by God and profitable for teaching, for reproof, for correction, and for training in righteousness, that the man of God may be complete, equipped for every good work.

God has given us His Word, and by grace through faith in this Word we are made wise for salvation and equipped for every good work.

The Lord graciously reminds His people through the prophet Isaiah that His Word does not return void (Is 55:11). Just as sure as the rain falls to water the earth, and as sure as the seasons will change, so will the word of the Lord accomplish its purpose. We see this especially in the life and ministry of Jesus, the One in whom the promises of God find their yes and amen (2 Cor 1:20). Though outwardly He was doubted and opposed, His words were life-giving and, ultimately, they were proven true.

Jesus came to earth appearing as a commoner, but one who made bold proclamations. In John 4, he finds a woman who has been married multiple times and confronts her for that (as well as calling her out for sleeping with a man who is not her husband). He confronts her and then claims that He is the only one who can give her true comfort––living water that causes none of its partakers to thirst again (Jn 4:14).

In Mark 2, we find a paralytic who has heard of this Galilean man who apparently has the power to heal. His friends lower him through a roof to see Jesus. The first thing Jesus says to this man is not “get up and walk” but rather, “Son, your sins are forgiven” (Mk 2:5). Jesus claims to have the authority to forgive sin; he wastes no time getting to the heart of the matter. He proceeds to heal the man.

In John 8, Jesus frustrates a crowd after saying that anyone who believes in him will not see death. The crowd is certain Jesus has a demon because even Abraham died. Jesus informs them that Abraham saw his day and was glad. Puzzled by a remark from a young man, they wonder how Jesus had seen Abraham. Jesus replies by calling himself the name God revealed to Moses, “I AM” (Jn 8:58).

Flash forward to the cross. Here it seems as if the man hanging on the tree is being exposed as a fraud, a wannabe prophet. It must have seemed to the disciples and followers of Christ that evil had prevailed and that Rome had won, but God’s Word does not return void. Through Christ’s death, God was plotting for the salvation of His people and the glory of His name. The foolishness of God is wiser than men (1 Cor 1:25). God raised him from the grave, loosening the pangs of death, which could not hold him. His cross and his resurrection are sufficient to save His people.

Jesus laid down His life and took it back up again. He cashed in on all of His promises and can be taken at His Word. It is this Sovereign King who commissioned His disciples to go into all the world proclaiming all that He commanded. The One who commissions His people is the One who has all authority in heaven and on earth and promises to be with them always, even to the end of the age.

Now all who turn from sin and trust in Christ’s finished work on the cross are declared to be the children of God (Jn 1:12). We who were dead in our trespasses and sins have been made alive together with Christ (Eph 2:1, 5). We have been redeemed from the curse of the law (Gal 3:13). We have been sealed with the promised Holy Spirit, who is the guarantee of our inheritance, until we acquire possession of it (Eph 1:13–14). In 1 Peter 1, we find a strong exhortation to suffering Christians to see that followers of Christ have been born again to a living hope. Christians have awaiting them an imperishable and unfading inheritance where they will be in the very presence of God, knowing the fullness of joy for all eternity (1 Pet 1:3–9). The sufficiency of Scripture fosters in the life of the believer supreme confidence.

Christian, see what God has already done for you and rest in the reality that He can be trusted. He can be trusted with your life, and He can be trusted with His gospel. The sufficiency of Scripture fuels us to contend for the faith in our city, throughout this nation, and to the ends of the earth. We can approach the moral deist in Birmingham, Alabama, the antitheist on an ivy league campus, and the Muslim in an isolated unreached people group of Afghanistan––all with supreme confidence because the Lord has always shown His faithfulness and will call His people according to His purpose for the good of His church and for the glory of Jesus Christ. We go forth into the world assured that the outcome is secure . . . that one day the glory of the Lord will cover the earth as the waters cover the sea (Hab 2:14). 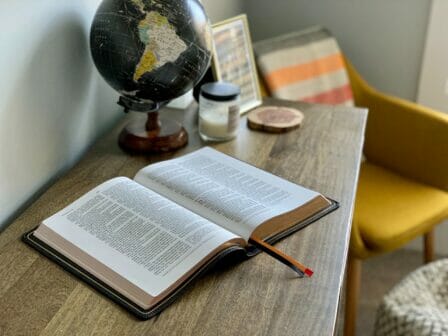 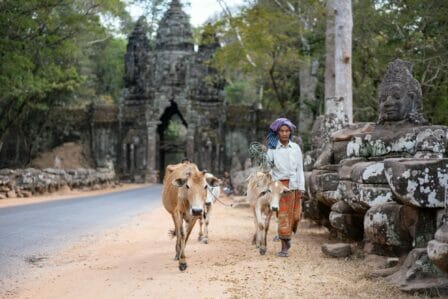 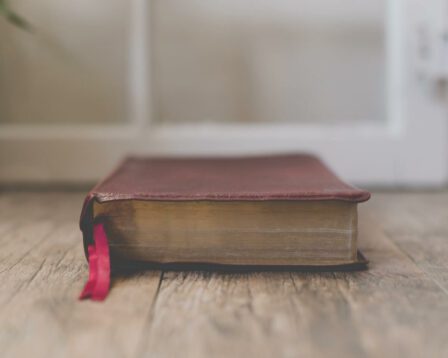