Prayer and Learning to Lean

The year was 1992. I was eight years old and had just finished watching the Summer Olympics. I’d decided I was going to be a gymnast when I grew up. But first things first: I had to learn how to do a backflip. I went to my school’s library, deciphered the mystery that was the Dewey Decimal System, and found a book on gymnastics. I flipped to the section that talked about back handsprings, read it repeatedly, and examined the diagrams. After school, I got my mattress from upstairs, brought it to the front lawn, and attempted my first back handspring.

Fast-forward a few frames, and now see me limping away humbled. Apparently, back handsprings are easier read than done, I had to practice. I had to learn how to depend on my hands to support the weight of my body as I turned over backward in midair.

Our church was forced to lean. The suffering early on in the life of our church made dependence on God tangible. Our first nine months weren’t full of weddings, births, new members, and conversions. The excitement that characterizes many church plants filled with a bunch of twenty- and thirty-somethings was nowhere to be found. Instead, it was as dreary as a Seattle winter. In March, a church member experienced the death of her mother figure and mentor. In April, my brother died. In May, another church member lost his sister to cancer. On June 7, 2015, the day our church actually launched, we received news that my wife’s grandmother had just passed away.

The same rang true for July, August, September, and October. There were some high notes, like the October baptism of a fifty-three-year-old church member whose diagnosis of cancer was used by God to awaken her to her sin disease. But on January 30, 2016, this same cancer that introduced her to Jesus snatched her from us and gave her a face-to-face meeting with her Savior. We rejoiced when we baptized her, and we mourned when we buried her just a few months later.

Life had crippled us. Joy was elusive. Sorrow was near. We were forced to learn what it meant to lean on God as we cared for one another. We didn’t have words of wisdom, or adequate resources to care for everyone’s needs. We were ill-equipped to deal with burdens we had committed to carry. Through it all, we learned one lesson: when life knocks you down to your knees, don’t be so quick to get up. Instead, be quick to look to God in prayer. In the school of affliction, we learned to lean.

My question for you is this: Where do people actually learn to lean on God in your church? Is there a space for them to learn dependence? Is there a time set aside? Or is it assumed that people will take the instructions and diagrams laid out during the preaching and work out the dependence part on their own? Thankfully, we aren’t expected to be innovators. We don’t have to come up with new strategies or plans to help people learn what it means to lean on God. We only need to be investigators of what God has already laid out. Even if we look in a cursory manner at God’s Word, we’ll see the solution is right under our noses.

Focus on the Obvious

One of the most important lessons I learned when it came to Bible study is captured in the acronym FOTO: Focus On The Obvious. Our first step in Bible study should be to look for the things that are plain to any reader. Don’t start with a magnifying glass. Start with an aerial shot. To understand the importance of prayer in the life of the church, one only needs to fly over the book of Acts.

To be clear, details are important. All of the Bible is inspired by God, and God carefully chose those who wrote it. Luke, the physician who wrote both Luke and Acts, was meticulous in giving a detailed and orderly account of the life of Jesus (see Luke 1:1–4) and the beginning of the church (see Acts 1:1–3). He wanted his audience to be certain about the things he had learned.

Luke characterizes the church as a people of prayer. Even a cursory reading of the book of Acts shows us the prevalence of corporate prayer.

See what I mean? Prayer is mentioned no less than twenty-one times in Acts. Furthermore, these prayers are inherently corporate. Whenever prayer is mentioned, it overwhelmingly involves others. Even in instances when individuals are praying, they involve interpersonal relationships (e.g., Stephen prays for his murderers to be forgiven and thus included in God’s family; Peter and Cornelius are brought together through their private prayers). Luke highlights that the church did more than learn truths about God. They really leaned on him. In Acts, Christians regularly gathered for prayer. Why is it that this kind of prayer is absent in many of our churches today?

This excerpt taken from Prayer: How the Praying Together Shapes the Church, 91–95.

John Onwuchekwa
John Onwuchekwa (MA, Dallas Theological Seminary) serves as pastor of Cornerstone Church in Atlanta, Georgia. He is a council member for the Gospel Coalition and a contributor to the book 15 Things Seminary Couldn’t Teach Me.
Topics 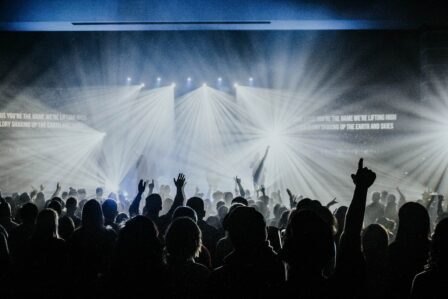 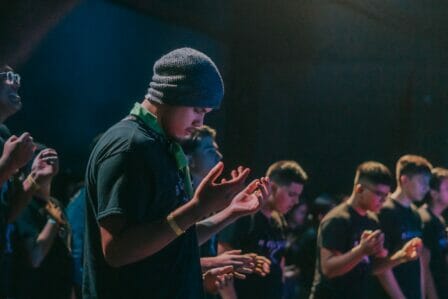 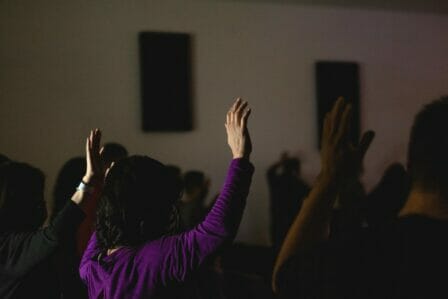