Infertility, Motherhood, and the Church as Family

Each of us is born into a family. We don’t have a say in the matter. We’re born, and that’s where we find ourselves. We first come to some sense of ourselves in the context of family; we understand our place in relation to others—parents, siblings, etc.—who love and care for us. It’s also why we tend to think of home and family as almost equivalent: here we are placed in the world with each other. Novelist Jonathan Franzen’s description of family as the “house’s soul” captures the idea rather elegantly, I think. We need and want family.

Adopted children are family. They were not born into their family but are lovingly brought into a family on the conviction and hope that family is what they’ll always be to one another from then on out. They belong and have a place. The Latin origin of the word adopt connotes something akin to “choosing,” and adoptive parents often admit to feeling like they were chosen for the adoption—not by the child, of course, but by God. God brought them to one another.

Being redeemed by Jesus Christ means we are adopted as his sons and daughters. When we are estranged and undeserving, Christ through his Spirit comes to us and brings us into his family: “The Spirit himself bears witness with our spirit that we are children of God, and if children, then heirs—heirs of God and fellow heirs with Christ” (Rom. 8:16–17). By him we cry out, “Abba! Father!” (8:15). Paul says something similar to the church at Galatia: now that Christ has come, we are no longer slaves, but children, heirs of the promise, Abraham’s offspring (Gal. 3:25–4:7). We are adopted as sons and daughters through Jesus Christ, “according to the purpose of his will, to the praise of his glorious grace, with which he has blessed us in the Beloved” (Eph. 1:5–6).

In God’s family everyone is adopted. God comes to us and brings us in. He is our dwelling place, as the psalmist put it so poetically (Psalm 90). We are his sons and daughters, and we are brothers and sisters to one another. As God’s children we are with one another and for one another. That doesn’t mean this family life will be perfect or predictable, of course. It means simply that we’re in this together. We have a common endeavor. And we do well to remember that, despite our gruesome sinfulness, Christ adopted each of us for life eternal with him.

Married or single, orphaned or adopted, fertile or infertile, close or estranged: the Christian always has a family. To believe upon the Lord Jesus Christ is to belong. As his child, alongside brothers and sisters, here we learn participation in God’s mission. We find ourselves here, not somewhere else, and now, not some other time. We are to discern the terms and circumstances of our lives, to interpret them, and to bear witness to the good news in Jesus Christ.

I say these are instructive because “circumcision” and “bondservice” designate two of the most basic social identifiers of the ancient world. A son born into the house of Israel is circumcised as a sign of the covenant. Circumcision=Jew. Tribe and ethnicity represent basic social identifiers. The same goes for bondservice, which functions as an indicator of socio-economic status. Even in the modern world it is difficult to locate two more basic identities than nationality and occupation.

The context for Paul’s rule is marriage and singleness, but I believe the principle applies also to couples with and without children. The family is differently constituted and thus is differently called. Different challenges and opportunities present themselves, yet each has its own definite task. Living and proclaiming the gospel is not dependent upon having children of one’s own. The mission is the same. Only the conditions for carrying out that mission differ, in one case single and the other married, in one case with children and the other without. This would not have been feasible under the old covenant because the promise was in some sense contingent on Israel’s continued propagation. Under the new covenant, however, spiritual rebirth rather than natural birth brings us into God’s family.

This fact of having been adopted into God’s family has direct application to how we think of our own families. Family is calling. And just as singleness or marriage contributes to our respective callings, so too does parenting and childlessness. Only God knows the exact reasons for these respective callings. None of them are “easy.” Yet the terms of discipleship are such that we give ourselves to God—all of ourselves—and receive from him what we need to live and to serve.

Matthew Arbo
Matthew Arbo (PhD, University of Edinburgh) is assistant professor of theological studies and director of the Center for Faith and Public Life at Oklahoma Baptist University. He and his family are members of Frontline Church in Oklahoma City, Oklahoma.
Topics 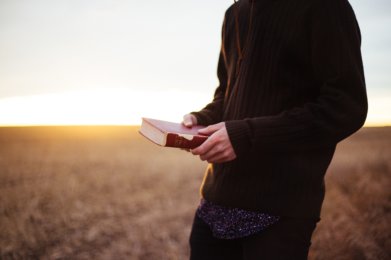 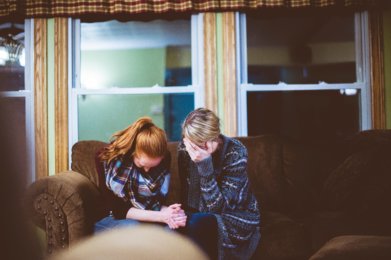 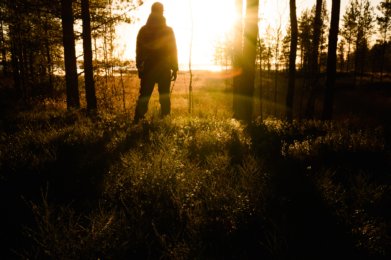