Biblical Christians (BCs) believe in one God who created the universe and cares for people, the possibility of a personal relationship with God, the need for sins to be forgiven to be saved, the authority of the Bible, ecclesiastical authority and discipline, the need to live differently from the world (in the world but not of the world), the kingdom of God (already inaugurated but not yet consummated), Jesus as the king of the kingdom, the need for obedience, God’s gift of teachers and leaders in the church, the mandate to make disciples of all nations, and the need to remain faithful under persecution.

Jehovah’s Witnesses (JWs), according to their official publications, such as The Watchtower and Awake, also subscribe, generally speaking, to every item on that list. This doesn’t at all mean that BCs and JWs have the same beliefs. But it does mean that on the surface of these vaguely and broadly stated points of faith, the two beliefs system appear similar in many ways.

Given this, BCs should approach sharing the gospel with JWs carefully. Consider some of the arguments often made against JWs that cannot be sustained:

“JWs are strange and weird and, therefore, wrong.” This is a folk-level argument that doesn’t work because the Bible assumes Christians will appear odd in this world (1 John 3:1). After all, we’re commanded to symbolically eat the body of Jesus and drink his blood (John 6:53). Our entire faith rests on the fantastic reality that Jesus was physically dead and came back to life (Romans 1:4; 6:5; 1 Corinthians 15:21). Within the context of the world’s belief systems, these are very “strange” teachings, often labeled as absurd and ridiculous. Thus, the relative “strangeness” of JW beliefs and practices shouldn’t arouse our scorn. Ironically, they can use their “strangeness” as an argument for their authenticity.

“JWs are too aggressive in their evangelism.” This argument doesn’t work because the Bible calls BCs to be bold and open with their evangelistic practices (Matthew 28:19–20; Acts 1:8). In evangelistic fervor, JWs often set the standard. Why should they be mocked for engaging so passionately in an activity God calls us to do?

“JW leadership has often been cultish and abusive toward its adherents.” Yes, but at certain times and places so have baptists (and plenty of other faith groups)! Abusive behavior in and of itself does not prove or disprove the veracity of a belief system. If Einstein was abusive toward others, it wouldn’t make E=mc² false.

This kind of analysis could be extended at length, demonstrating how difficult it can be to share the true faith with those who hold to a very well-developed counterfeit, especially when JWs are convinced that the BC version is the counterfeit one. It seems, then, that if BCs are interested in sharing the gospel fruitfully with JWs, two things should be kept in mind: (1) we must be friendly, and (2) we must be willing to discuss doctrinal issues in a nuanced way.

1. We Must Be Friendly

Honestly, because of the numbers, most BCs are unlikely to encounter many, if any, JWs in their lifetime. According to the Pew Research Center, there are approximately 2.5 million JWs in the United States (well below one percent of the total population), and not all of them are serious about their beliefs. When encounters do occur, it’s usually at the front door as JWs circulate their message. Such encounters are not typically friendly or personal, but hasty and agitated. Instead of attempting to build relationships during these visits, BCs often express a kind of pride in their rudeness (“I slammed the door in his face,” or “I told her I have a religion already, thank you very much”).

BC rudeness, by the way, is counterproductive. JWs already perceive themselves as a shunned and persecuted group, and to some degree it’s true. So when BCs act obnoxiously toward them, it only pours fuel on their belief that they’re the righteous remnant. It makes them feel more correct about their views, not less.

To make genuine friendship even more difficult, JWs are not allowed to be socially connected outside of their group, or at least not much. This means that most of them are not interested in getting to know us personally either.

It takes some concerted effort to befriend a JW, but most effective evangelistic effort requires it. The one thing that many JWs do not expect from BCs is a heartfelt concern for them as people. Beyond basic human decency, BCs should strive to show genuine love for JWs. Most JWs, like most BCs, are socially connected to their faith family in ways that sway their acceptance or rejection of certain theological beliefs. For the majority, then, authentic person-to-person kindness, generosity, patience, and love are much more effective and persuasive than simply relying on logical argumentation. Furthermore, genuine affection is often the instrument God uses to open a door of evangelistic opportunity with a JW friend.

2. We Should Know Some Nuances

As the list at the top shows, arguing about general, vague doctrinal points with a JW will not likely yield any fruit. They will simply agree with your stated beliefs (“We believe in God, the Bible, Christ, salvation, God’s kingdom, etc., just like you”). Instead, the clear differences between the theology of BCs and JWs lie in the nuances. This means BCs have to understand the nuances of their own views as well as those of their JW friend. Obtaining this kind of knowledge takes some fairly intense and focused study. Here is one example.

BCs believe in the Trinity. We believe that Jesus is the fully divine Son of God, God come in the flesh (John 1:1; 8:58; Colossians 2:9). JWs vehemently deny the Trinity and the deity of Christ. They believe Jesus is a created being, albeit a very special one. However, when JWs talk about Jesus, it often sounds similar to how BCs talk about him (they even refer to him as the Son of God). But once the nuances of their position are studied, the major differences come to light. A 2011 edition of The Watchtower states it this way:

Unlike any other human, Jesus lived in heaven as a spirit person before he was born on earth. (John 8:23) He was God’s first creation, and he helped in the creation of all other things. He is the only one created directly by Jehovah and is therefore appropriately called God’s ‘only-begotten’ Son.

Similarly, a 2012 edition of The Watchtower states,

Jesus was the best person to help others get to know his Father. Why? Because before all other life was created, Jesus was a spirit creature who lived in heaven. He was ‘the only-begotten Son of God.’ (John 1:14; 3:18) Only Jesus was there with his Father before all other creation began, and his Father was able to give him His complete attention. As they communicated with each other over thousands and thousands of years, Jesus learned about his Father and his qualities. As their relationship became stronger, their love and affection for each other grew deeper. (John 5:20; 14:31) Imagine how much Jesus learned about his Father’s personality!

Similar language can be spotted all over JW publications, past and present. They aren’t shy about their denial of Jesus’s divinity. It’s not a cover-up. Their position is clear, and the BC position is clear: “…Light of Light, very God of very God, begotten, not made” (Nicene Creed). Thus, if we are willing to think and speak with nuance, the divine nature of Christ is one topic where fruitful discussion might be had with a JW friend.

There are plenty of other topics where nuances could be understood and discussed: (1) JWs have their own translation of the Bible, the New World Translation, that is translated and worded in support of their views. So, yes, they believe in the Bible, but only their version. (2) JWs say they believe in salvation through Jesus, but they deny the doctrine of justification by faith alone. (3) JWs believe that the 144,000 referred to in Revelation 7:4 and 14:1–3 are the “anointed ones” from among the JWs. This belief is biblically unsustainable. (4) JWs deny the existence of hell. “God never could have contemplated anything like purgatory or eternal torment in hell. That would be the farthest thing from his mind” (from a 1952 edition of The Watchtower).

Like the list at the top, this one could also be very long. There is no shortage of topics where a deeper study of the nuances would reveal major differences between the beliefs of BCs and JWs. Again, to engage a JW respectfully, these nuances should be understood as accurately as possible.

It seems, then, that the best way to approach a JW with the gospel is by being friendly and by being knowledgeable of nuances. The alternative is rudeness (or spiritual smugness) coupled with ignorance. That approach doesn’t line up with the spirit of the gospel we want to share.

Jason Dollar
Jason Dollar is the pastor of Rock Mountain Lakes Baptist Church in McCalla, Alabama. He is married to Page and they have five children.
Topics 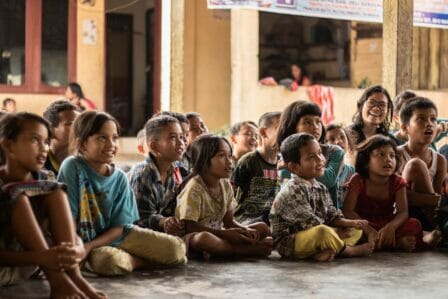 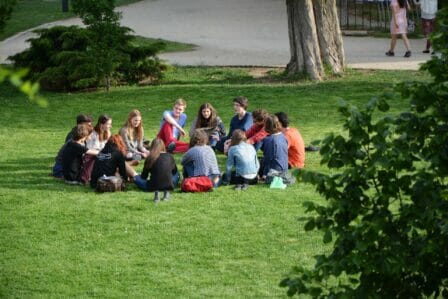