The Most Astounding Claim in all History

Almost everybody I meet who knows anything about Jesus, regardless of where they live or what they believe, almost everybody says that Jesus was a good man in history. He was a man they can identify with.

Jesus lived a common life. He was familiar with sorrow and struggle and suffering. And people not only identify with him, they admire him. Twenty-first century people find much to admire in the Jesus of the first century. He was loving and kind. He championed the cause of the poor and the needy. He made friends with the neglected and the weak and the downtrodden. He hung out with the despised and the rejected. Even when he was fiercely and unfairly attacked, he didn’t retaliate. He loved his enemies and he taught others to do the same.

Jesus was humble in every way, but what’s so interesting is that alongside Jesus’ humility, he was always talking about himself. And he made some pretty extravagant claims about himself.

I think Jesus’ most astounding claim is John, Chapter 14, verse 6. Before he would be betrayed, arrested, and crucified on a cross, Jesus told his disciples, in response to a question from one of his disciples named Thomas: “I am the way, and the truth, and the life. No one comes to the Father except through me” (John 14:6). Now that is an astounding claim. Just think about what Jesus was saying.

In a world of many ways, Jesus was claiming to be the way.

In a world of many different religions, Jesus was saying that he was the way to God. The essence of what Jesus taught is that all people everywhere, including you and me, have been created by God, but we have all turned to our own ways.

It looks different in each of our lives–each of our stories is different–but what unites us all is that we’ve all turned from God’s way to our way. The Bible (and Jesus) calls this sin. And sin separates us from God. Not only does it separate us from God, but it makes us guilty before God. According to Jesus, this is our biggest problem. We have all (in different ways) rebelled against God, and we stand under the judgment of God. In John 3:36, Jesus spoke about how all people are under the wrath of God, the just judgment of God, because we’ve turned away from him. And at the same time, he says that he is the way to be saved from that wrath. He is the way to be saved from that judgment. He is not just a way, but the way, and all who don’t believe in him remain under God’s wrath.

“Whoever believes in the Son has eternal life; whoever does not obey the Son shall not see life, but the wrath of God remains on him” (John 3:36).

That is a huge statement. Jesus is fundamentally denouncing the idea that all religions are fundamentally the same and equally valid. Many people would say religion is a matter of preference or personal taste, and no one of them is any more true than the others. They would claim that your faith is kind of like ice cream, for example. Just as you would choose your favorite flavor of ice cream, you choose your flavor of faith. You choose whatever way works for you.

Amidst a culture that questions truth, Jesus claims to be the truth.

And this is where Jesus’ claim goes to another level. When Jesus says he’s not only the way, but amidst a culture that questions truth, Jesus claims to be the truth.

We live in a culture that sets truth aside and says faith is a matter of personal taste or even tradition.

And to that culture that sees faith as a matter of taste (whatever works for you) or tradition (whatever’s most acceptable around you), Jesus says that faith is a matter of truth. “So Jesus said to the Jews who had believed him, ‘If you abide in my word, you are truly my disciples, and you will know the truth, and the truth will set you free’” (John 8:31-32). It makes sense when you think about it; all religions can’t be true at the same time.

So either God does exist (which Christianity and other religions would claim) or God doesn’t exist (which atheism or agnosticism would either claim or lean toward). This is not a matter of taste or tradition; this is a matter of truth. Either God is or God isn’t. Atheists or Christians, for example, are basing their lives on a lie. They can’t both be right.

Atheists or Christians are basing their lives on a lie. They can’t both be right.

Think about Islam and Christianity. When it comes to the death of Christ, Christians obviously believe that Jesus died on a cross. Muslims, however, deny that Jesus died on the cross. Both of these belief systems can’t be true at the same time. Either Jesus didn’t die on the cross and didn’t rise from the grave—and if that’s the case, then Christians, the Bible even says, are wasting their lives and are to be pitied among men—or Jesus did die on the cross and did rise from the dead, in which case this has huge ramifications for every single Muslim and every single person in the world.

Eternity is dependent on what’s true, not on where we were born or what we prefer. Forgive me for stating the obvious, but certainly where we’re going to spend eternity is a more important decision than whether we’re going to eat chocolate or vanilla ice cream.

Jesus claimed to be the true representation of God.  He also claimed that all people have turned away from God and that the only way to be brought back to God was through what he would do on the cross. Days, even hours, after Jesus said these words he went to a cross, where he (who had never once sinned against God) was crucified and put to death.

Death is the payment for sin, the just judgment of God due sin. But if Jesus had never sinned, then why did he die? And the answer is, “He died in the place of sinners.” He died for you and for me. He took the just judgment due you and me upon himself. When you put your faith, your hope, your trust in what Jesus did for you on the cross, you can be restored to God forever.

Not only did Jesus claim to die, but he also claimed to have the authority to conquer death by coming back to life.

Many people have made extravagant claims in history, including many religious teachers, but in all their lives their death was the tragic end of their story. Whether it was Muhammad dying at 62, Confucius dying at 72, the Buddha dying at 80, or Moses dying at 120-years-old, all these leaders’ deaths marked the end of their stories.

To all who long for peace and joy in life, Jesus claims to be the life.

But Jesus’ death, in a very real sense, marked the beginning of his story. For he claimed not just to be the way and the truth, but to all who long for peace and joy in life, Jesus claims to be the life. And three days after he died, of his own accord, he was alive. This makes Jesus utterly unique in the history of the world. Who else has conquered death?

Which is why Jesus was always talking about life, especially eternal life. He would meet people at different points in their lives and he would find them with the same longings that you and I have–longings for peace, for comfort, for meaning, for joy, for life to its fullest.

An important question: Do you believe the claims of Jesus?

“Jesus said to her, ‘I am the resurrection and the life. Whoever believes in me, though he die, yet shall he live, and everyone who lives and believes in me shall never die. Do you believe this?’” (John 11:25-26).

When it comes to the resurrection, I always point out to friends who aren’t Christians that the burden of proof is not just on Christians; it’s on non-Christians as well. There is no question – even among the most secular of scholars – that around 2,000 years ago an entirely new religious community and movement was formed almost overnight. And immediately, hundreds of people started claiming that Jesus had risen from the dead, even when it meant they would die for making that claim. A fast-growing movement of people now makes up what some estimate could be as much as a third of the world. So how do you explain that? If you don’t believe in the resurrection of Jesus, then there’s a burden of proof to provide some other plausible account for how the church was started.

A more important question: Will you receive His love?

Then he said to Thomas, “Put your finger here, and see my hands; and put out your hand, and place it in my side. Do not disbelieve, but believe.” Thomas answered him, “My Lord and my God!” Jesus said to him, “Have you believed because you have seen me? Blessed are those who have not seen and yet have believed.”

The most important question: Will you call Him Lord?

Will you say, in your life, “I am a sinner…I have turned away from God…but I believe God loves me…and I put my trust in what he has done for me in Jesus…and I confess him as my Lord and my God.” And John 1:12 says that (paraphrased) for all who believe in him, for all who receive him, he gives the right to become children of God.

This post was adapted from the sermon “The Most Astounding Claim in all History” by David Platt.  Listen to the full sermon in our Resource Library. 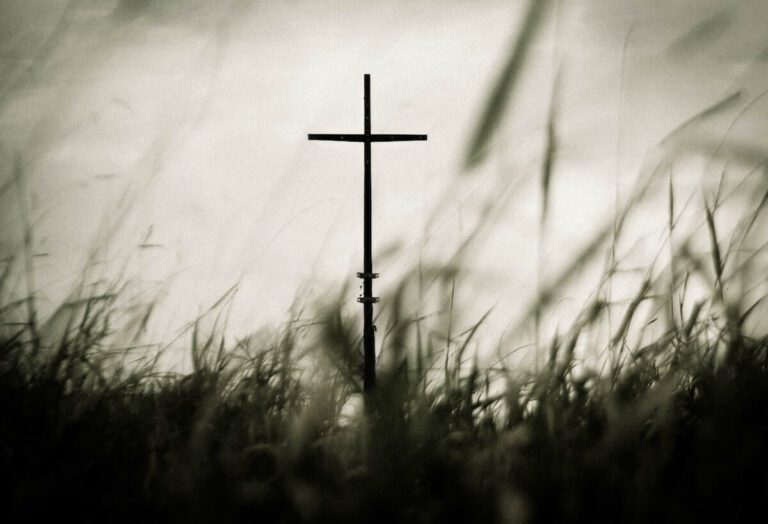 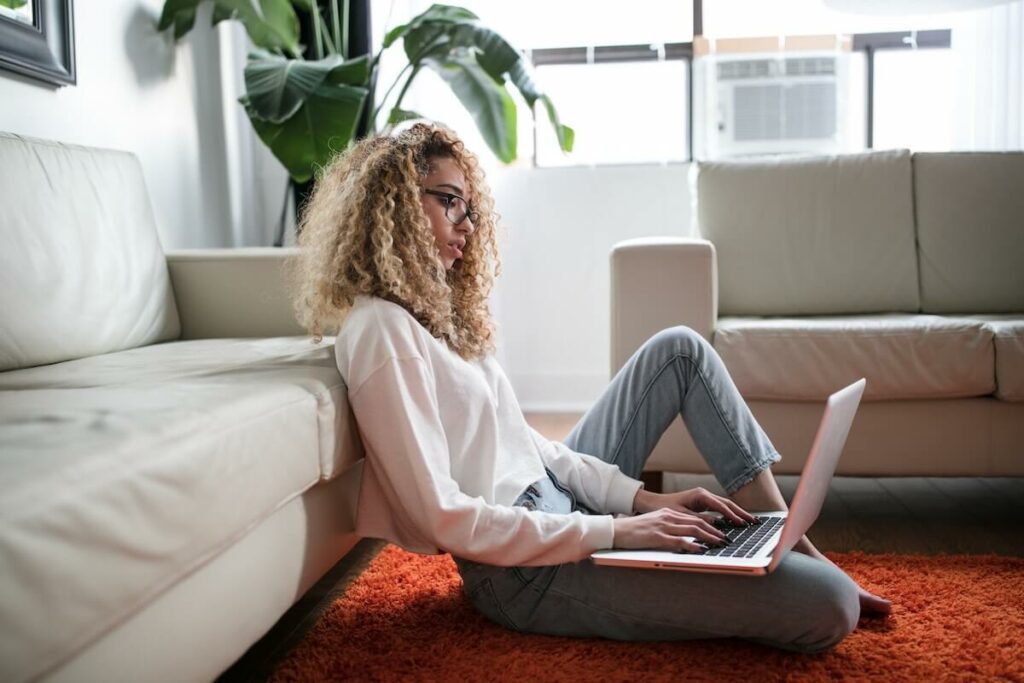 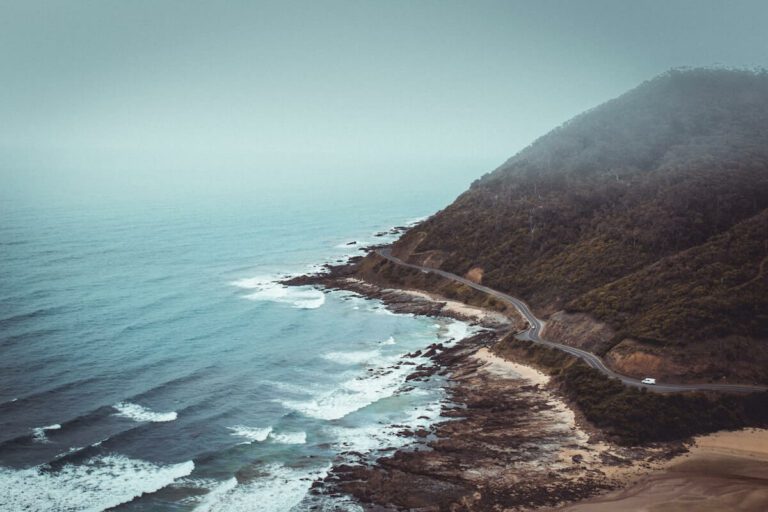 Processing My Role in the Great Commission