The Bible makes it clear that God’s people should be devoted to prayer. God commands followers of Christ to “continue steadfastly in prayer, being watchful in it with thanksgiving” (Col 4:2). The assembly in early Acts did in fact devote themselves to prayer (Acts 2:42). There should be no question, then, that we should pray, that we need prayer, and that a loving heavenly Father invites us to pray.

Of all the things we could pray for, there are some prayer concerns that seem to hit the table repeatedly. One of these concerns is praying for those who aren’t married. As a single Christian, if I had to tally the various types of prayer support I have verbally received, some version of “I’m praying that God will bring the right person into your life” would probably be near the top of the list.

So I want to ask one main question: How should Christians think about praying for singles in regard to a future spouse? My initial answer, as counterintuitive as it may seem, is this: perhaps we shouldn’t think about it so much.

We have great liberty to ask many things of God. He tells us to cast all our cares on him, because he cares for us (1 Pet 5:7). If finding a spouse is a care, whether for ourselves or for someone else, then we are welcome to pray. In fact, prayer can express our desire to trust in God, an attitude that stands in contrast with the sinful anxiety and manipulation that can accompany the dating, courting, matchmaking, or e-harmonizing environment of some Christian circles.

I hope I don’t sound ungrateful for prayer. I often tell people that I’m thankful for any prayer I get about anything, and I mean that. What a kindness from God that other brothers and sisters in Christ would think about me, love me, and pray for me. Furthermore, I understand that many people are simply praying for others because marriage has profoundly shaped their own life. For most married Christians I know, marriage has been such a wonderful gift and blessing that they cannot help but wish it upon others!

Despite our good intentions, we should search Scripture and face squarely the question of how much the priorities of our own prayers align with the priorities of Scripture’s prayers. I wonder if we will find potential spouses to be quite the all-consuming subject that they seem to be for the prayer lives of some.

Yes, it’s true that Abraham’s servant prayed for success in his bride-hunting venture for Isaac (Genesis 24). But it’s more common to find saints praising God for who he is, confessing sin, and thanking God for his gracious redemption. Look, for instance, at the Apostle Paul’s prayers and notice how consumed he is with what could generally be called redemptive concerns.

Paul’s heart’s desire and prayer for Israel is not that they all find a spouse but that they will be saved (Rom 10:1). As Christians, we do seem to grasp that the most fundamental need for the lost is that they would be brought to faith in Christ. But once someone becomes a follower of Christ, we can forget that they need prayer to have their eyes more enlightened (Eph 1:18), to experience God’s love in Christ in greater measure (Eph 3:17-19), and for endurance and patience and joy (Col 1:11).

I’m no church historian, and I’m welcome to correction on this point, but when one reads the Reformers and the Puritans, one doesn’t generally find a heavy accent on praying for future spouses. Why is that? Perhaps they were often so immersed in Scripture that their prayers reflected the topics and language of the Bible, and they simply didn’t find praying for “the one” to be a major theme in Scripture. Perhaps at their best, they were so consumed with Christ and his glory that everything else served that goal, rather than the goal of human marriage.

This brings me to a further question. It’s true that marriage can be a blessing from God that serves his glory and his redemptive ends, but is it the only way he works in our lives for his glory? If not, then why do we sometimes pray like it is?

God blesses his people and brings glory to his name through an array of means, including Scripture, preaching, the Lord’s Supper, and the intimate fellowship of believers gathered together in a church family. Why would we pray for people to love a future spouse that might exist and forget to pray that they would love the people in their own church that do exist and that they have already covenanted to love?

I’m not offended or annoyed when people tell me that they are praying for me to get married. But I hope these same people are also telling single Christians, “I’m praying for you that God would unite your heart to fear his name” (Psalm 86:11). I treasure the occasions when someone looks me in the eye and says: “You need to pray that God would help you to count everything as loss because of the surpassing worth of knowing Christ Jesus, of gaining him and being found in him, not having your own righteousness but his.” (Philippians 3:7–10).

Human marriage is a glorious picture of a greater union (Ephesians 5:31–32), and our prayers should reflect our affirmation and experience of that greater relationship. Perhaps when Paul prayed for Israel to be saved he was praying for them to find “the One” after all.

Micah McCormick
Micah McCormick is an assistant pastor at New Hyde Park Baptist Church on Long Island, New York, where he has served for the past five years.
Topics 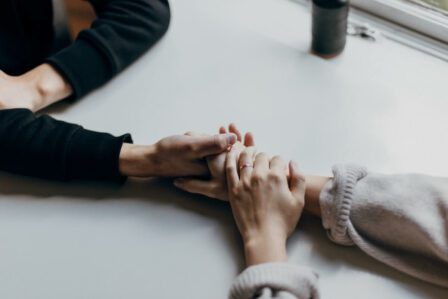 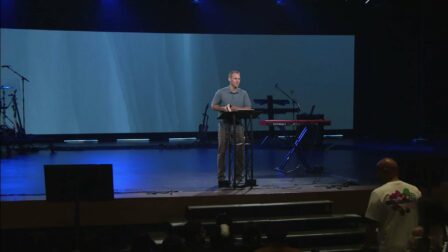