Despite the fact that the issue of abortion continues to be one of, if not the, most hotly contested issue of our day, as Christians we do not have the option of simply ignoring it just because it is controversial or might cause division. Scripture is clear when it comes to the value of human life, and it is equally clear that God is intimately acquainted with unborn children in the womb of their mother.

“For you formed my inward parts; you knitted me together in my mother’s womb. I praise you, for I am fearfully and wonderfully made. Wonderful are your works; my soul knows it very well. My frame was not hidden from you,  when I was being made in secret, intricately woven in the depths of the earth. Your eyes saw my unformed substance; in your book were written, every one of them, the days that were formed for me, when as yet there was none of them.” (Psalm 139:13–16 ESV)

In light of the fact that this coming Sunday is Sanctity of Human Life Sunday, and since we are coming up on the 48th anniversary of Roe v. Wade (the Supreme Court decision that made abortion legal), we wanted to highlight some resources from Radical on this issue.

The sanctity of human life certainly extends beyond the issue of abortion, and our response to this evil must include caring for and ministering to mothers who are considering abortion. However, we do not have the option of downplaying the need to protect the most vulnerable among us—the unborn—from being killed. We hope the following resources will help you think through and respond to this issue appropriately.

In addition to the above resources from Radical, see also the following articles and books on this topic: 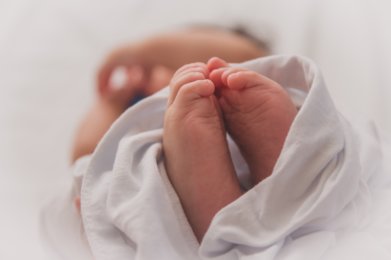