Like many young people who go overseas, I zealously boarded a plane for a distant land—Brazil—where I would do gospel-work for six months. I stepped out of the airport, and I felt like I stepped into a movie. All foods tasted good. All sounds rang like a symphony. But my mentors, who were veteran missionaries, alerted me to something they termed “culture stress.” They suggested that culture “shock” did not hit you, but little things over time would begin to stress me out.

Indeed, the stress mounted. One miscommunication. Another church service not in my native tongue. The next awkward stench. The sounds are now a cacophony.

At some point or another, I turned more and more inward—like a rosebush eating itself, I felt more of the thorns and refused to see the rose that was these incredible people God led me to. Instead, I began to dehumanize them in my mind. Did you see what I did in that last sentence—I made a distinction between “them” (“those people”) and myself. I was forgetting what the Bible said about race: the Brazilians and I shared an ancestry and shared a need of salvation. I was forgetting the ethnic reality that stated that God enjoyed hearing his name praised in the Brazilian tongue just as much as my own.

This is why a biblical understanding of race and ethnicity is so crucial—it explains why loving others and sharing the gospel is often so difficult: people have a lot in common, and, at the same time, we don’t have a lot in common. We idolize, and we demonize. We over-contextualize, saying, “The best way to worship is how we worship.” We under-contextualize and let the truth blend with error. Sadly, we can know all of this and in sin deny it or forget it!

And as the stress mounted, I forgot the biblical view of race and ethnicity. And so I erased my love for my Brazilian brethren; I erased the image of God in them from my sights. Missionaries experience this. They begin to crack jokes about the national’s culture as they elevate their own.

We do this at home, too.

We begin to emphasize our differences and demonize others rather than focusing on our commonalities and praising God for our differences. We fear stepping outside of our cultural, ethnic comforts. We fear those people. We’re like Peter shrinking back from the Gentiles because he didn’t want to be seen with them. Notice that Peter didn’t use any slurs or lynch any bodies. He simply preferred comfort and feared man. And that was enough for Paul to condemn him for being out of step with the gospel. Racial and ethnic categories are gospel-issues. Are you in step?

God created our differences for the praise of his name, not the fearing of man. When this fear is taken to its greatest extent, hatred blooms. A hatred that justifies a man treating another man like an animal because he believed that other man was subhuman—as seen in The Antebellum South of the U.S. A hatred that divides where women can sit on a bus—as seen in the Jim Crow South.

But there was a man who refused this erasure. He dreamt of “that one day little black boys and girls will be holding hands with little white boys and girls.” Brothers and sisters, do you dream like this? Do you dream of an even greater day when children of God from all ethnicities will hold hands around his throne praising the Lamb? As my pastor says, that’s what heaven is after all: diversity united around God’s throne.

By God’s grace, that dream, filled with divinely united diversity, will one day turn to reality, and the church—fully dependent on God’s Spirit—is the primary agent of this dream becoming sight. Are you dreaming or erasing?

I think most Christians are not consciously Jim Crow. Most Christians want to love God and neighbor. But still, we’ll be walking in another neighborhood and feel uncomfortable when someone walks toward us. They look too different and therefore potentially unsafe. That person walks past us, doesn’t harm us, and we feel ashamed for thinking of them so negatively. There’s so much shame in the race and ethnicity conversation. Where might we begin?

At the Foot of the Throne. In Acts, the church constantly and desperately prays for God to work. If we’re not in regular, desperate prayer about these issues of race and ethnicity, then we’re saying that we can handle them on our own. History makes clear, we can’t. Over time, we may begin to believe that God can’t handle this either. But what is impossible with man is possible with God (Luke 18:27). Pray to him about these matters. Pray big prayers. Pray often.

In the Word. Once a friend asked what book he should begin discipling someone else with. One of our pastors gently replied, “The Bible.” It wasn’t a Jesus-juke. He seriously believed that there is no better book for the Christian to know than the Scriptures. I fear that many Christians do not believe the Word of God sufficiently speaks to race and ethnicity, but it does! Study it like the Bereans on these matters (Acts 17:11). Use the texts cited in this article to that end. We often speak out of conjecture or conviction. The former is the easier option, but is sinking sand to stand on. The latter is firm ground, and can only be true when derived from God’s Word and established by God’s grace.

The Word of God gives us the right categories and the right goals in the race/ethnicity conversation. For example, how many churches have accepted the world’s standard of success and tried to build utopia here on this fallen earth?

God’s Word frees us from shame and reminds us that our goal on earth is not perfection here and now but faithfulness (Matt. 25:21).

And you can start being faithful by simply inviting someone different to your dinner table. You might begin there. A small meal with someone unlike you. A small conversation with someone you don’t normally talk to after church. The wonder of faithfulness is that it often starts small.

But then, by God’s grace, our faithfulness just might become our big dreams in time. 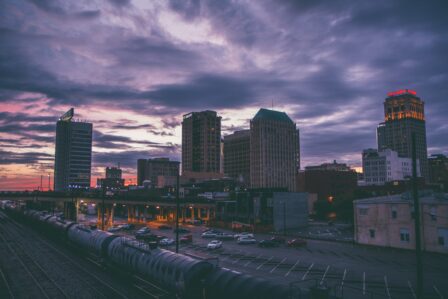