Compassion is More than a Merit Badge

When I was a child, I was involved in Royal Ambassadors, or RA’s (essentially, Boy Scouts for Baptists). Every week I looked forward to the day where I would spend the afternoon at the church my father pastored with our RA leader and work on my RA badges. To this day, if you utter the words, “As a Royal Ambassador I will do my best . . .,” I will feel compelled to shout back, “ . . . to become a well-informed, responsible follower of Christ!”

In RAs, I learned a great deal about the gospel, the Bible, and the character of God, and I’m still grateful for that training today. At the time, however, the thing I was most excited about was the patches. I had the physical fitness patches, the service star, the camp-craft patch, and a patch about fishing that I cannot now verify was real and have a hunch was just an excuse to make me go fishing. I loved wearing my blue and gold RA vest and displaying not just my accomplishments but, even more, my good character. Fifteen years later, I am out of shape, a terrible camping companion, and I’m useless on a fishing trip. To be honest, I’m not sure my efforts and accomplishments were ever much to brag about. But for years, if the topic came up, I would happily share that I knew the pledge, achieved the highest level, and earned all of the badges, despite my minimal effort and commitment.

Beyond Badges
Since my time in RA’s, I’ve realized that many Christians operate the same way with their religious activities, and perhaps never more than when it comes to mercy ministries or matters of compassion. As a part of my job, I am constantly sharing with people about how the church should meet the needs of foster children. One trend I’ve noticed is how people will rush to tell me about the mission trip they went on years back, or how they watched a documentary on the subject, or how they know someone who did fill-in-the-blank kind of ministry once and how impressed they were by it. But, as everyone I’ve ever met in the non-profit world of compassion ministries (foster care, adoption, homeless, addiction rehab, etc.) can attest, the overwhelming response of self-proclaiming born again Christians is that these ministries are for someone else. God simply has not called them.

Yes, they have three empty bedrooms at their home, and they were great parents to their own children. Yes, they have always said that one day they’d like to be involved in foster care, but right now they are just not at a place where they can comfortably get involved. Yes, the most powerful moment in their spiritual life has been holding those hurting children in that faraway place! But no, God is simply not calling them to that.

As I have these conversations again and again, I realize that many Christians are not so different than I was as a child: proud of the badges they earned long ago, with little sustained effort and less long-lasting impact. So many of us have become like the trope of the overweight personal trainer, gorging ourselves on personal comforts while boasting of the important things others can accomplish.

In the midst of this compassion confusion, Jesus is calling us to something better. When He saw the crowds of afflicted people who had been abused and neglected by those who were meant to care for them and give them justice, the Bible tells us “he had compassion for them, because they were harassed and helpless, like sheep without a shepherd” (Matthew 9:36). He was, quite literally, moved, just as you and I are when we see great suffering in the faces of those we love. This is more than the feeling we get before we change the channel when the sad puppy commercial comes on. It’s more than feeling secondhand embarrassment for someone who has gotten him or herself into a painfully awkward situation. Christ, the One who holds together creation itself, was profoundly moved. And His response for us is instructive.

Jesus does not begin with a marketing campaign. He does not have a short conversation about how “that is so sad” and then get back to his travels. He does not merely “bless their heart.” Instead, he does two things that are instructive for us in the virtue-signaling atmosphere in which we now find ourselves.

Christ’s Compassionate Example
First, Jesus makes disciples. Before he acts, before he heals, before he does anything else: he equips. The God-man who has been healing across the countryside does not set up a long line for the sick to come to Him one by one. Instead, He calls the disciples to himself, equips them with his message and his power, and sends them out to meet the needs of the people (Matthew 10). This is what he did then, and it is what He does now. He chooses to use us.

If you and I are called to be disciples of Christ, then we are the hands and feet of Jesus, set apart to bring mercy and justice. In our equipping and disciple making, in our theological teaching, and in our day-to-day mission as Christians, we must have our eye towards those whom God has told us he has a heart for: the fatherless, the widow, the sick, the oppressed, and the poor (Isaiah 1:17; James 1:27).

Second, Jesus and the disciples meet needs at great personal cost. It’s quite shocking that when Jesus sends His disciples in Matthew 10 to heal, raise the dead, cleanse lepers, cast out demons, and refuse payment (other than food) He also tells them that there will be those who reject them (10:14), those who drag them before the authorities (10:18), and those who persecute them (10:23). Still, for the sake of the harassed and helpless, Jesus commands them to go regardless of the great personal cost. Why? Because He, Jesus, is our Lord, and, “a disciple is not above his teacher, nor a servant above his master”(10:24).

We know that, ultimately, Jesus would meet needs at a personal cost far greater than mere rejection. According to Isaiah 53:5, it is “with his wounds we are healed.” Jesus gave his own life to defeat the greatest oppressors––sin and death––by bearing the wrath we deserve. At great personal cost, Jesus provided all that was necessary to accomplish their redemption and restoration.

This is still Jesus’ ministry today, and as his disciples, we are not better than our Lord. We are equipped and empowered with the message of the gospel, the message that meets people’s greatest need. Yet, like our Lord, our compassion should also drive us to meet the physical afflictions people face in their day-to-day lives. We should use the means, gifts, and abilities the Lord has given us to steward. We will have reservations, difficulties, failures, pains, and perhaps even endure rejection, thanklessness, and grief. Jesus knew this, and yet he still walked that path and calls to each of us, “Follow me.”

Griffin Gulledge
Griffin Gulledge is a graduate of Auburn University and Beeson Divinity School at Samford University. He is a member of Calvary Baptist Church in Dothan, Alabama. You can follow him on Twitter @griffingulledge.
Topics 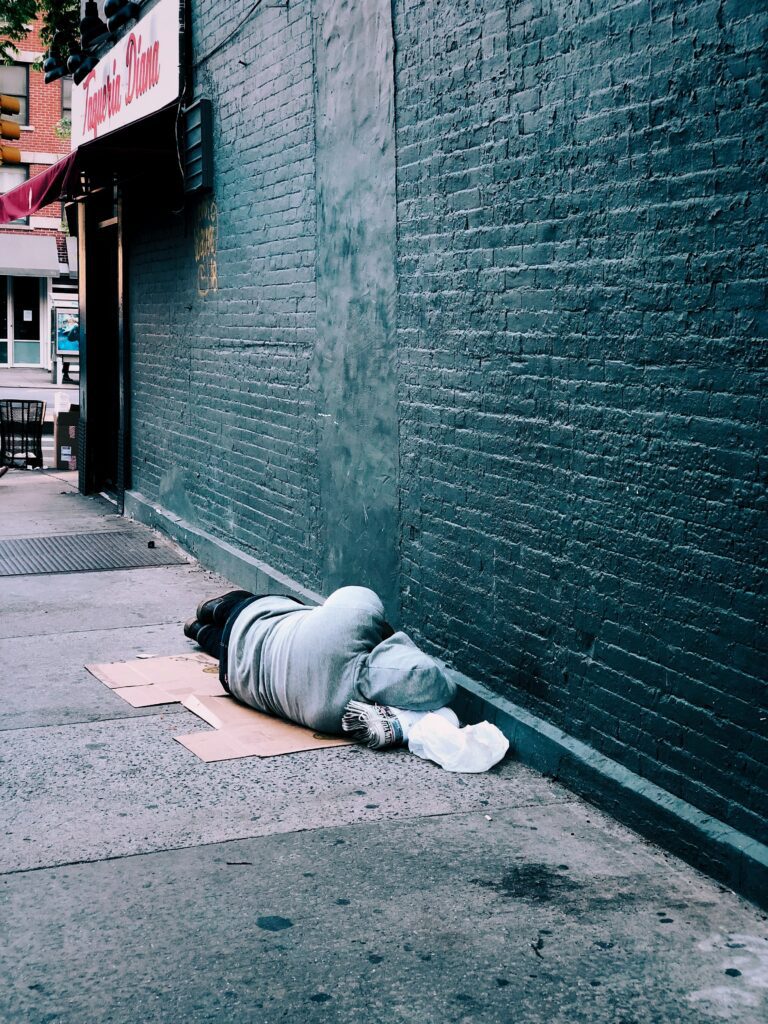 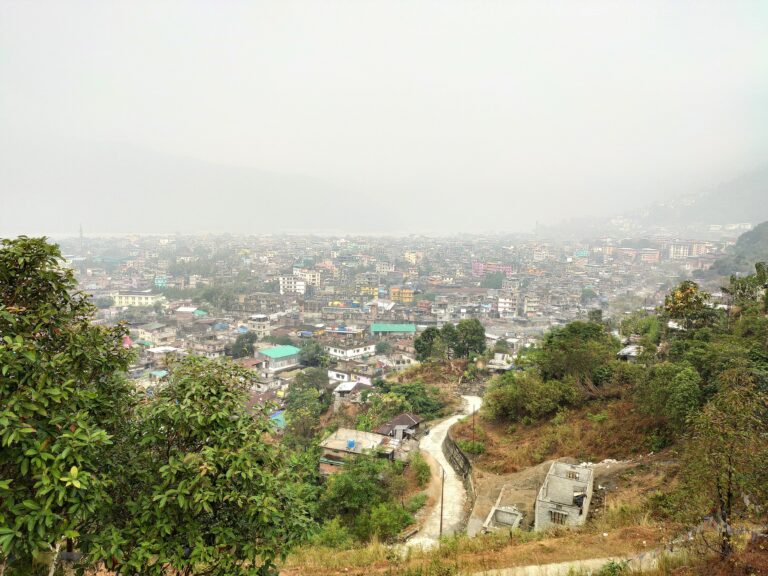 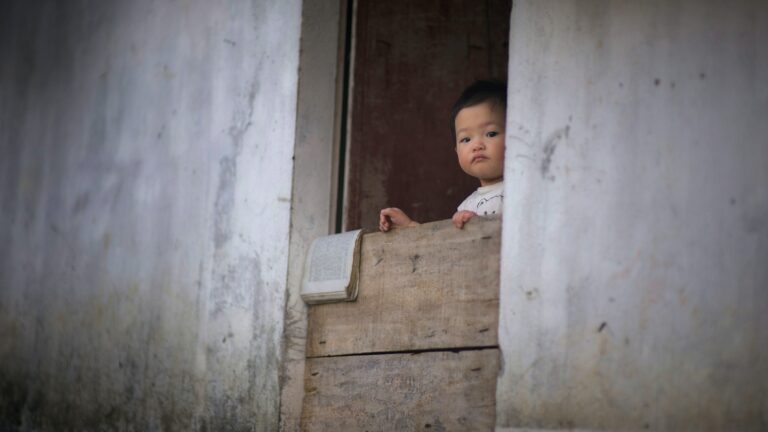