Social media is a two-edged sword. At its worst, it preoccupies us with ourselves and the things of this world. At its best, it is an avenue for the gospel to penetrate unreached people groups.

We’re excited to tell you about a specific initiative aimed at helping you do the latter.

The Somali people are located in the Horn of Africa, our Secret Church 9 prayer focus. An unreached people group, there are nearly 17 million Somalis. War and famine has led many of them outside the borders of Somalia, yet they remain unreached with the good news of Jesus. Thankfully, there are some invaluable efforts currently underway to change this. But we’d like to add one.

We’re calling it The Horn Project. It’s creative, unconventional, and cutting edge. And it’s dependent on you. Here’s how it works:

Above is an animated video in the Somali language. In under ten minutes, the history of sin and the need for a blood sacrifice is traced all the way from Adam to Jesus, the perfect Lamb of God. Now it just needs to be viewed by Somali people.

This is where you come in. You can actually help us get this video in front of Somali people. Through a web campaign, Somali-speakers will be targeted with a Facebook ad for this video. These ads will be much more effective if the video is highly viewed.

And not just you, but your family, your church, your friends, your small group, and your co-workers, too. The more views it gets, the higher the chance it’s seen by Somali eyes.

We know you probably don’t speak Somali, and that’s okay. We simply need the number of views to increase. So over the course of the next two weeks, get to watching (and re-watching) and sharing. Post it on your Facebook page, tweet it from your Twitter account, pin it on your Pinterest board, and employ any other social media accounts at your disposal.

The Horn Project is an easy way to help make disciples of all nations. As you participate, pray that this video would ultimately be seen by the right people, that the Lord would transform hearts, and that God would then bring believers to follow up with them. Pray that the Somali people would put their trust in the one true Savior.

— To understand the message in the video that you’ll be sharing,  you can download the Somali Video Transcript below. 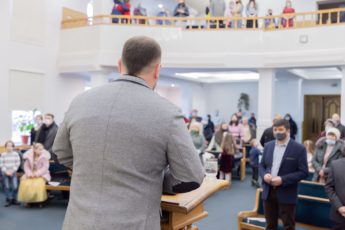