It's Go Time: Pray for the Somalis and The Horn Project - Radical
Skip to content

Starting today, a Facebook ad will be released for an animated explanation of the gospel in Somali (embedded above). We’ve asked you to watch the video over the last two weeks because the more views the video has, the more additional exposure it will get (The Horn Project: Reaching Somalis Through YouTube). We want you to keep watching it and sharing it, over and over again. But even more so, this week especially, pray for the Somalis that will see it.

Pray that the right people see it. Somalis in the Horn, yes, but Somalis far beyond too. There are 42,000 Somalis right here in the US.

Pray that the Lord begins to soften their hearts even now. Ask God to work through their current circumstances to lead them to him.

Pray that hearts would be supernaturally transformed. The gospel is the power of God for salvation to everyone who believes. Only He has the power to regenerate dead hearts.

Pray that believers would surround them. With a project like this, follow-up and involvement in a local church is critical.

Here are some suggestions for how to pray this week:

Get creative, but pray hard. YouTube is powerless; real success – the salvation of souls – can only come from the hand of God. 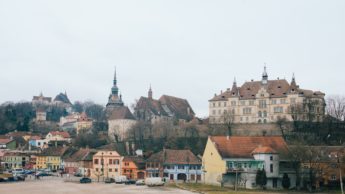 The Challenges of Legalism and Unhelpful Traditions in Romania