For seven years in a row, Kristyn and I have had the privilege of touring the country with our Irish Christmas concert. Irish reels, cultural Irish dance, the choral sounds of the season and, of course, rich congregational singing of carols old and new fill the concert. We have enjoyed working with many special guests along the way, such as Heather Headley, John Patitucci, David Kim, Laura Story, Ricky Skaggs and many others.

But this year, a very unexpected guest has been added to the talented lineup: Martin Luther.

Obviously, he will not be tuning the piano. Or check the microphones during sound check. Or take the stage to lead one of the carols. Even so, Luther’s influence has drastically altered the direction of our show. As we have been celebrating the 500th year of the Reformation, our hearts have been reminded and reawakened to the authenticity of the pure gospel that transformed the Europe of Luther’s lifetime. Through which Christ has continued to transform countless lives ever since. We have a holiday reformation.

Many people do not realize that Luther was known (and also feared by his enemies) as much for the hymns he composed as the theses he nailed to that infamous door. His theology may have produced the spark of the Reformation. But his insistence upon the sacred act of congregational singing helped to stoke the blaze for centuries to come.

There is no better time of the year to sing together as a family or as a congregation than Christmas. Many of the most well-written, theologically-rich hymns of the faith happen to also be Christmas carols. We knew what we had to do—we set out to “reform” our Christmas show.

The Power of the Gospel in a Holiday Reformation

This reformation began with a renewed emphasis on the audience singing together. We also elevated the role of scripture in the event, interjecting many live readings from God’s Word. And like Luther, we also set out to emphasize a more biblical viewpoint of the incarnation at the event. After all, the miracle and mystery of the divinity becoming humanity is the very centerpiece of the Christmas story.

We will sing these sacred truths together in a way that elevates the power and the beauty of the pure gospel. Luther knew that beauty was an important part of the musical process. He promoted the notion of “high art” in the writing and singing of hymns. Mainly because they are reflections and expressions of the eternally creative heart of the Author of all things.

In truth, there is almost nothing more immediately recallable than a beautiful melody paired with a thoughtfully-crafted and theologically-rich text. To miss both components is to miss out on the fullness of beauty and diversity reflected in creation itself. Whereas musical style can be a divisive and oftentimes confusing issue in churches, we find the answer to be found in singing great songs that can be carried for life—old or new.

Holiday Songs Can Build Our Faith

So this Christmas, we borrowed a page out of Luther’s book . . . or hymnal, if you will. He would have thought it a moot and bootless endeavor to preach a sermon full of biblical depth and richness, only to follow it up with a theologically shallow song. He believed that no matter how much it “comes in deep,” it will not “go out deep” if it is not also being sung with spiritual depth and a high, artistic quality reflective of the Father’s artistry. That’s why he said, “After theology, I accord to music the highest place and the greatest honor.”

Luther’s views on the high view of music and the arts helped to reform our Christmas show out on the road, but perhaps his views can also help to reform the way many churches are singing each week here at home. As the great masterpieces of the hymns—the carols—reveal to us each Christmas, there are incalculable spiritual treasures found in the sacred act of singing deeply theological and artistically masterful songs together in our homes and churches.

So this Christmas, in your homes, churches, and prayer closets – sing beautiful songs that build your faith. And continue this holiday reformation for the rest of the year!

Keith and Kristyn Getty occupy a unique space in the world of music today as preeminent modern hymn writers. In re-inventing the traditional hymn form, they are creating and cultivating a catalog of songs teaching Christian doctrine and crossing the genres of traditional, classical, folk, and contemporary composition which are sung the world over. In 2017, Keith Getty was made an “Officer of the Order of the British Empire” (OBE) by Queen Elizabeth II for his contribution to “music and modern hymn writing,” marking the first time the award had been given to an individual involved in the world of contemporary church music. 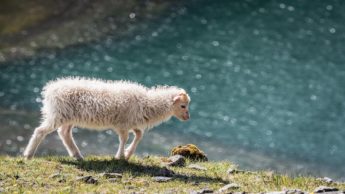 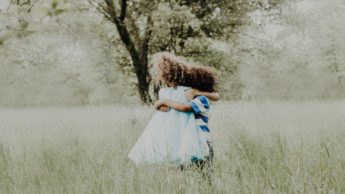 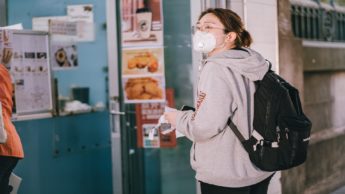 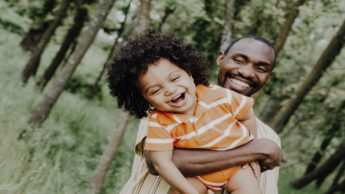 How Should We Practice Family Worship?